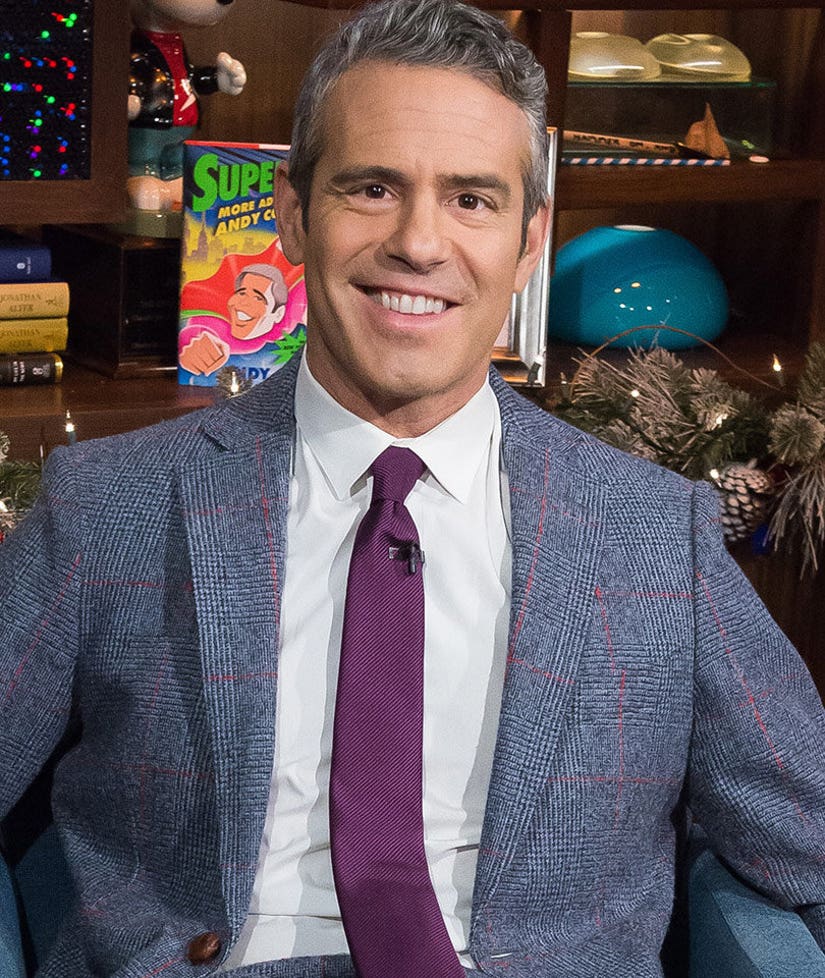 Andy Cohen is DTF when it comes to Justin Bieber -- and that's only one of the surprising tidbits he revealed during a new episode of "Allegedly with Theo Vonn & Matthew Cole Weiss."

The "Watch What Happens Live" host appears on today's new, hour-long podcast, where the trio cover everything from threesomes with celebrity friends to Andy's least favorite guest on his show.

Listen to the podcast below, as we break down some of biggest TMI moments.

When asked if he'd ever hook up with the "Love Yourself" singer, Cohen didn't hesitate: "Yes, of course," he replied.

"I think he's really pretty, I like how smooth he is, not a lot of body hair," he explained. "I saw the dick pic and I think he's got a nice, adult-sized penis."

During the conversation, Cohen also admitted there are some nude photos of himself floating around out there ... but none with his face.

He's Selective When It Comes to Threesomes with Friends

While he counts both Kelly Ripa and Sarah Jessica Parker among his best friends, Andy would only have a ménage à trois with one of them.

"It would be weird," he added, "but I think that I talk to them a lot more about sex than I do with Sarah or Matthew. That is a dialog in our relationship."

No, He's Never High on "Watch What Happens Live"

Though Andy gets never-ending tweets wondering how high he is on the air, the host is steadfast when saying he's only been high on television once.

"I think I just have bloodshot eyes a lot. I don't think I would be a good host going on high," he confessed. "I do drink on my show and sometimes I'm fake drinking. I'll have a drink but I'm not actually drinking it."

That one time he was actually stoned? It happened when he threw out the first pitch at a St. Louis Cardinals game. "After I did so, I ate a pot lollipop and forgot they were going to be pulling me into the broadcast booth for an interview between the sixth and seventh inning," he continued. "They came to get me and I was like, 'Oh s--t.' I was appropriately high at the time. It was all so weird and surreal."

The host has had a ton of celebrities on his long-running show, from Jennifer Lopez to Mariah Carey, but who's been the most difficult?

"Amber Rose was on, who I really liked as a person, but she didn't want to answer any of my questions," he said when asked to name his least favorite guest. "She had sunglasses on, first of all, on TV, I was asking about Kanye and stirring up s--t which is what I do. She was like, 'I'm not talking about that' and I was tossing to commercial break like, 'When we come back we're gonna figure out what Amber will talk about.' She was like, 'Am I the worst guest you've ever had?' I'm like, 'You are in the running.'

"But I liked her, when it was over we laughed about it," he added.

Andy's Friends Smell Great ... But One Broadway Great Does Not

Cohen was also revealed the "smelliest" celebrities he's ever encountered.

"Smelliest in a good way is Sarah Jessica, who always has a lot of her own perfume on. Naomi Campbell always smells good, Oprah had a floral note. I always smell great," he explained graciously.

"There have been some bad breath situations. Andrew Lloyd Weber, you wouldn't want to get in front of his mouth ever. He's got some breath," he surprisingly added.

Take a listen to the complete interview below: