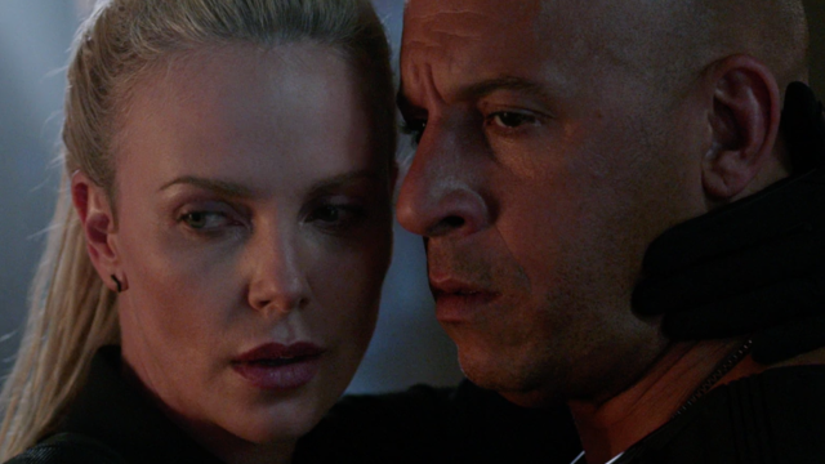 Universal Pictures just released the first trailer for "Fast and Furious 8," which has been re-titled as "The Fate of the Furious."

"Your family is about to go up against the only thing they can't handle: You," Charlize Theron's villain says in the clip. "Did you ever think you'd betray your family the way you did today?"

The trailer sees Dom (Vin Diesel) facing off against his own crew for reasons unknown ... and ends with him kissing Charlize's character as Letty (Michelle Rodriguez) watches.

The official synopsis from the studio (below) addresses Paul Walker's absence, as this is the first full movie in the series to be filmed after his death. It's unclear whether Jordanna Brewster will still somehow appear in the film, but she doesn't show up at all in the trailer.

On the heels of 2015's Furious 7, one of the fastest movies to reach $1 billion worldwide in box-office history and the sixth-biggest global title of all time, comes the newest chapter in one of the most popular and enduring motion-picture serials of all time: THE FATE OF THE FURIOUS.

Now that Dom and Letty are on their honeymoon and Brian and Mia have retired from the game—and the rest of the crew has been exonerated—the globetrotting team has found a semblance of a normal life. But when a mysterious woman (Oscar® winner Charlize Theron) seduces Dom into the world of crime he can't seem to escape and a betrayal of those closest to him, they will face trials that will test them as never before.

From the shores of Cuba and the streets of New York City to the icy plains off the arctic Barents Sea, our elite force will crisscross the globe to stop an anarchist from unleashing chaos on the world's stage…and to bring home the man who made them a family.