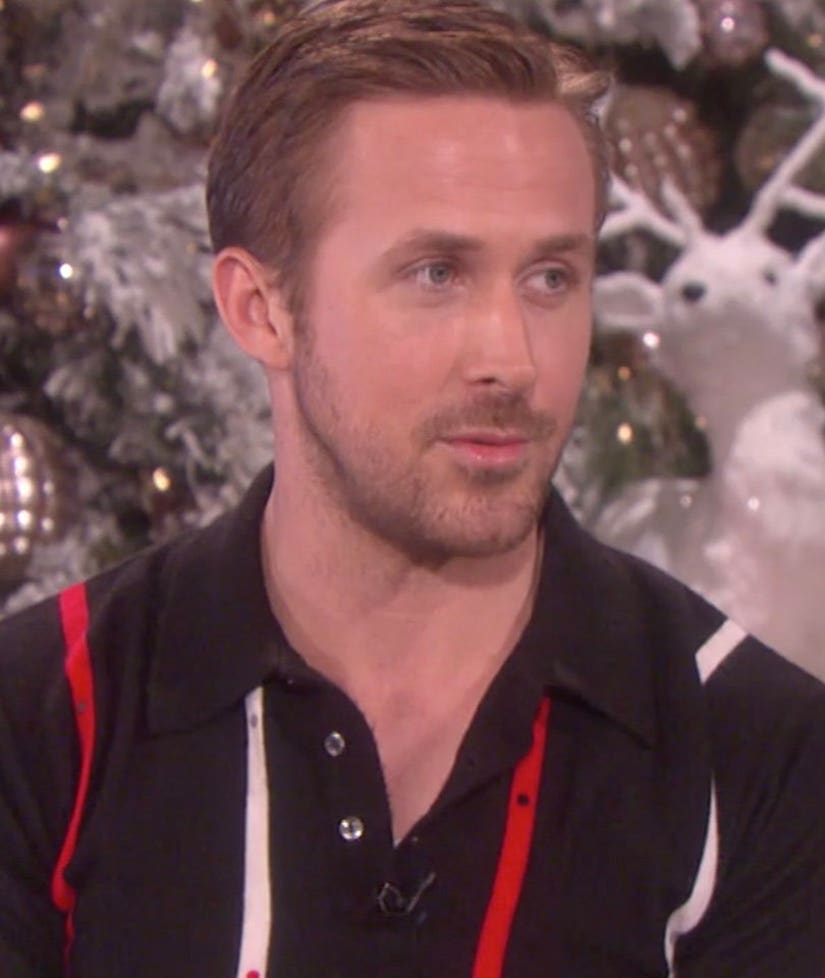 Ryan Gosling revealed what he planned to buy Eva Mendes for Christmas and gushed over the couple's two daughters Esmeralda and Amada on Friday's airing of "The Ellen Degeneres Show."

Gosling stopped by to talk about his Oscar-buzzing movie "La La Land," co-starring Emma Stone "La La Land," but the attention swiftly turned to his family.

After sweeping Ellen off of her feet -- literally -- the two took relaxed poses on DeGeneres' white set chairs and after realizing that sitting atop the chairs wasn't a great idea, Gosling said, "My pants are too tight for this; can we sit down?"

"You have a new baby?" DeGeneres asked Gosling.

"Yes ... Esmeralda is the oldest. Amada is seven months," he said.

When their talk turned to Christmas, the actor said his girls were a little too young to understand gift giving, and joked that he would get Mendes a Roomba for their Roomba.

"I feel bad for it," he said, "because it works tirelessly, and at night I can hear it cleaning downstairs and I just feel bad for it, and when it's tired it goes home and it docks itself, and recharges."

"If it hits your foot, it acts ashamed," he said. "It's complicated, and I want to get a Roomba for my Roomba this year ... so it has company."

After discussing holiday gifts, and what Gosling should actually buy for his long-term girlfriend, Ellen gifted Gosling with his very own Roomba.

See the video (below)!