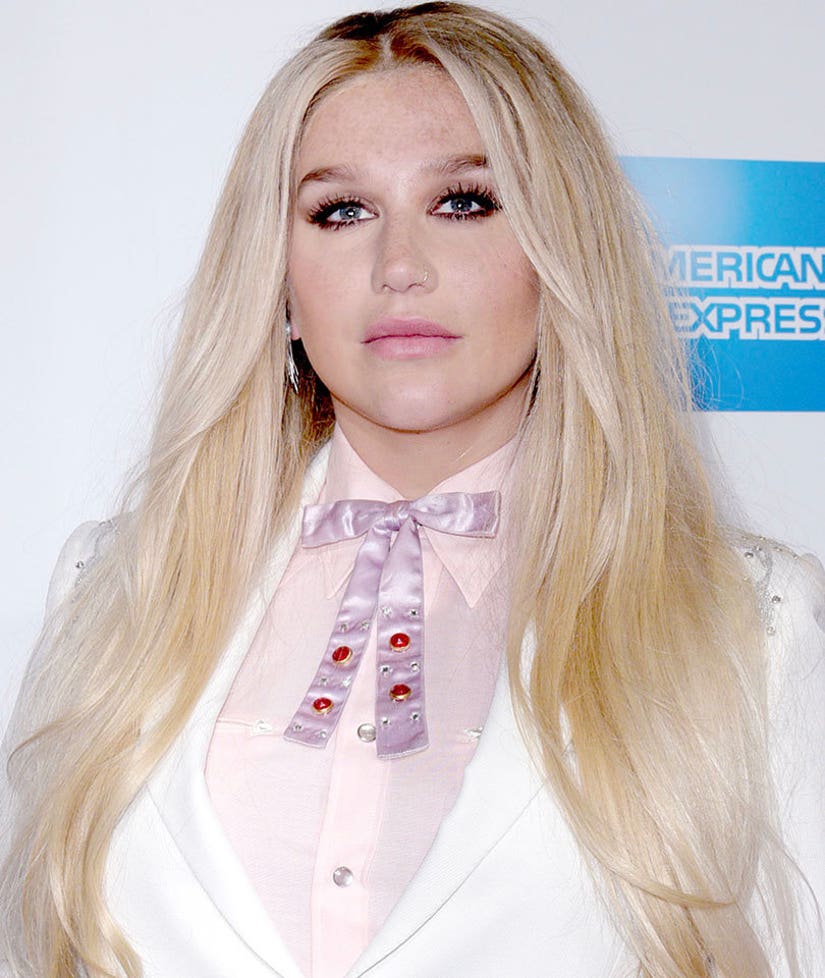 Kesha was extremely candid about her eating disorder at Friday night's "Billboard Women in Music Awards," where she accepted the Trailblazer award.

Kesha's acceptance speech read: "I didn't really feel like standing and getting an award -- I didn't feel worthy of that. But I knew I had to drag myself out of my bed, put on my damn boots, walk up here tonight and say thank you to you guys."

"If I'm lucky enough to have a voice someone will listen to, then I should use it for good, for truth," she said. "It is why I have recently spoken openly about some of my struggles including my crippling anxiety and beginning recovery for an eating disorder amongst many other things. I know I'm not alone. These are struggles millions of people around the world deal with on a daily basis."

"The irony of it is," she said, "when I was very, very sick and getting sicker, I would hear about how much better and better I was looking, and that is a problem. I've decided I want to be part of the solution. And that's why I decided to stand confident in my ever-changing, totally imperfect body and try to live up to and practice the self-worth and self-love that I preach in my music."

The "TiK-ToK" singer also said, "Finding the strength to come forward about these things, it's not easy, but maybe by me standing here telling my story, I can help somebody else who's going through something tough. I know it's scary, but once you take the first steps to help yourself, your life will completely change in the best ways."

She also seemed to refer to her ongoing legal battle with Dr. Luke, who she accused of sexual assault among other things.

Kesha said: "Life is hard sometimes and things don't always work out the way you planned it. But if you keep on believing and you keep working hard, and you keep fighting and you keep showing up for yourself, you can move mountains."

"Sometimes your journey will take unexpected turns, but that's the beauty of life," she said. "Get up and show up for yourself and don't let anyone stop you, and most importantly, do not let anyone else ever take your happiness. You are worth it. And thank you for reminding me, I'm worth it too."

As for her recovery, Kesha credited Lady Gaga and others for support and understanding through her battle against the mental disorder.

Thanking her fans, the "Timber" hitmaker said: "To my peers, your support over the last few years has literally saved my life."