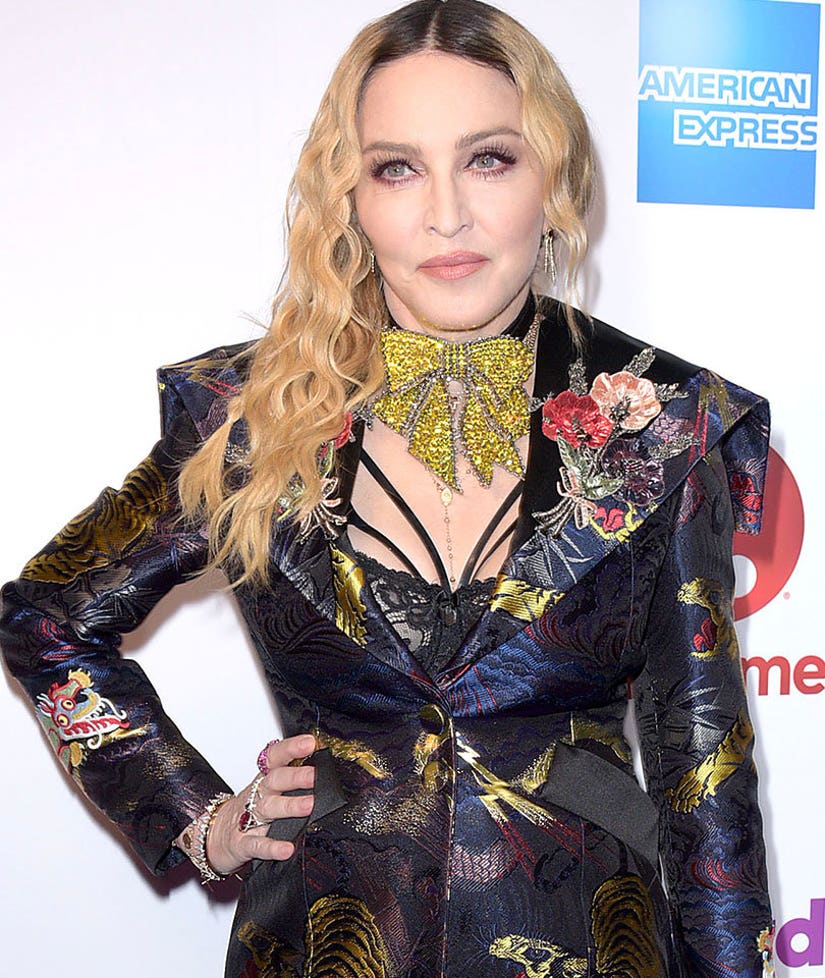 Madonna took Friday night's Woman of the Year Award at the Billboard's Women in Music event, and delivered an extremely powerful acceptance speech.

"I stand before you as a doormat," the "Lucky Star" singer said. "Oh, I mean, as a female entertainer. Thank you for acknowledging my ability to continue my career for 34 years in the face of blatant sexism and misogyny and constant bullying and relentless abuse."

Madonna acknowledged the late David Bowie as her muse in her 15-minute speech, and said, "He made me think there were no rules. But I was wrong. There are no rules -- if you're a boy. There are rules if you're a girl. If you're a girl, you have to play the game. You're allowed to be pretty and cute and sexy. But don't act too smart. Don't have an opinion that's out of line with the status quo."

The entertainer went on to detail a horrific roof-top, knifepoint rape on top of a New York City building in her speech.

"[I was] raped on a rooftop with a knife digging into my throat," she said, before cynically revealing what she learned as a female entertainer in real world circumstances.

"You are allowed to be objectified by men and dress like a s--t, but don't own your s--ttiness. And do not, I repeat do not, share your own sexual fantasies with the world. Be what men want you to be, but more importantly, be what women feel comfortable with you being around other men. And finally, do not age. Because to age is a sin," she continued. "You'll be criticized, you'll be vilified, and you will definitely not be played on the radio."

The iconic performer even talked about her marriage to Sean Penn.

"Eventually, I was left alone because I married Sean Penn. And not only would he bust a cap in your ass, but I was taken off the market. So for a while, I was not considered a threat," she continued.

Citing hypocrisy in performance, she compared herself to the late Prince.

Madonna said: "I was called a whore and a witch. One headline compared me to Satan. And I said, 'Wait a minute, isn't Prince running around with fishnets and high heels and lipstick with his butt hanging out?' Yes, he was, but he was a man."

"People say that I'm so controversial. But I think the most controversial thing I have ever done was to stick around," she said, to a chorus of cheers and clapping.

Next came a tribute to the greats that have fallen along the way: "Michael [Jackson] is gone, Tupac is gone, Prince is gone, Whitney is gone, Amy Winehouse is gone, David Bowie is gone."

Watch snippets of the video (below) and see the gallery (above) for the rest of those women honored at Friday night's Billboard Women of the Year Awards.

.@Madonna's commandments for being a woman in the music industry are absolutely brutal. #womeninmusic pic.twitter.com/YlP8SfEIin