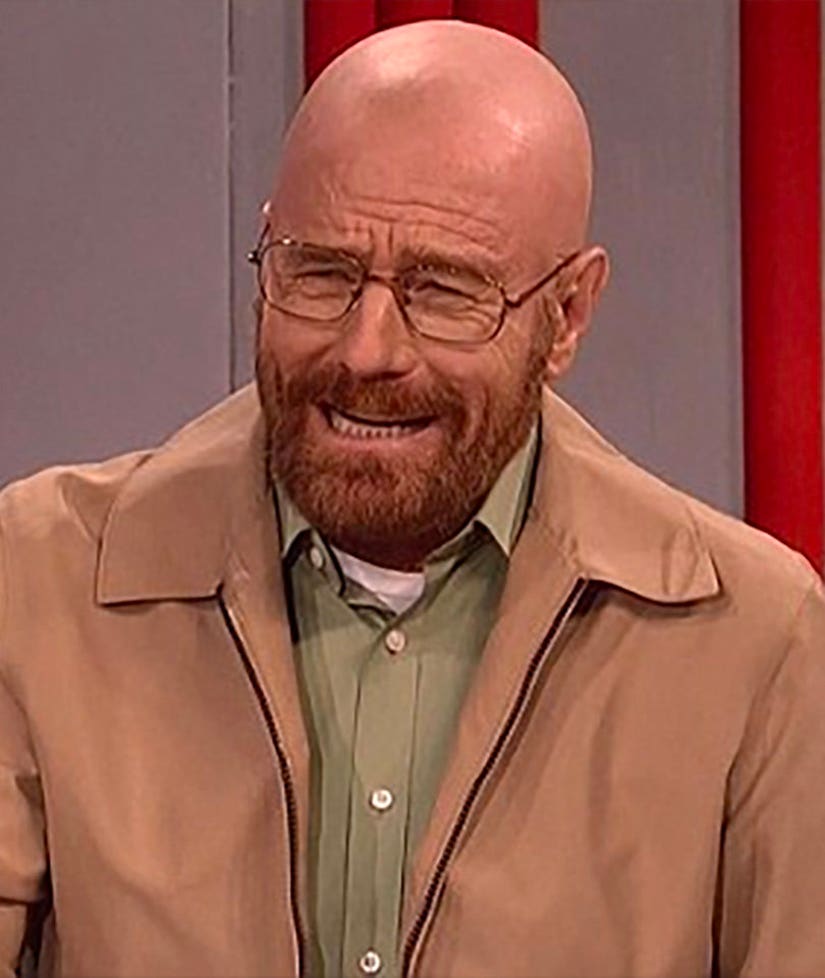 "Saturday Night Live" outdid itself with this week's bang-up segments, one of which featured the one and only Bryan Cranston's famed "Breaking Bad" character, Walter White.

In the segment, Cranston was appointed to the position after Steve Bannon, who discovered Walter White in "a Breitbart comments section."

Cranston's character feigned enthusiasm and said that he's thrilled by Trump's plan to build a wall between the U.S. and Mexico, and said, that it "means less competition for the rest of us."

As you recall, Cranston's Walter White character was a chemistry teacher-turned meth producer in the hit "Breaking Bad" show. White reassured the panel, however, that he would help president-elect Trump "Make America Cook Again," and fill America with "red, white, and a whole lot of blue."

Later in the show, the Weekend Update segment took aim at this week's big Trump news: the "Celebrity Apprentice" involvement.

Weekend update Colin Jost said, "It was revealed Donald Trump will keep his job as producer on 'Celebrity Apprentice' while is he President. It's an absurd, unethical, and potentially illegal conflict of interest —- only on NBC," he joked, as "SNL" airs on NBC.

Jost said, "Now, people are upset that Trump is doing a TV show and won't go to intelligence briefings, but, face it, America. Trump won because he is the fun guy. If we wanted a diligent, competent, experienced president we would have elected nerd lady. If your school elects the rich cool guy president he isn't going to attend school council meetings. He is going to go on a victory lap, start a food fight with the model U.N. and grab some cheerleaders by the pom-poms. his whole platform was seniors rule, Mexicans drool."

To cap off the night's best moments, guest star John Cena -- who enjoyed his first host spot ever on the long-running comedy sketch show -- appeared in a wildly hilarious "Karate Kid" parody segment.

In the sketch, Cena needled his combat opponent by calling him a "dork" and a "dweeb" after winning the first wrestling match. "The Karate Kid's" character -- originally portrayed by Ralph Macchio -- gets knocked out of his pants and through four walls.

See the hilarious video (below)!