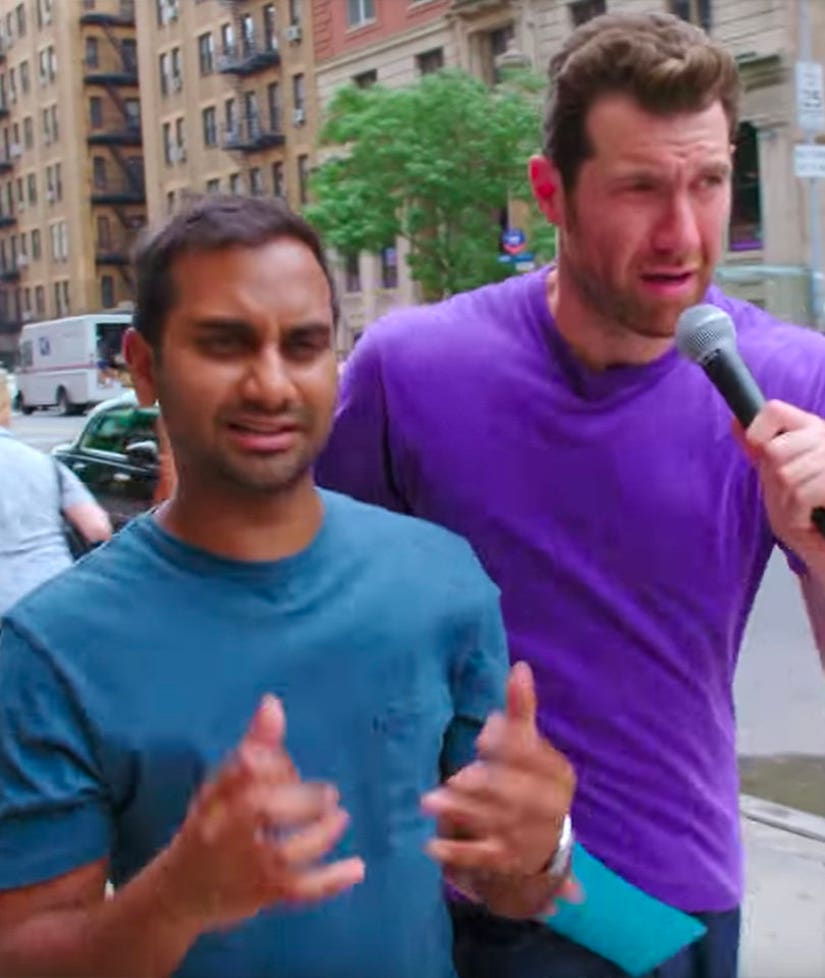 "This is the Golden Age of television!"

If that line doesn't have you laughing already, then after watching the clip of Billy Eichner in "Billy on the Street," with guest star Aziz Ansari, you're in for a treat.

In what was by far this year's most maniacal segment of the popular show, Eichner and Ansari stalked the citizens of New York City for the show's lightning round, barraging them with questions about popular television shows and blasting the mantra, "This is the golden age of television!"

The duo flies around the city assaulting its people with questions about "The Wire," "Breaking Bad," "Fargo," "Narcos," as well as Ansari's own Netflix show, "Master of None."

One of the unsuspecting victims said, "TV's horrible," while another uncomfortably asked, "What?" as she excuse herself for "an appointment."

Watch the side-splitting video and see the gallery above for more of your favorite leading men now and then!