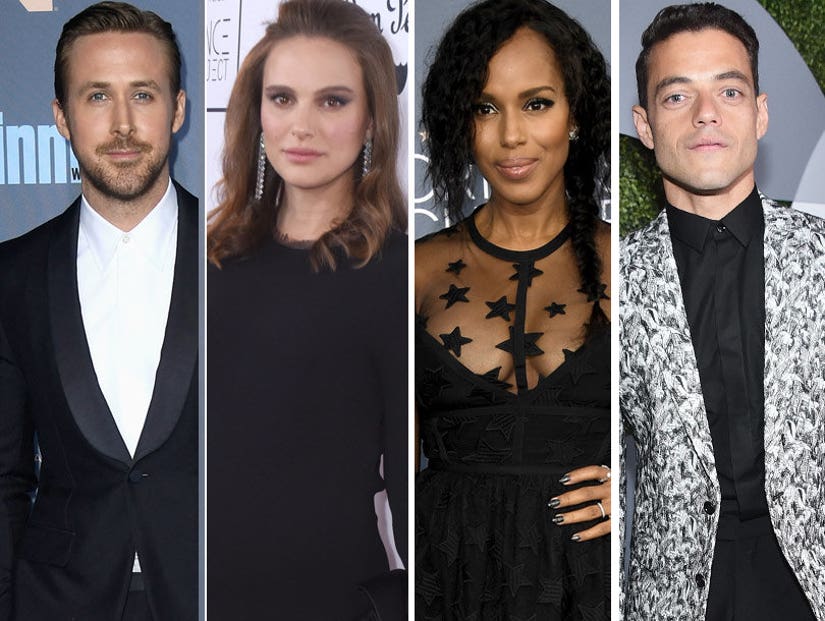 The 2017 event will be hosted by Jimmy Fallon and broadcast live on Sunday, January 8 at 8pm on NBC.

Eight-time Golden Globe-winner Meryl Streep will be honored with the 2017 Cecil B. DeMille Award.

This year, there were quite a few surprises, as favorites like Tatiana Maslany and "Orphan Black" were totally MIA and "Game of Thrones" was barely represented on the TV side. While newcomer "This Of Us" scored a Best TV Drama nom, as well as acting nods for Mandy Moore and Chrissy Metz, the men were left out entirely -- meaning nothing for Milo Ventimiglia, Sterling K. Brown or Ron Cephas Jones. And while stars Rami Malek and Christian Slater were recognized for "Mr. Robot," the show failed to get nominated for Best Drama. Also snubbed: "Orange Is the New Black," "House of Cards," the men of "Game of Thrones" and "Westworld" and all things Shondaland.

On the film side, "Arrival" failed to get nominated for Best Drama or Best Director, though star Amy Adams was recognized for her acting work. Tom Hanks and "Sully" were completely left off the list in one of the biggest shocks of the day. And while Denzel Washington was nominated for his acting in "Fences," he failed to get recognized for directing and the film itself was left out of the Best Drama category. "Finding Dory" was also left out cold for Best Animated Film.

Manchester By the Sea

Casey Affleck, Manchester By the Sea

Hailee Steinfeld, The Edge of Seventeen

Michelle Williams, Manchester By the Sea

Kenneth Lonergan, Manchester By the Sea

Manchester By the Sea

Kubo and the Two Strings

My Life as a Zucchini

Mozart In the Jungle

BEST ACTRESS IN A SERIES, MINISERIES OR TV MOVIE

BEST ACTOR IN A SERIES, MINISERIES OR TV MOVIE

Riz Ahmed, The Night Of

Bryan Cranston, All the Way

John Turturro, The Night Of

BEST SUPPORTING ACTRESS IN A SERIES, MINISERIES OR TV MOVIE

Chrissy Metz, This Is Us

Mandy Moore, This Is Us

BEST SUPPORTING ACTOR IN A SERIES, MINISERIES OR TV MOVIE