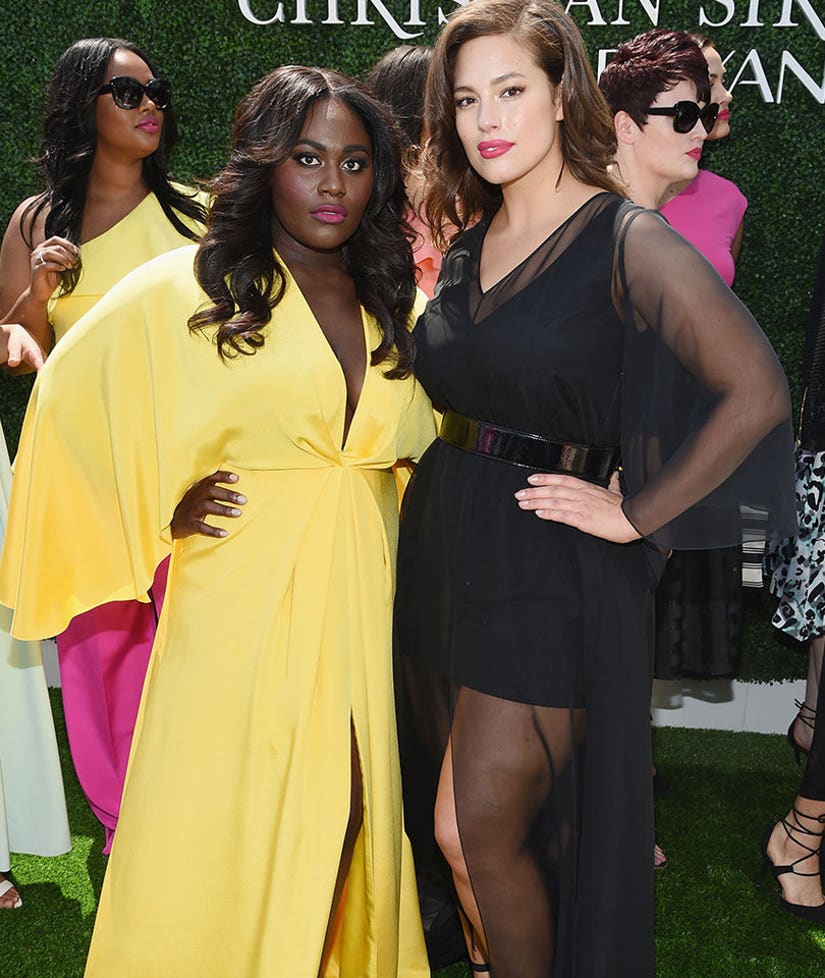 The rebooted "America's Next Top Model" returned Monday night on VH1 with host Rita Ora and Ashley Graham in the judges chair, but it wasn't the lack of Tyra Banks that had some taking issue with the show.

"Orange Is the New Black" star Danielle Brooks called out the series Tuesday morning for not representing plus-size models on the new cycle. Both Brooks and Graham have modeled for plus-size brand Lane Bryant together in the past, leading the "OITNB" star to hope for some "curvy contestants."

But unfortunately the show didn't agree and Brooks vented her frustrations on Twitter:

This 1% thing is real. The world really disregards plus size. Watched #ANTM and not one contestant was plus, hell, not even a size 6 or 8.

Even if producers felt well it'll be hard for a plus size girl, show that ish. Let the world see how much work still needs to be done...

for the 67% of women who are plus size. #seethe67 I can't tell you how upsetting it was to watch #antm and how many seasons has it been now?

As a plus woman being seen only 1% of the time is a real thing. Period. After watching #ANTM last night I was super excited to see my girl Ashley Graham but bummed out not to see any plus contestants. A curvy judge but no curvy contestants? Out of all 24 girls not one was plus. You had an Asian, African, a red head, transgender, an androgynous sister, even twins...(much love for that) but not 1 plus size woman-when 67% of women are plus in the US?? This could've been a perfect opportunity for them to highlight fabulous designers that also do plus fashion or highlight strictly plus designers that rarely get any shine. They could've also highlighted the struggles that come with being plus. We could've at least gotten to 2%. The plus competitor would've been able to lean on the fact that a reflection of herself (Ashley Graham) was in the room reminding her that her dream IS possible. All these things still would've moved us forward, and would've done more than me posting an IG post. Regardless, We are worth these incredible opportunities. We deserve to be seen. I'm going to continue to push back and speak up for that young girl that wants to model, wants to act, wants to be upfront and needs to be reminded that she is just as deserving as anyone else. #seethe67 #voiceofthecurves

Brooks wasn't the only one who noticed the lack of diversity when it came to size.

I grew up religiously watching #Antm & praying one day to be a model. Girls like me were never given a fair shot. Having 0 plus girls (cont)

(Cont) on this season just really feels like 10 steps back. Plus girls need representation. Not just seeing a curvy judge-we need more.

The series has had plus-size contestants sprinkled throughout the seasons before, with Whitney Thompson famously winning Cycle 10 back in 2008 and Toccara Jones placing seventh in Cycle 3.

"Unfortunately, it didn't happen for this round, but that's alright," Graham previously said about the lack of plus contestants. "Hopefully for season two—I'm looking for the woman who wins to be plus size. I think it would be so epic."

We've reached out to VH1 and Ashley Graham for comment.