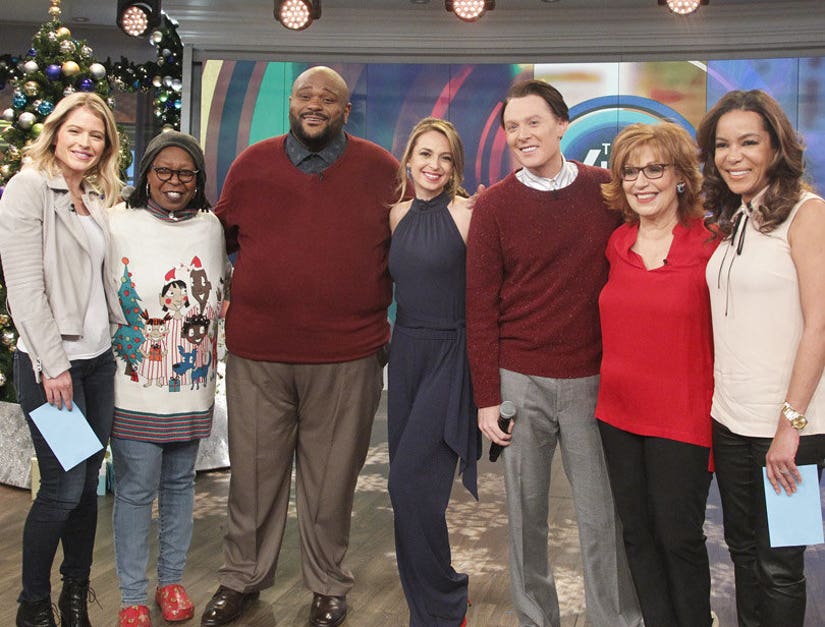 The Season 2 finalists Clay Aiken and Ruben Studdard reunited for their first televised performance together in 13 years on Thursday's episode of "The View." The two famously competed against each other on Fox's reality competition back in 2003, when Ruben won the title and Aiken placed second.

After singing "This Christmas" in matching red sweaters, Aiken, 38, said the duo still Facetime "once a week or so" to this day.

"Clay and I, he was one of the first people I actually met during Hollywood Week and we've been friends ever since," added Studdard.

While Aiken has regularly appeared on "The View" over the years and was a political commentator during the election, Ruben has kept a lower profile.

"I been doing the same things. I've been really blessed over the last 13 years to release 7 albums," he explained. "I've been touring all over the world over the last 8 years, doing the Hitman tour with David Foster and enjoying life. I'm actually producing a children's show right now called 'Uncle Ruben's House.'"

The duo were asked whether they'd release music together in the future.

"Don't put ideas in his head," Aiken joked, before adding "maybe" they'll go out on tour together again someday.

Watch a snippet of their performance below: