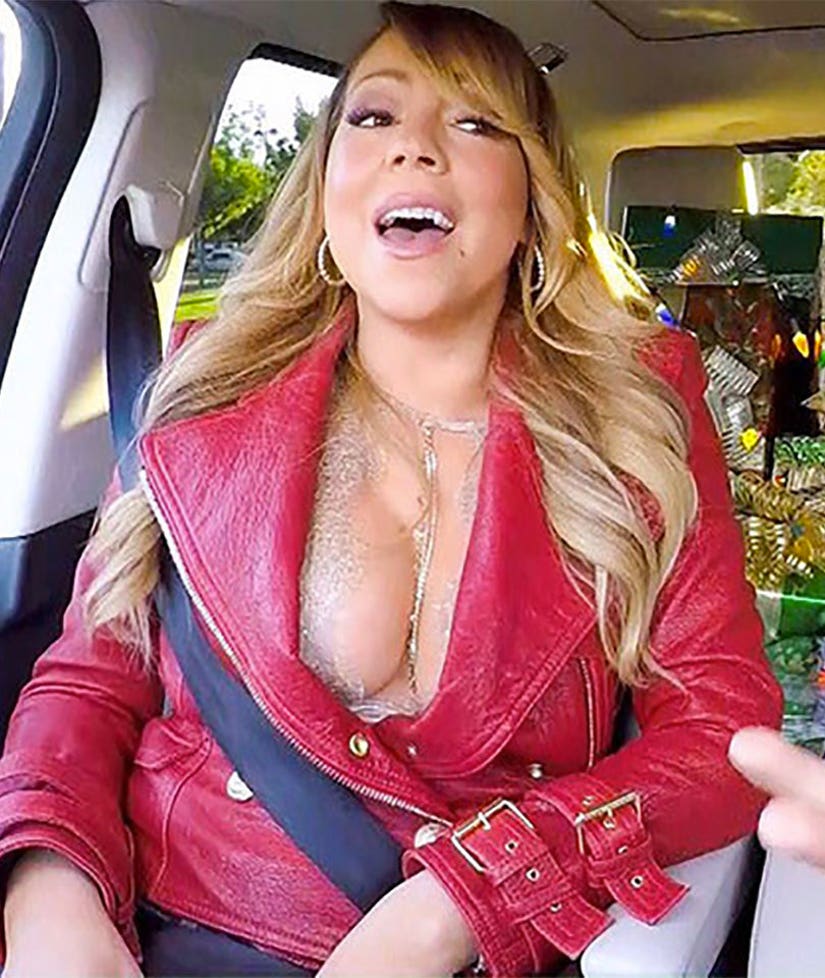 Mariah Carey, James Corden, and a bevy of A-list guest stars outdid themselves this year with Thursday's "Carpool Karaoke" segment on "The Late Late Show With James Corden."

Opening with just Carey and Corden in the car, the "All I Want for Christmas" crooner seemed demure and relaxed. However, Corden and his production team turned things up to 11, because featured on the 3:30 clip were superstars like Elton John, Selena Gomez, Joe Jonas, and Lady Gaga.

Carey donned a red leather bomber jacket with a positively transparent bodysuit underneath that didn't hide her cleavage, much less anything else.

Naturally, Mimi was dripping with sequins and jewels -- her signature look -- and wore classy makeup paired with an understated cat eye. She wore her hair in loose waves.

Watch the epic holiday video that everybody's going to be talking about (below) and then see Mariah's hottest looks in the gallery (above)!