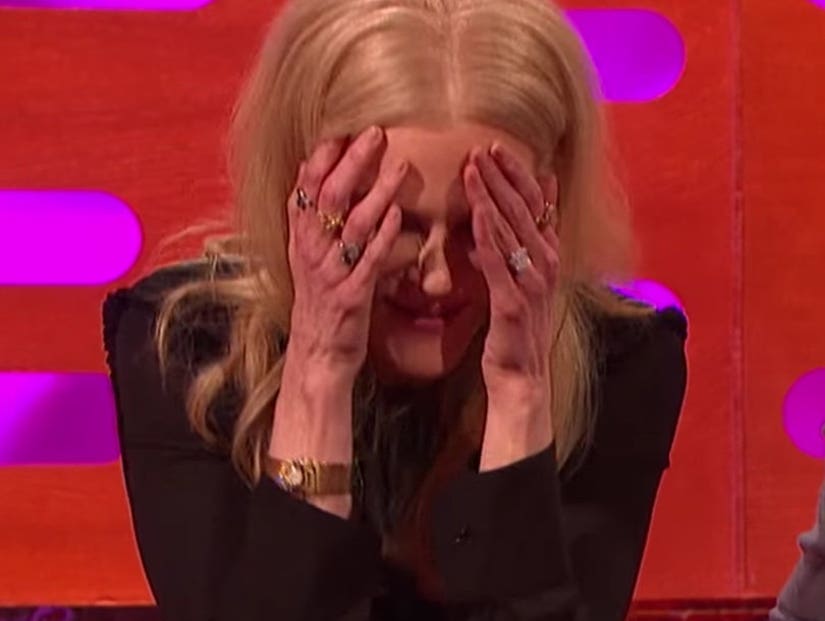 Nicole Kidman looked sleek and sexy during an appearance on "The Graham Norton Show," but some photos the talk show host uncovered from her past were anything but.

Norton was able to dig up some incredibly embarrassing old modeling photos from the Aussie's past, showing her in a now-defunct Australian magazine, Dolly. The pictures show the now-49-year-old as a teenager, rocking a wild, curly mane and some extremely outdated outfits.

Nic looked mortified when the snaps were shown on the studio television. "Looking stunning," Norton commented. "Are you being facetious?" Kidman responded.

"God, you're brutal," she added. "I honestly wish my hair was like that now. I have to say, anyone that has curly hair when you're young, keep your curly hair, don't straighten it. Because after a while, you don't get your curls back, they kind of become frizz mess. I'm like an old woman now, where I say, “Don't dye your hair and don't straighten your curls.”

When a second, even more awkward photo hit the screen, she couldn't help but shout, "Why aren't you doing this to anybody else?!"

See the photos in question and Nicole's horrified reaction below: