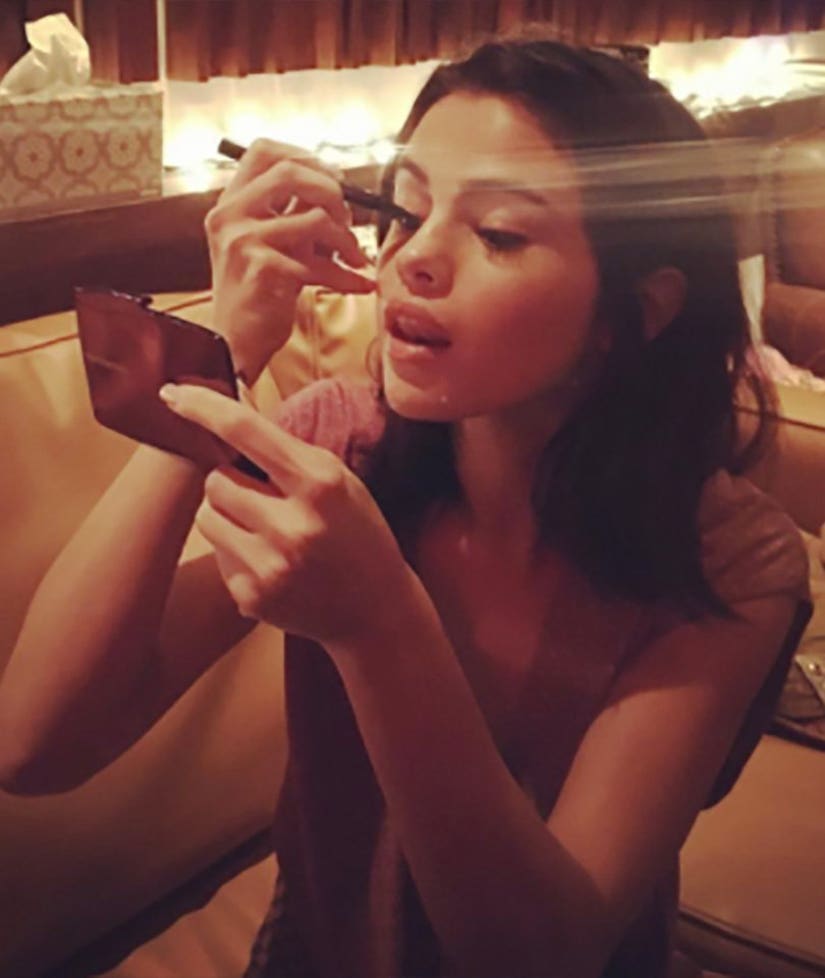 Selena Gomez is back in the studio.

Songwriter Justin Tranter snapped the above photo of the starlet in a studio, which led many to believe that the "Come & Get It" songstress was working on brand new music.

Tranter wrote: "Music and love," and even Nick Jonas got in on the commenting frenzy, posting a hands-up emoji in apparent celebration.

After canceling the remainder of her tour dates and taking months off to focus on her mental and emotional well-being, Gomez reemerged in one of her first public appearances at the 2016 American Music Awards. When accepting her award for Best Female Pop Performer, Gomez thanked her supporters in an emotional speech.

Tearing up, she said: "In 2014, this stage was actually the first time that I was authentically 100 percent honest with all of you. I think it's safe to say most of you know my life whether I liked it or not. And I had to stop. Because I had everything. And I was absolutely broken inside. I kept it all together enough to where I would never let you down, but I kept it too much together to where I let myself down."

If Gomez is making new music, this will be her first endeavor since her 2015 "Revival" album.

See more of Selena's stylish looks in the gallery (above).