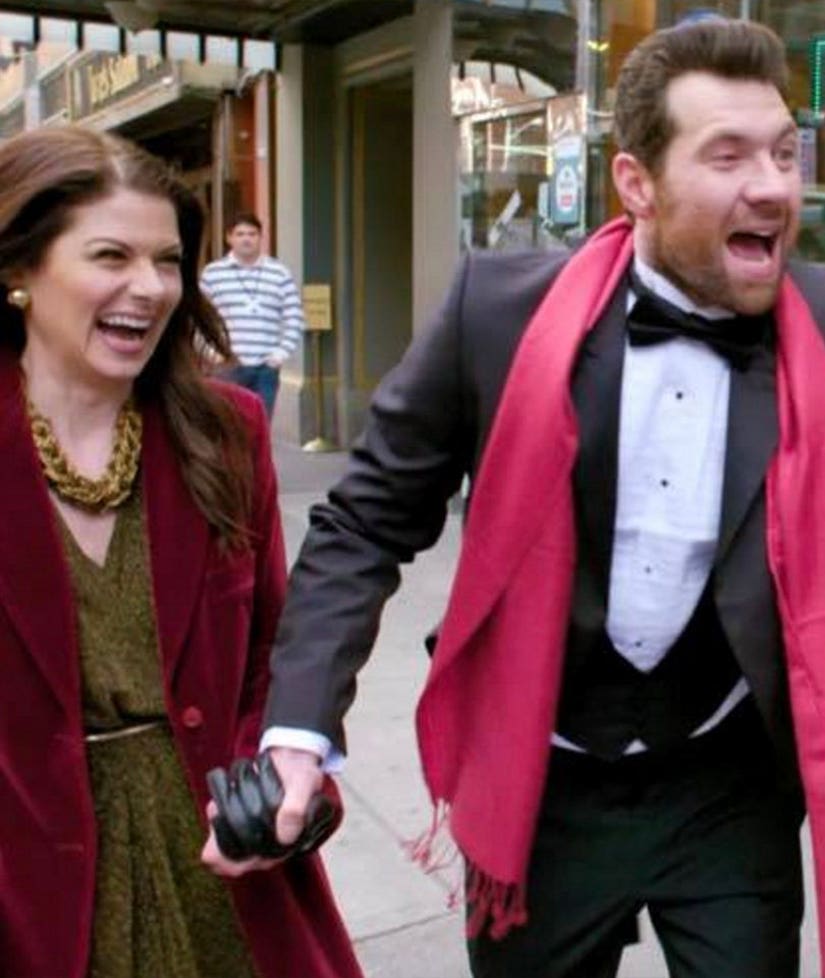 Don't tell Will Truman but Grace Adler might have a new favorite gay.

Debra Messing, who famously played best friend to Eric McCormack's gay character on NBC sitcom "Will & Grace," joined Billy Eichner for another hilarious segment of "It's Debra Messing, You Gays!"

The "Billy On the Street" skit features Messing and Eichner erratically approaching random people on the streets of New York City while he yells, "It's Debra Messing, you gays!"

However, it was Eichner who was shocked when he and Messing approached a German couple and the actress began speaking to them in their native tongue.

Taken aback, he said: "Oh, of course Debra Messing knows German! Save it for 'The Mysteries of Laura' reboot!"

After the two ran away from the German couple, they wished the citizens of New York City happy holidays whilst yelling "It's Debra Messing, you gays!"

Watch the video (below) and see the gallery (above) for more funny men now and then.