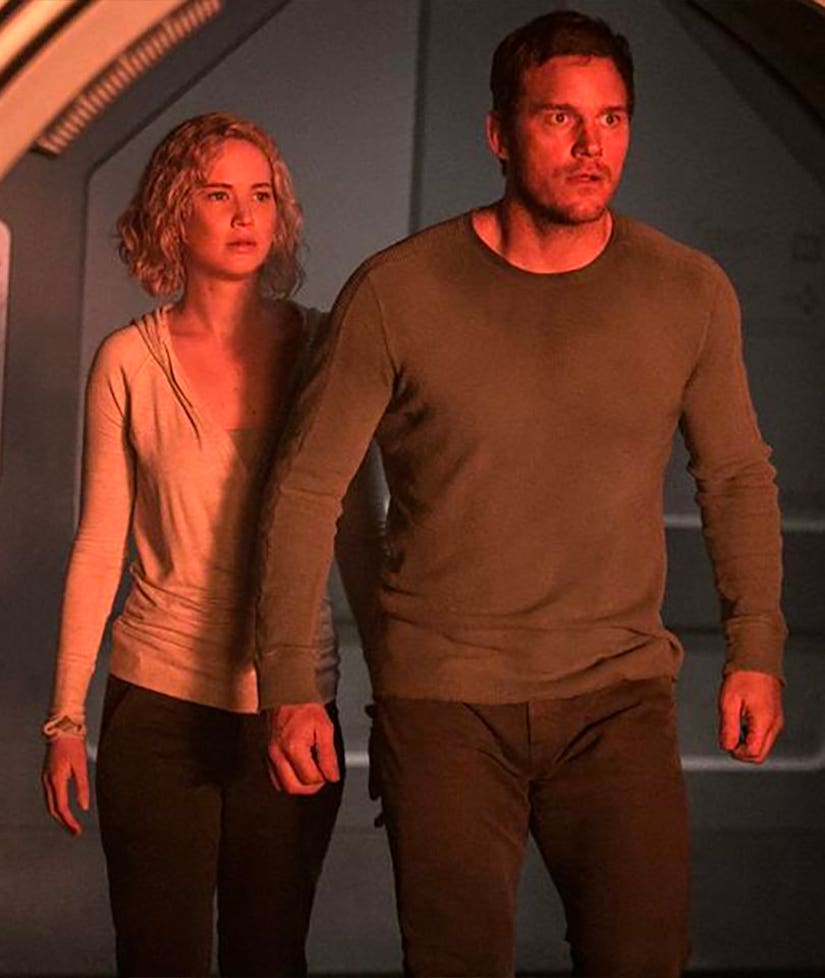 (Spoiler Alert: Hey TooFab fans, what you're about to read may contain "Passengers" plot details you'd rather not know before seeing the movie. But don't blame us ...)

Did Jennifer Lawrence just give away some serious plot spoilers about her new movie "Passengers?"

"It is refreshing -- it's nice [that there's no sequel for the film]. It's really rare to find original content in a studio movie, that doesn't have a proven audience -- that has such a big budget," Lawrence told Cinema Blend. "So it still feels weird that we just kind of closed the case on it. Because I've never been on such a big movie where the end is the end."

Pratt echoed his co-stars sentiments, also expressing relief that "the end was the end" of the movie.

"Yeah, I loved the idea [that the ending wouldn't be changed]. That was really something that was important to me. I think maybe I even mentioned that to Morten [Tyldum, "Passengers" director] in the beginning," he said.

"I was like, 'Listen, this has to be as it is, right? You're not going to switch it at the end and open it up for a sequel because it could be wildly successful or whatever.' No. This is an entirely complete story."

The actors remarks are further fueling speculation among fans online that one or both of their characters die in the movie.

Watch the interview (below) and see photos of Lawrence and Pratt at the "Passengers" premiere (above).