Looks like Vin Diesel's believes in love at first sight.

During the interview, Diesel discussed his rise to fame and revealed how Tom Hanks played a big part in his career. The conversation then went off the rails with Vin gushing over Moreira's beauty.

"God, you're so beautiful. God she's so beautiful," he interjected while talking about his role in "Saving Private Ryan."

If that wasn't awkward enough, the "Fast & Furious" actor then proceeded to asked those in the room if they agreed with him.

"Am I right or wrong? I mean look at her. How am I supposed to do this interview? Look at this woman. She's so beautiful. Talk to me, baby," he said. 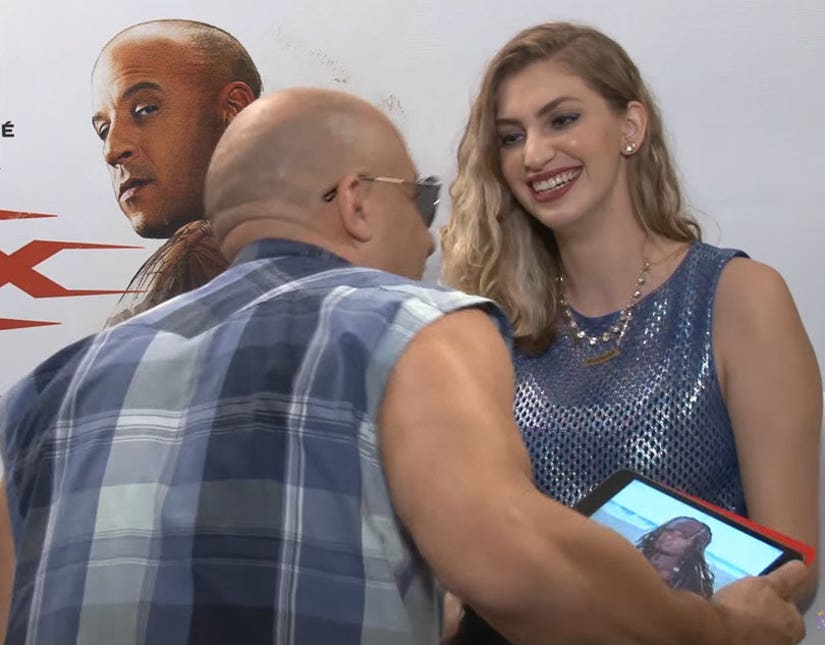 It as clear that Moreira visibly uncomfortable with Diesel's unexpected declaration of love.

After steering the interview back to the topic of Diesel's movies, the actor interrupted himself again to tell her how "sexy" she is.

In a brief disclaimer before the video, Moreira explained how "uncomfortable" she was during their exchange.