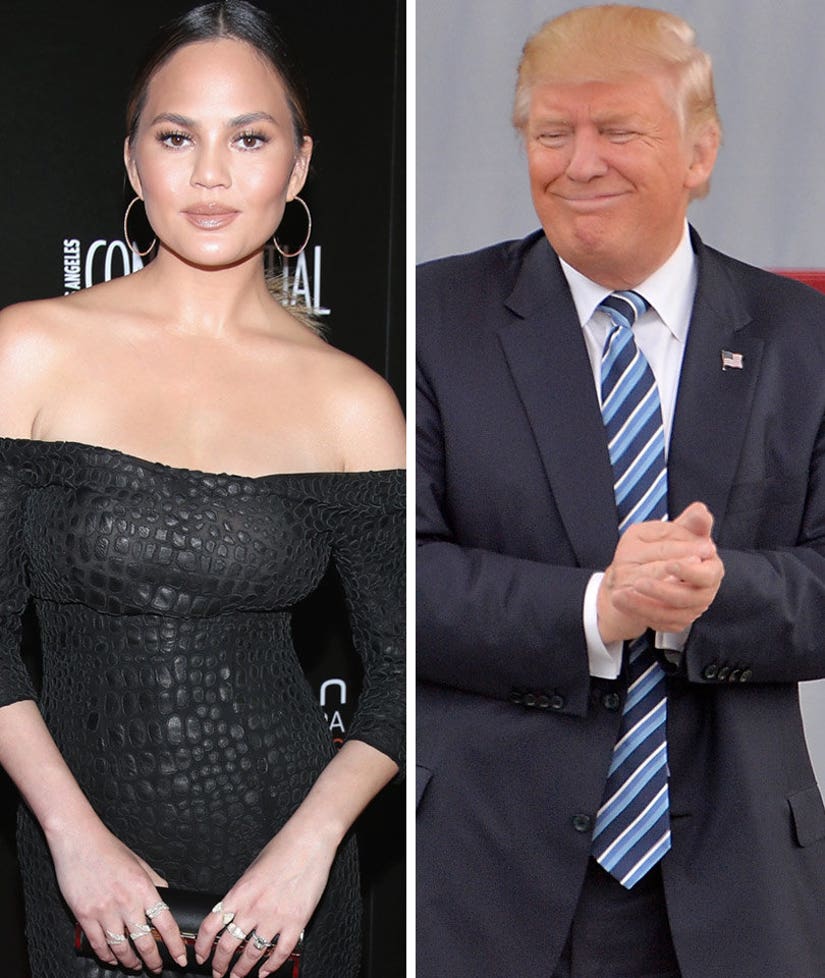 Trump was disputing reports that claim his team is struggling to land a "big name" performer for his inauguration on Jan. 20.

The so-called "A" list celebrities are all wanting tixs to the inauguration, but look what they did for Hillary, NOTHING. I want the PEOPLE!

Teigen, who has been a very vocal critic of Trump, wasted no time throwing major shade at the former "Celebrity Apprentice" host.

Hi - we are people. You are our president too. I don't want you to be, but u are. Also we ALL know you are dying without the approval, dear https://t.co/NaVU1iDban

But have fun with DJ Buttcrack spinning the hot shit and Lil Banana dropping bars at your inauguration https://t.co/NaVU1iDban

After Teigen shot back at Trump, his supporters began trolling the Sports illustrated model in tweets saying she's not A-list.

I just have floods of people saying I am not a-list. I thought it was obvious I was talking about john but nothing is obvious to deplorables

She clarified her original tweet, saying she was referring to music artists like her husband John Legend. "Would just like to add no, I do not think I am a-list. Was referring to John, as I am not a performer of music," she said.

And when another person tweeted that Chrissy was a "C" list celeb, she had no problem calling out the troll.

"@chrissyteigen I didn't realize you were on the "A" list. I would have guessed you were closer to the "C" list of celebrities," the user posted.

I already addressed this, Darla. Try to keep up between tweeting "positive vibes" all day https://t.co/MofGbST7ip