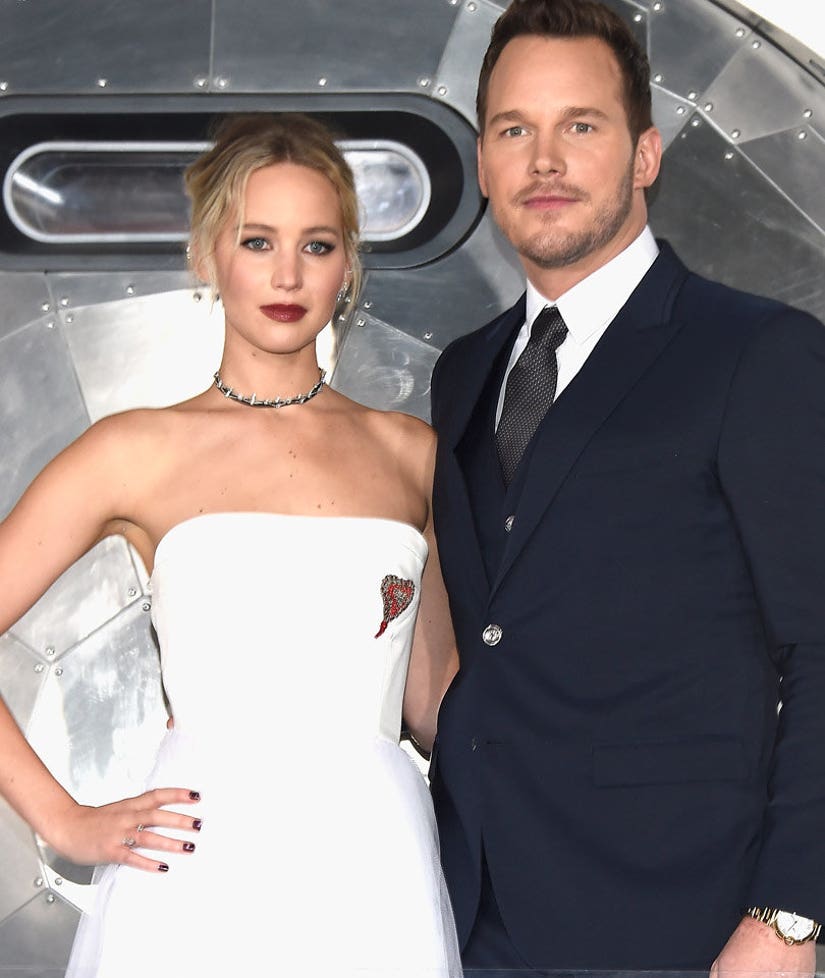 Jennifer Lawrence and Chris Pratt shut down an interview Thursday after a radio host asked them what the most bizarre place they had sex was.

Pratt immediately answered: "Airplane," and when host Monk from Australia's KIIS pressed him further on how he got the "angle" right, Pratt joked that he hung like a bat from the ceiling.

Lawrence said: "I like being safe. That's what really turns me on."

Subsequently, the radio hosts discovered that the "Passengers" stars bailed on the interview.

Here's 9 other awkward celebrity interviews before the "Passengers" stars took off:

During a 2015 interview for Britain's Channel 4, Krishnan Guru-Murphy asked Robert Downey Jr. about his past drug addiction and relationship with his father. Big mistake, big mistake... huge. RDJ handed his mic to producers and left.

Justin Bieber was another celebrity who wasn't having a good time during a 2012 telephone interview with Mojo in the Morning. After the host asked whether Bieber was afraid that One Direction's Harry Styles would seduce his mother, Bieber abruptly hung up.

While promoting her 2014 book "Diary of a Mad Diva," late comedienne Joan Rivers stormed out of an interview with CNN's Fredericka Whitfield after she called the interview "defensive" and "negative." Whitfield mentioned that Rivers had worn fur on the cover of her book and said Rivers' hit E! show "Fashion Police" was "mean."

In a 2013 interview with Dean Richards, Selena Gomez was grilled about then-boyfriend Justin Bieber's urination-in-a-mop bucket incident. Richards said, "Is there something about him we don't get?" Instead of responding, Gomez smirked and disconnected the livestream.

During a 2009 interview with Ryan Seacrest, Robert Pattinson abruptly left the set after Seacrest pressed Pattinson for details on his relationship with "Twilight" co-star Kristen Stewart.

During a 2013 press junket for "Now You See Me," Jesse Eisenberg made things extremely uncomfortable for the interviewer by telling her, "Hey, you're on my time." The entire interview was cringeworthy and awkward.

In a 2012 interview with Rihanna, Sunrise's Natalie Barr was supposed to talk to Rihanna about her "Battleship" movie, but instead wanted to drop hints about Chris Brown. Rihanna ended the interview abruptly when it was apparent that she wasn't talking about her infamous ex.

Paris Hilton walked out on 2011 ABC interview when she was asked if "her moment had passed." Hilton apparently didn't take it too well, as she left halfway through the interview.

Mila Kunis endured a painfully awkward 2013 interview with BBC Radio One's Chris Stark that was supposed to discuss her film "Oz the Great and Powerful." But instead the actress spent the 7-minute segment listening to Stark gush over how "hot" she was and how nervous he was.