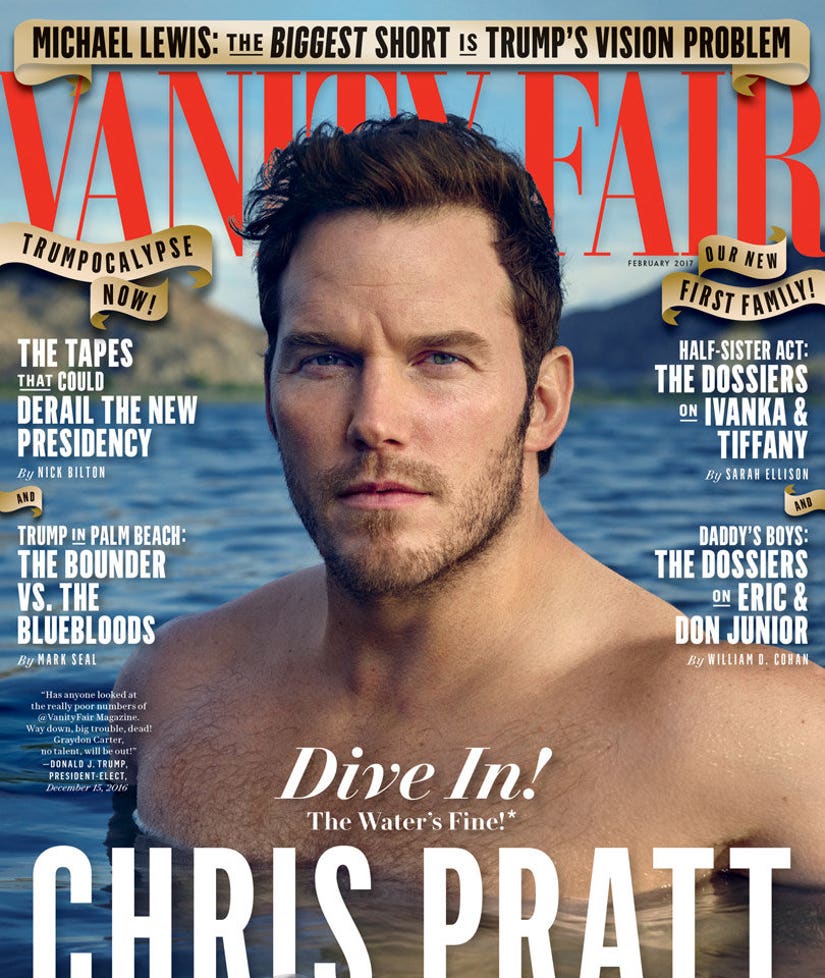 Chris Pratt has worked very hard for his Hollywood success and he's speaking about his rise to fame in a new Vanity Fair cover story, which features the sexy "Passengers" star shirtless.

From his salesman job to his audition tricks -- see TooFab's 5 biggest takeaways from Pratt's interview:

"I was selling coupons for things like oil changes or trips to a spa. I was great at that," he says.

Pratt likewise believes that his job as a salesman prepared him for Hollywood.

"That's why I believe in God and the divine," he reveals. "I feel like it was perfectly planned. People talk about rejection in Hollywood. I'm like, 'You're outta your f---in' mind. Did you ever have someone sic their dog on you at an audition?'"

Chris was kind of a big deal in high school:

"I was a great football player," he tells the mag. "Don't say I said that. But, dude, I was a great football player. I was a fullback and an inside linebacker. I never had the speed to play college. But I loved it. I don't think anything will ever take its place. The competition, the team. You get a little bit of that in acting. You get it with action films. You have to train, be in shape. I think I learned more about how to handle myself as an actor playing sports than I ever did in theater."

He also wrestled ... but got his butt kicked regularly:

"I'd be devastated. Because I put everything into it, and if a kid beat me … but it's good. It's a great sport because you have to stand there and shake a guy's hand," he explains. "You look him in the eye, then his arm gets raised. No excuses. You get beat and think, F--k!!! Then come back and wrestle him again. I wrestled the same kids for 10 years."

Before making a name for himself, people thought Pratt looked a lot like Heath Ledger:

"Once you get smart about auditioning, you learn to audition before they say 'Action.' You walk into the room as the character," he reveals. "You let them think the person you are is close to the character they want. You make them think you already are that guy."