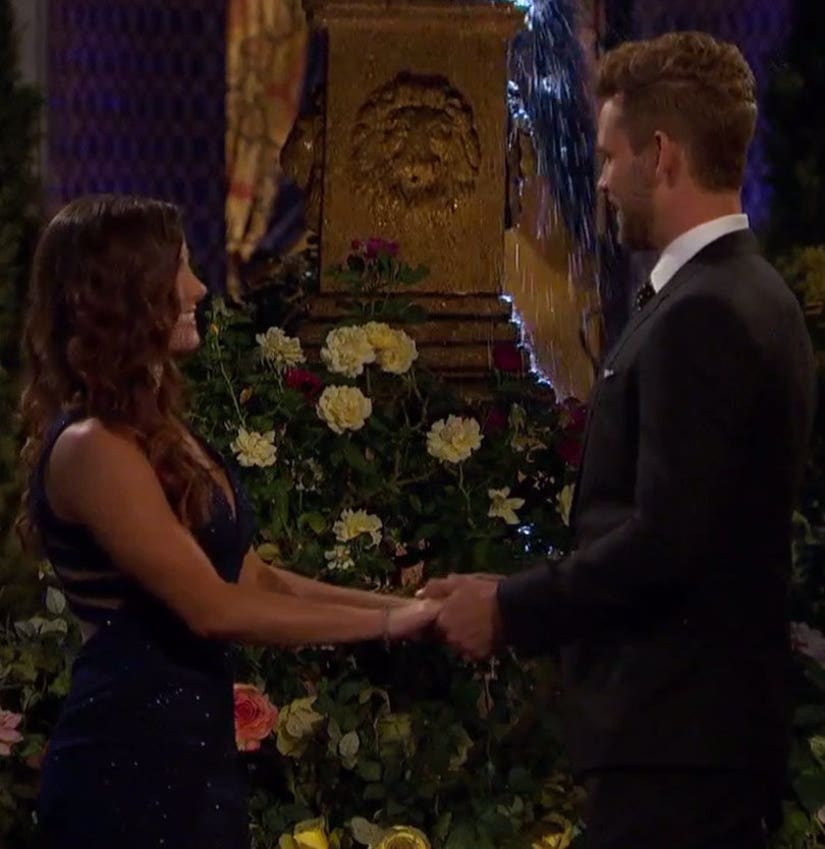 Nick Viall's romantic -- er, sexual -- past caught up with him on Monday night's premiere of "The Bachelor" when it was revealed that he had already hooked up with one of this season's contestants.

During Viall's meet-and-greet with the women competing for a rose and his heart this season, 29-year-old Liz revealed that she slept with Nick when the "Bachelor in Paradise" alum attended fellow "Bachelorette" and "Bachelor" stars Jade and Tanner's wedding.

"Before tonight, I actually met Nick at Jade and Tanner's wedding. There definitely was a connection and chemistry there and we had sex," Liz confessed later in an interview. "It was just a fun night."

"I'm definitely nervous and I'm curious to see if he actually knows who I am, and remembers what happened that night," she said. 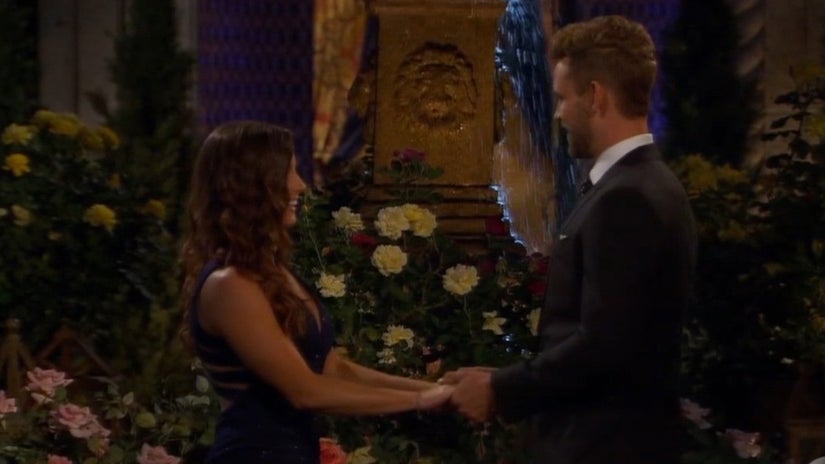 Needless to say, things were a little awkward when Liz got out of the limo and Nick saw his one-night stand for the first time since their tryst at the wedding.

"I'm really excited to see you," Liz says to a stunned Viall. "Are you nervous?" she asks.

"I don't think it's set in yet," she confesses.

"I look forward to getting to know you a little better and I'll see you inside," he says.

Besides the unexpected reunion with Liz, 23-year-old Alexis, a dolphin trainer, surprised Viall while rocking a full dolphin costume.