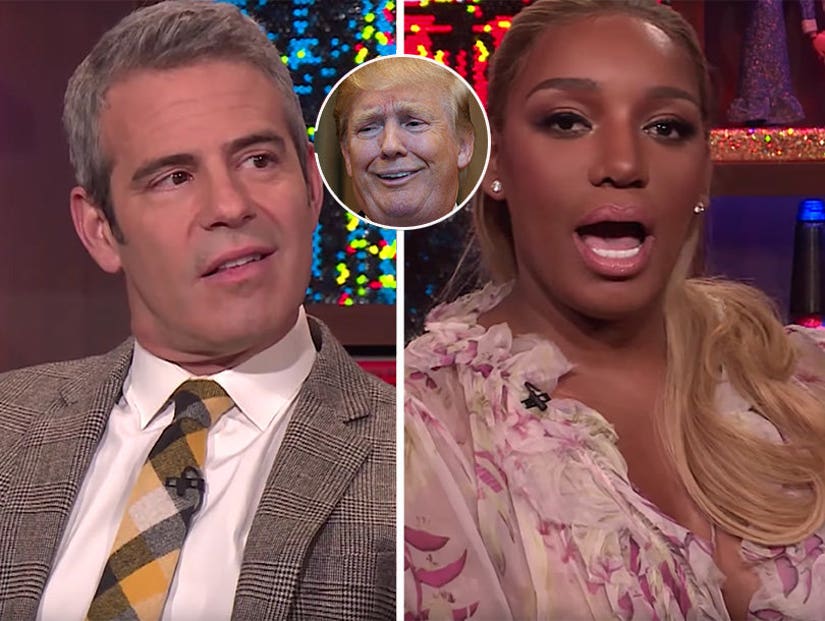 She appeared on "Celebrity Apprentice" in the past, but NeNe Leakes won't work for President Donald Trump again.

The former "Real Housewives of Atlanta" star appeared on "Watch What Happens Live" on Sunday night, where she revealed why she's had it with the new POTUS.

When asked whether Leakes had heard anything from Trump since his inauguration or whether she'd accept a position in the White House, NeNe admitted that she hadn't ... and she wouldn't.

"No, I haven't heard from him at all. How much coins they got, honey? What they doing?" Leakes asked. "Probably won't be big enough for me this time," she added when Cohen said it'd be a "Trump check."

In September, Leakes told Steve Harvey that when she worked on "Apprentice" with the President, she liked him, but that it all changed during the election. "I really did like him a lot, but this orange man who's talking on TV? I don't know who that is. He says the craziest stuff. No, I will not be campaigning for the Trump," she revealed.

See the video from Sunday's "WWHL" (below).