Comedian and actor Martin Short reminisced about close friend Carrie Fisher with Jimmy Kimmel during an appearance on his show Wednesday night.

"She was one of the great, funniest girls in the world," Short said.

Kimmel showed a throwback photo of Short and Fisher dressed in identical dresses while presenting an award at the 1989 Oscars.

Of the skit, Martin said the two of them planned the prank ahead of time. The joke was that Short complained of all the dresses Carrie had to choose from, she just so happened to choose one of the three dresses that he himself owned.

Short wasn't the only comedian to pay homage to the late funny girl this week.

Carrie's former fiancee Dan Aykroyd called her "one of the most brilliant and hilarious minds of our eon" during an interview with Empire.

Aykroyd said even though Fisher broke off engagement and married singer Paul Simon instead, he hoped that she kept the ring. "She was also in love with Paul Simon," he told the magazine. "She married him, but I hope she kept my ring."

See the endearing video (above) as well as more photos (below) remembering the late comedic "Star Wars" icon. 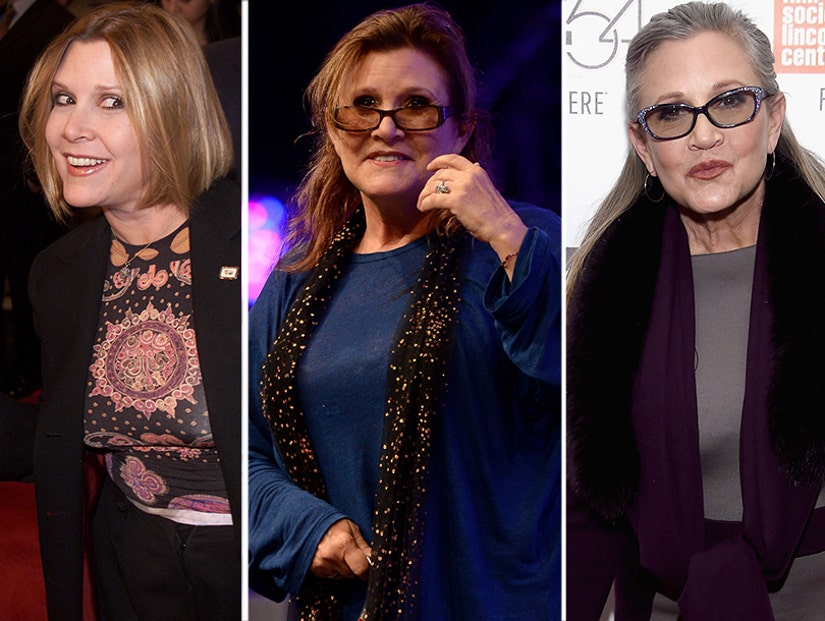