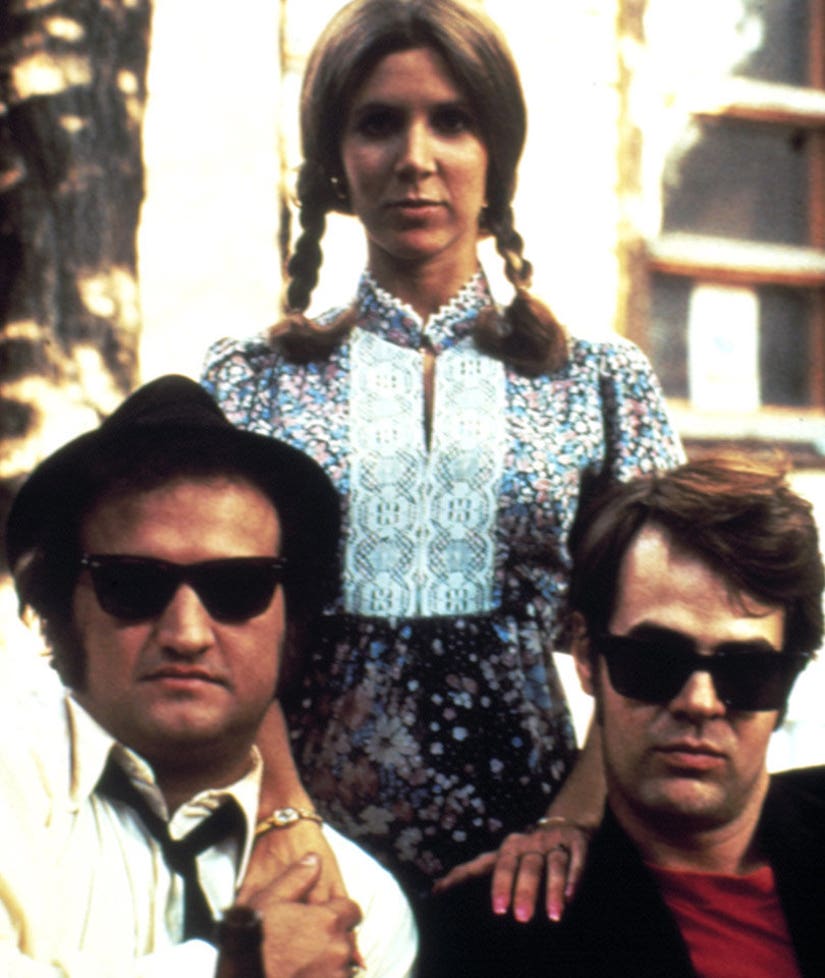 One month after Carrie Fisher's death, former flame and "Ghostbusters" star Dan Aykroyd shared his memories of the late actress, to whom he was engaged in 1980.

The actor opened up about his romantic relationship with the "Star Wars" legend in the most recent issue of Empire. The two first met when she hosted "Saturday Night Live," but began dating and were briefly engaged while working together on "Blues Brothers."

"Carrie was one of the most brilliant and hilarious minds of our eon," he explained. "Carrie embraced my friends and I was embraced in warmly human and Hollywood-glamorous emotional comfort, elegance and excitement."

He detailed how he gave Carrie a sapphire ring once he was "contemplating marriage." She returned the favor by giving him a "a Donald Roller Wilson oil painting of a monkey in a blue dress next to a tiny floating pencil" which he kept for year.

The actor also wrote about one especially interesting weekend they spent together at "Bill Harrah's legendary Lake Tahoe estate." Describing it as "three days of full-on weeping to Christmas classics," he said the trip was "certainly one of the planet's greatest occasions where LSD was a factor."

Aykroyd ended his tribute with details on how their relationship came to an end.

The couple apparently traveled with John Belushi and his wife to Martha's Vineyard, where they stayed in a home that did not impress Carrie. He said she took off for New York the next morning.

"Architectural reservations notwithstanding, Carrie wasn't shallow, we had a great time," he explained. "She was also in love with Paul Simon. She married him, but I hope she kept my ring.”"