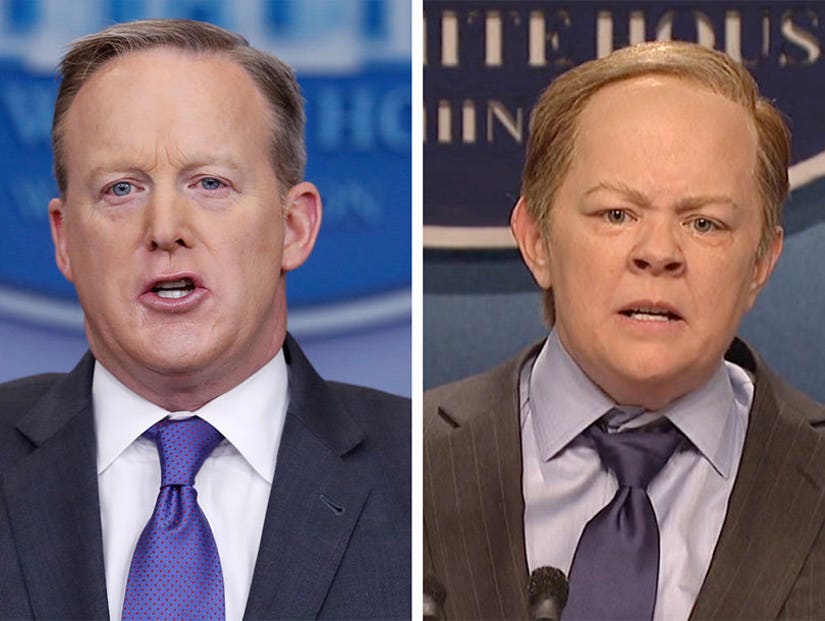 Kristen Stewart made her hosting debut on "Saturday Night Live" and Alec Baldwin reprised his impression of President Donald Trump, but it was Melissa McCarthy's impersonation of Press Secretary Sean Spicer that really stole the show.

McCarthy's made a hilarious surprise appearance portraying Press Secretary Sean Spicer during a meltdown. "Before we begin," she said, "I know that myself and the press have gotten off to a rocky start. When I say 'rocky start', I mean it in the sense of Rocky the movie because I came out here to punch you."

It only escalated from there. Watch the video (below) and continue reading for more story.

Kristen Stewart's opening monologue featured a Trump-centric message, which rehashed her earlier comments to Variety that Trump was "obsessed" with her and then-boyfriend Robert Pattinson when they broke up over a cheating scandal.

"Donald, if you didn't like me then," Kristen said, "you're really probably not going to like me now. Because I'm hosting 'SNL' and I'm, like, so gay, dude."

Concluding her monologue, she said: "We've got a good show and I totally care that I'm here because it's the coolest f--king thing ever," and stopped abruptly when she realized her faux pas.

After Trump told "Bannon" that he had a long day, he picked up the phone and makes a variety of "tough phone calls" to world leaders.

"I hear there's been a lot of blowback over your Muslim ban," one leader mentions to the president. Trump responds: "No there wasn't. Everyone loves it. We had to do it because of that huge massacre at Bowling Green."