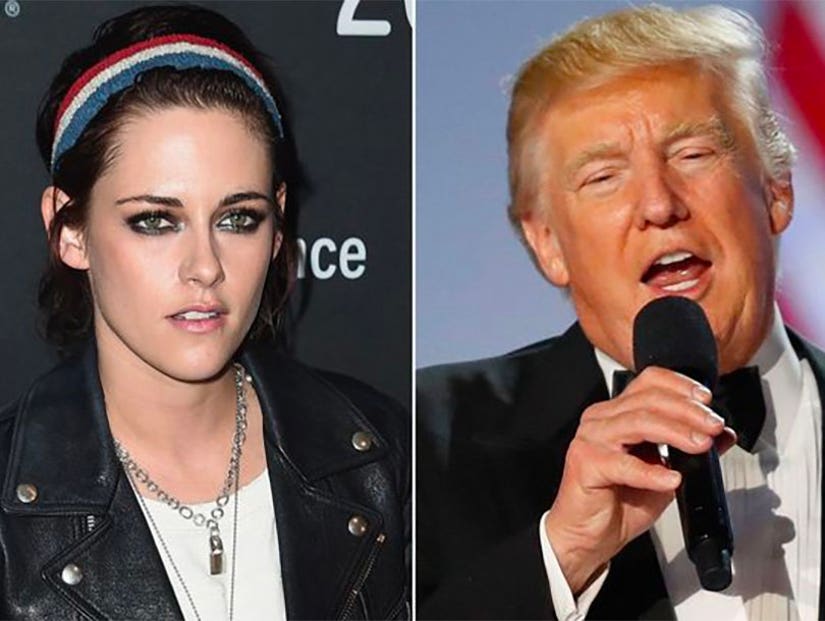 "I can't even understand it," Stewart added. "I literally cannot even understand it. It's such far-out concept that I don't want to believe that actually is happening. It's insane. At that point, he was just, like, a reality star. I had no reference. It wasn't like really a thing. But in retrospect, somebody reminded me of that and I was like, 'Oh my gosh, you're right!' He's probably, like, going to tweet about this," she said, referencing her new interview with Variety.

In October 2012, Trump tweeted several comments regarding the "Twilight" star's relationship with then-boyfriend Robert Pattinson after Stewart was caught kissing and cuddling up to "Snow White and the Huntsman" director Rupert Sanders.

See one of the tweets (below).

Everyone knows I am right that Robert Pattinson should dump Kristen Stewart. In a couple of years, he will thank me. Be smart, Robert.

As TooFab reported, Kristen apologized in 2012 for cheating on Pattinson and said, "I'm deeply sorry for the hurt and embarrassment I've caused to those close to me and everyone this has affected. This momentary indiscretion has jeopardized the most important thing in my life, the person I love and respect the most, Rob. I love him, I love him, I'm so sorry."