Trevor Noah marveled at the crossover of fashion retail and "somehow the presidency" during "The Daily Show" on Wednesday night while discussing Nordstorm's decision to dump Ivanka Trump -- and President Trump subsequently jumping to his daughter's defense.

"Big news from the world of retail fashion and somehow the presidency," Noah said, referencing the retailer's decision to drop Ivanka's brands after reportedly low sales.

"The products are 'just not selling?' Wow. You know, for someone who would have won the popular vote, it sure seems like Trump is unpopular. Obviously what happened here is millions of dead illegal immigrants aren't buying Ivanka's shoes."

After Nordstrom dropped Ivanka's line, the president fired off several tweets defending his daughter. "My daughter Ivanka has been treated so unfairly by @Nordstrom. She is a great person - always pushing me to do the right thing! Terrible!"

"Let's just take a second to appreciate what just happened here," Noah said. "For months, the Trump administration has been saying Trump businesses will be completely separated from Trump's policies. And now they are arguing that it's impossible to separate Trump's businesses from his policies, which is what we've been saying."

"But can I just say, thank you Nordstrom,” he continued. "Because of you, Donald Trump finally realized how painful it is when a family member gets banned from a place they really want to be."

"Do you think Mitch McConnell realized what a solid he's done you?" Noah asked the senator.

"It's helped us have a better Democratic conversation. We don't have the votes in the United States Senate to block somebody like Jeff Sessions as attorney general," Warren said. "So what we've got to do is count on people all around this country to make their voices heard."

Watch the video (above). 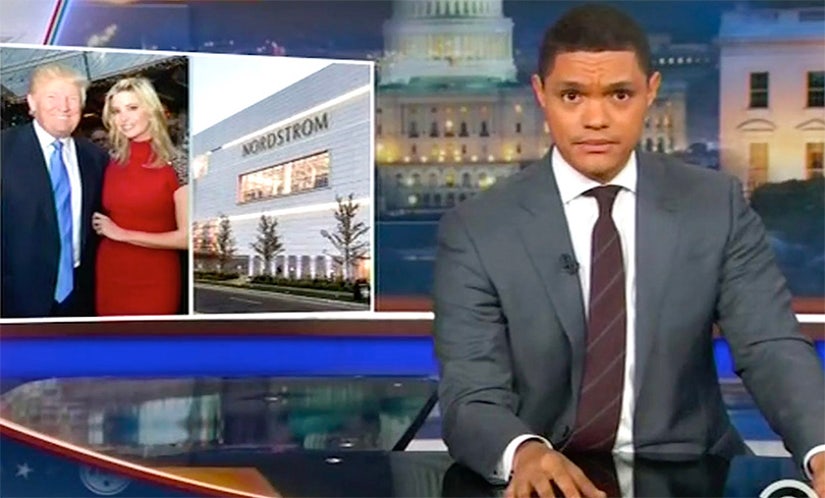