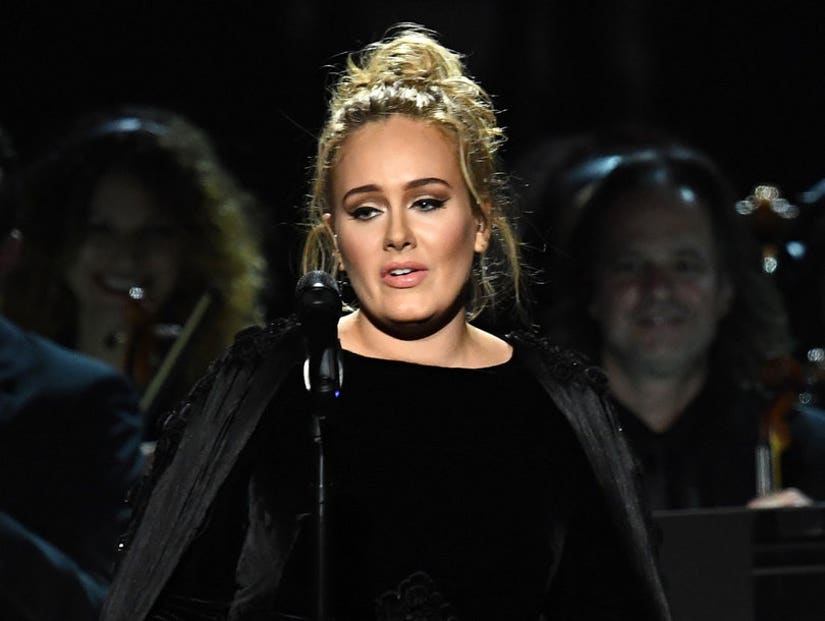 Adele dropping an F-bomb in the middle of her tribute to George Michael was among the night's OMG and WTF moments.

From the looks and sounds of it, technical issues were to blame.

"I know it's live TV, I'm sorry," Adele said in front of a very confused crowd. "I can't do it again like last year. I'm sorry for swearing and sorry for starting again. Can we please start it again? I'm sorry, I can't mess this up for you. I'm sorry."

The singer was referring to her performance at the 2016 Grammy's, when she went flat during "All I Ask." She stopped fairly early on due to mic issues.

"The piano mics fell on to the piano strings," she tweeted after last year's performance. "That's what the guitar sound was. It made it sound out of tune. S--- happens."

Adele was somewhat prepared, though. She appeared on "The Ellen DeGeneres Show" after last year's hiccup and told the TV host, "Next time I have any sound issues, I am going to start over.'Sorry, that's not working for me.' Otherwise, bye!"

As promised, Adele picked herself up and sang the Michael George ode until the end. She cried upon belting the last note of the song and received a standing O from the just-as-teary audience.