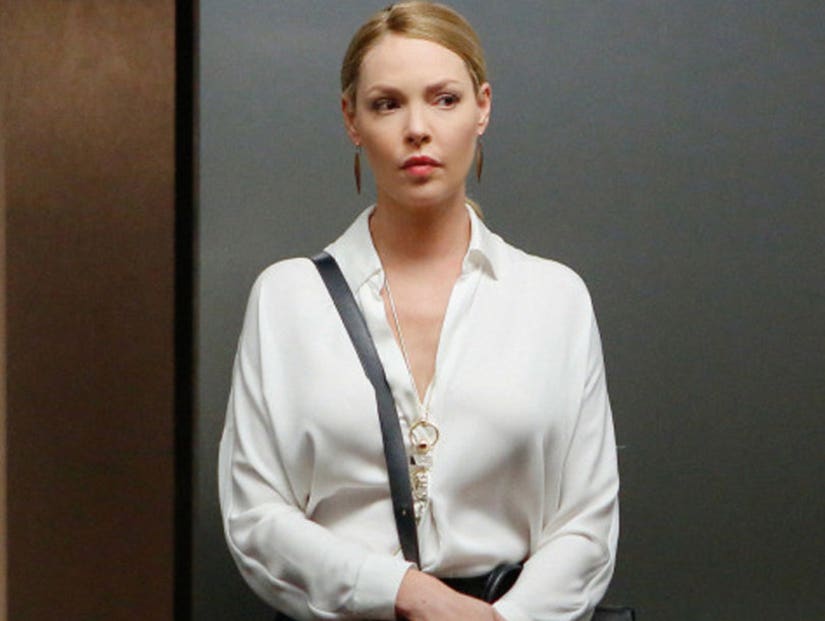 Katherine Heigl returns to TV alongside Laverne Cox on new CBS legal drama "Doubt," but is it worth your time?

Critics are mixed, with the New York Times declaring it "a mess of a show," while USA Today considered it a "solid legal showcase for Heigl."

"Good star, good part, good show," USA Today critic Robert Bianco wrote in his review. "With a mainstream broadcast drama, the kind built more for ratings than Emmys, often your choice boils down to a simple question: Do you want to spend an hour a week watching this star in this role in this fictional world? With Katherine Heigl and CBS's 'Doubt,' the answer is a conditional 'yes'... She's back in the kind of role for which she's well-suited, one that lets her use her talents for drama and light comedy and that may remind you of why 'Grey's Anatomy' made her a TV star in the first place."

In "Doubt," which airs Wednesday nights at 10pm, Heigl plays Sadie Ellis, a lawyer at a top New York City firm where she defends high-profile clients. The drama unfolds in and out of the courtroom, with Heigl's character falling for the man she's defending against a murder charge stemming from the death of his high school girlfriend several decades ago. Dulé Hill ("Psych") plays another lawyer at the firm she frequently teams up with, while the show also features familiar faces including t Elliott Gould ("Ray Donovan"), Steven Pasquale ("The People v. O.J. Simpson"), Dreama Walker ("The Good Wife") and Judith Light ("Transparent")

"It's great to see some of the stars of 'Doubt' back on television, but did their return have to be in such a mess of a show?" NYT critic Neil Genzlinger wrote. "The series, a courtroom drama that begins Wednesday on CBS, seems to have been assembled by a particularly indifferent Victor Frankenstein, the parts crammed together without much regard for whether the stitching is visible or whether the finished product works."

Collider critic Allison Keene wrote, "If you're looking for something new or interesting with 'Doubt,' you're not going to find it. However, that's not necessarily a bad thing. Sometimes we all need a little legal or political or medical procedural in our lives, and you could do worse than 'Doubt.'Maybe that's damning with faint praise, but there you have it. Doubt has a great cast and a solid (if familiar) narrative structure."

AV Club critic Esther Zuckerman offered a similar take: "There's nothing yet extraordinary — save for a casting choice — about the series. But it has enough compelling material that it can't be written off completely."

"But a short attention span is the biggest problem plaguing 'Doubt's' three episodes provided to critics for review," Zuckerman wrote. "The show frequently feels like it's juggling too much, tackling multiple cases an episode on top of the driving personal drama. Unsure whether it wants to be more indebted to 'Law & Order' or Shondaland, it ends up being derivative of both."

"The big news with 'Doubt' isn't just reasonably big, but reasonably historic. This is the first prime-time series on a major broadcast network with a transgender person in a leading role playing a trans character," Gay wrote. "A key word here is “leading” because trans characters in minor roles have also appeared on “Glee” and “Grey's Anatomy,” while cable ('The Fosters') and streaming ('Transparent') have long been in the forefront of trans characters and issues. Cox, of course, was the pioneer on 'Orange Is the New Black,' once again the pioneer here."