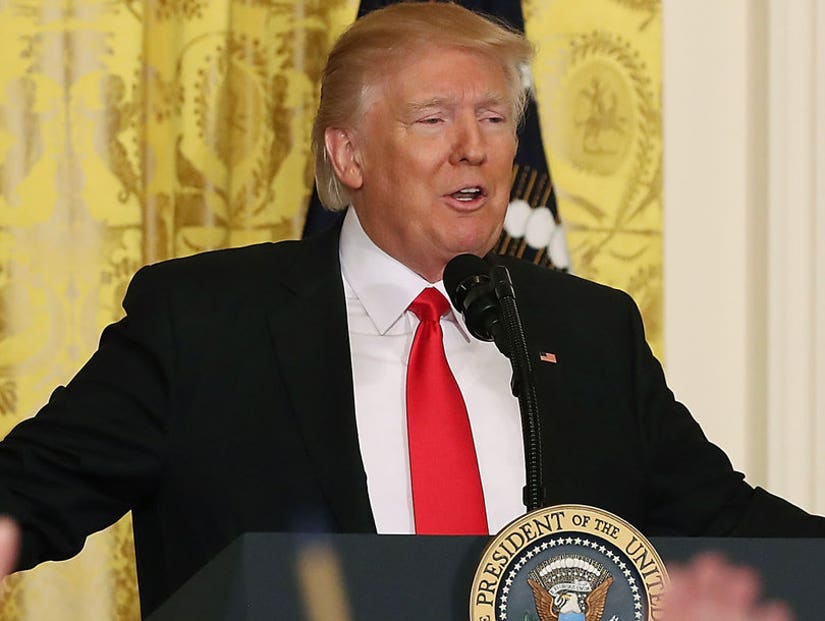 President Donald Trump's press conference on Thursday in which he announced his new labor secretary turned into an all-out battle royale with the press.

Highlights and lowlights of the 77-minute exchange between Trump and the media included the following:

The press conference sparked a media and Twitter frenzy in which reactions ranged from disbelief to anger to amusement:

Trump reminds me of a headliner who has bombed Tue-Thu at a club. Blames the audience & the staff but even he knows he won't be there Sat.

This Trump meltdown is hard to look away from.

Yet another day of a Trump DDOS attack on newsrooms.

He reeks of ignorance. Of disrespect. Of disdain. For anyone not like him. Props to @AprilDRyan. Keep questioning. pic.twitter.com/5Th9L0Jgms

(Bill Murray voice): THAT is a nutty White House. https://t.co/5nLfoN4WgG

President Trump is winning the trust of the public and the liberal media are losing it! pic.twitter.com/25DcV79ppA

So if Flynn was just "doing his job" when calling Russia 5x a day during campaign, why did he (& other Trump shills) need to lie about it?

Listening to that Trump presser was like eating bad chicken. I want to stay informed, but it's not worth the cramps and night sweats.

Just a reminder if you're watching this press conference, Trump = Republicans. He couldn't do any of this without the support of his party.

It's a waste of time to try to turn Pinocchio into a real President. The focus needs to be on the Geppettos and legislators around him

This speech MY GOD

Up until an hour ago, the scariest thing I'd ever watched was Psycho. #TrumpPresser

Did he just ask #AprilRyan if the Congressional Black Caucus are friends of hers?

Because we ALL know each other (& look alike) amirite?

Hi, @realDonaldTrump. We're the CBC. We sent you a letter on January 19, but you never wrote us back. Sad! Letter: https://t.co/58KiuHmITF

Trump keeps asking for "friendly" reporters... The public is demanding accountability and honesty that Trump refuses to offer.

Trump LIES & when called on those LIES, gets hostile, accuses reporters of being mean, & then dismisses accountability as fake news 😐

That press conference was a sick, ignorant, idiotic mess of hostility and lies from Trump.