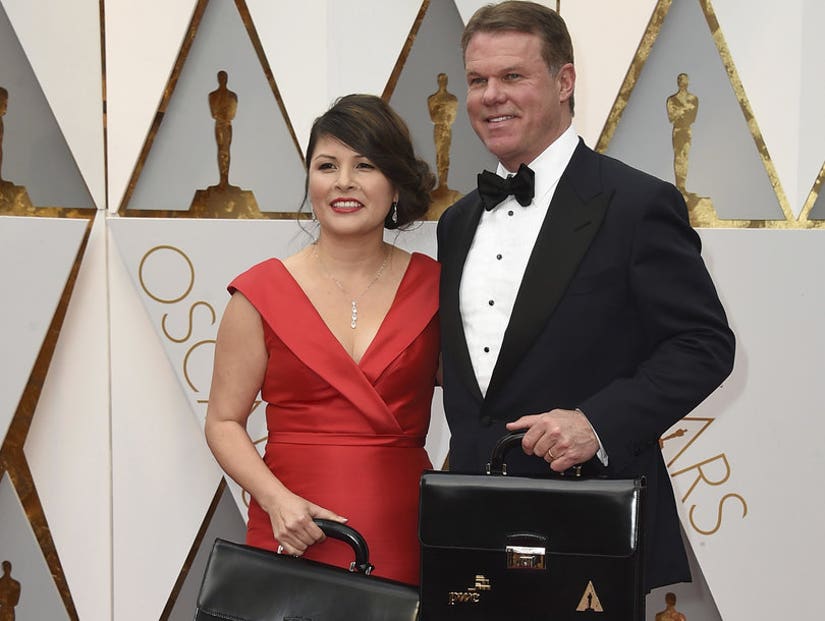 President of the Academy of Motion Picture Arts and Sciences Cheryl Boone Isaacs told The Associated Press that the two accountants who fumbled Sunday's Best Picture fiasco at The Oscars will not be working the award show again.

The PricewaterhouseCoopers accountants, Brian Cullinan and Martha Ruiz are responsible for monitoring all award envelops until they are ready to be opened on stage. The mix up, which landed the "Best Actress in a Motion Picture" envelope in the hands of presenters Warren Beatty and Faye Dunaway instead of the "Best Picture" envelope for the award they were actually presenting is being called the biggest Oscar fail in hist toy.

"We sincerely apologize to 'Moonlight,' 'La La Land,' Warren Beatty, Faye Dunaway, and Oscar viewers for the error that was made during the award announcement for Best Picture," PwC said in a statement to the media. "The presenters had mistakenly been given the wrong category envelope and when discovered, was immediately corrected. We are currently investigating how this could have happened, and deeply regret that this occurred."

Social media has mixed feelings in regards to the release of the PricewaterhouseCoopers accountants.

The downside of cultivating your "personal brand" during work hours https://t.co/1fuIeHsbTY

No duhr. Accountants fired from Oscars after Best Picture flub

Accountants fired from Oscars after Best Picture fiasco - and they should be! What a shame for everyone!

Accountants.
Not... the accounting firm.

Why not tell actors that they should uhh take a sec to double check their envelopes. But sure, fire the accountants. https://t.co/e9CnwXo1yT

Accountability for accountants: a concept https://t.co/pr6HI4SDSk

Accountants at the Oscars are held to a higher standard than most of the White House staff. https://t.co/QRb1sodEPt

@GraceRandolph The heads are rolling for the Oscar flub. https://t.co/oC5cKZjEFT

this is a real life hollywood "you'll never work in this town again"! https://t.co/ZEjv2Vdcea

A note: when that Oscar news about the 2 accountants being fired came down it had been slugged "in memoriam" by the newswire. #awkward