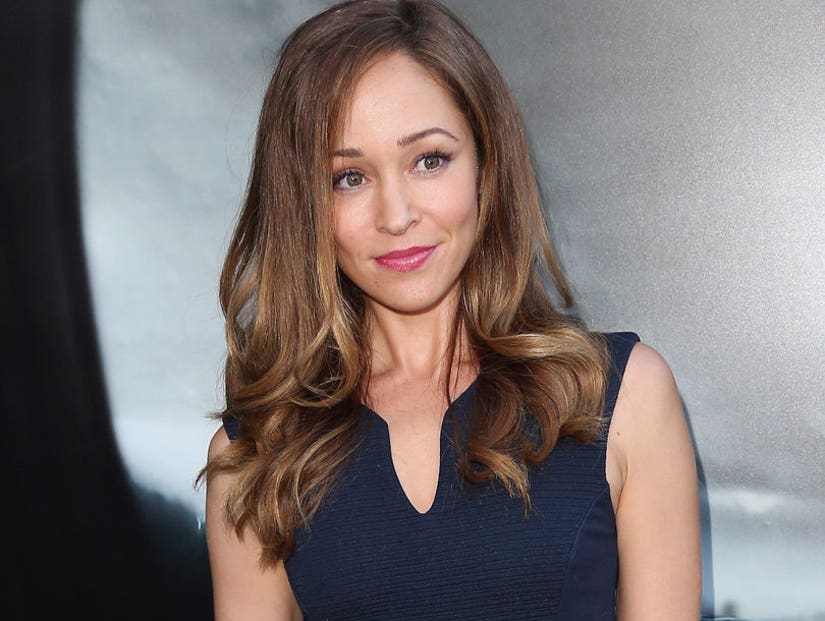 The feudal idea of contracted marriages and cult-like religions have been two of Hollywood's dirty little secrets from the dawn of time - well, not quite that long, but lets say since the Golden Age of Hollywood.

Now E! is diving head first into both of those "unspoken" practices in its new scripted series “The Arrangement” -- starring Josh Henderson of "Dallas" and "Desperate Housewives." Henderson plays movie star Kyle West who is in the market for a contract actress bride.

“O.C.” alum Autumn Reeser stars as Leslie Belcamp, the Hollywood agent to the series' wanted bride (Christine Evangelista), who auditions to play alongside West in a new film, but quickly learns she was auditioning for so much more.

See more: The Last Episode of 'The O.C.' Aired 10 Years Ago Today - And One Star Was Surprised by the News

Reeser talked with TooFab about "The Arrangement," which premieres Sunday, March 5.

Is “The Arrangement” based on Scientology and Tom Cruise's marriage to Nicole Kidman or Katie Holmes?

Are marriage contracts common in the entertainment industry?

Nobody's ever offered me a contract of marriage, that's all I know! And now I'm starting to go, 'I don't know, that looks pretty good!' No, it's interesting because my character is totally pro-the contract marriage, like 'You should absolutely do this.' And that's a really fun perspective to play because I think it's different than my own perspective, so it's fun to play the opposite of your own personal beliefs.

Your character, Leslie, is also pregnant in the role.

Yes! Which is really fun. I think on top of it to be so aggressive, but also be the pinnacle of femininity with this big belly and just being a ball buster at the same time is a funny contrast.

Do men have the same pressure to balance work and family?

I think it's totally different because the female body is the one that carries the baby, so when you choose to start a family, that's a different decision if you're a man or you're a woman. That's not going to affect the man's day-to-day life as much as it's going to the woman's if you're talking about people who are actually carrying a baby within their bodies. And there are just physical demands that come from that and your body is going to be in service of that baby so you're gonna be more tired. It's a challenge.

You have two kids. Did you work while you were pregnant?

I worked through both of my pregnancies and it was a challenge, especially in the first trimester. You're very tired. Your body is going to make a human life and use all the resources of your body. It is worth it 100 percent, it's just a challenge and it's a consideration. And I do think that's something that work places should be aware of and willing to work with because men can choose to start a family but not have the same consideration of being more tired or needing more resources and all of that. I think it should be an equal playing field, and I think the workplace should be supportive of that because it's just a physical reality.

Do you think Leslie is an accurate portrayal of today's pregnant, working woman?

I think “The Arrangement” is an accurate portrayal of this woman, you know, of somebody who's having an easy pregnancy. She's not somebody who's been put on bed rest. She's having an easy pregnancy, she's hard charging, in general, and she's decided this is not gonna stop me, this isn't gonna stop the way that I do things, and she's been lucky to not have to have a physical restriction around that. She's having a good experience and she still feels like she's able to get her job done at the same time, and I think that's what makes it fun is she's not letting it slow her down one bit. And I don't think that's the reality for everyone and I don't think everyone needs to live up to it. I don't think that at all. Every pregnancy is unique and has its own considerations.

Which character do you see yourself in more: "O.C." Taylor Townsend or Leslie Bellcamp?

I see myself in both characters, for sure. Every character that I play is some facet of myself, just expanded. And I usually start there: Where are the places the character and I are similar? That, for me, is the easiest place to start, and then to add on top of that and explore the places that we're different and to be completely willing to learn from the character, too. I learn something from every character I play as well.

Taylor, I think, I really connected to that feeling of sort of being an outsider who sort of tried too hard, who was always a little too much, you know? Because that was my sort of junior high experience, just always being a little too much to some degree and not quite fitting in. And then what I learned from Taylor is she was so unapologetic about who she was and had a strong sense of self, so that was something I could learn from.

And Leslie, I think where I relate is being in a profession that you feel good about, that you feel is your calling. I think Leslie loves what she does. She's an agent, she's really good at it, and where we're different is she doesn't mind conflict. In fact, she sort of welcomes it. She's much more direct and caustic and it's really fun to step into those shoes to be that assertive.