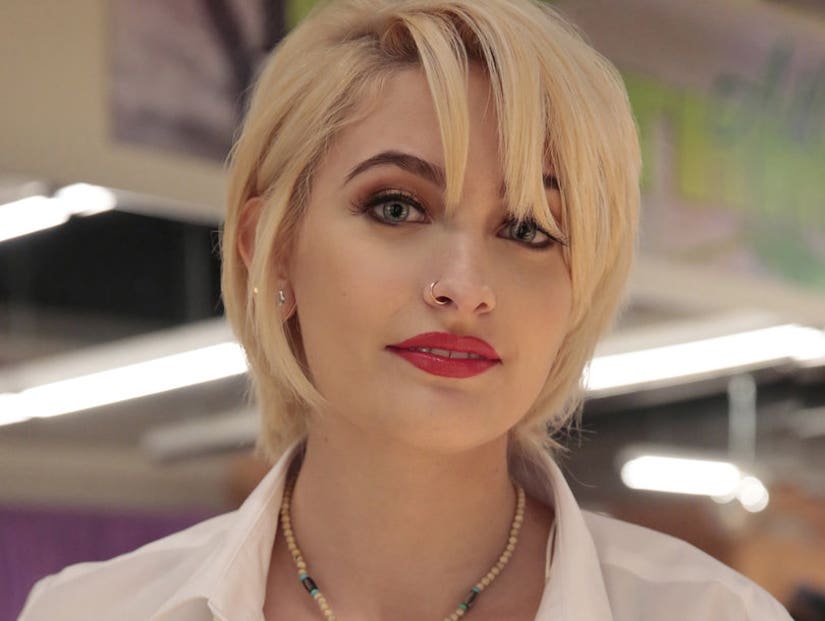 "When I heard about 'Star,' I watched the first couple episode and fell in love," she said in the clip. "I met Lee and he was kind of interested in getting me on the show. This role is really opposite to me and for it being my first on-camera acting, I think it's a good way for me to show my acting capabilities."

She'll play Rachel Wallace, who Jackson describes as a "social media photographer chick who's really into herself. She's just the bossiest chick int he world and doesn't care about what anybody thinks."

"Everybody was so nice. The girls are amazing to work with," Paris added. "The second they saw me in hair and makeup, each one of them welcomed me. It was nice being welcomed so quickly."

In addition to her acting debut, the teen has also turned to modeling recently.

"Plenty of people think I'm ugly, and plenty of people don't. But there's a moment when I'm modeling where I forget about my self-esteem issues and focus on what the photographer's telling me – and I feel pretty," she explained to Rolling Stone.

In that same interview she also opened up about her father's death, her mother Debbie Rowe and her past with self harm. See the biggest revelations from the article here.