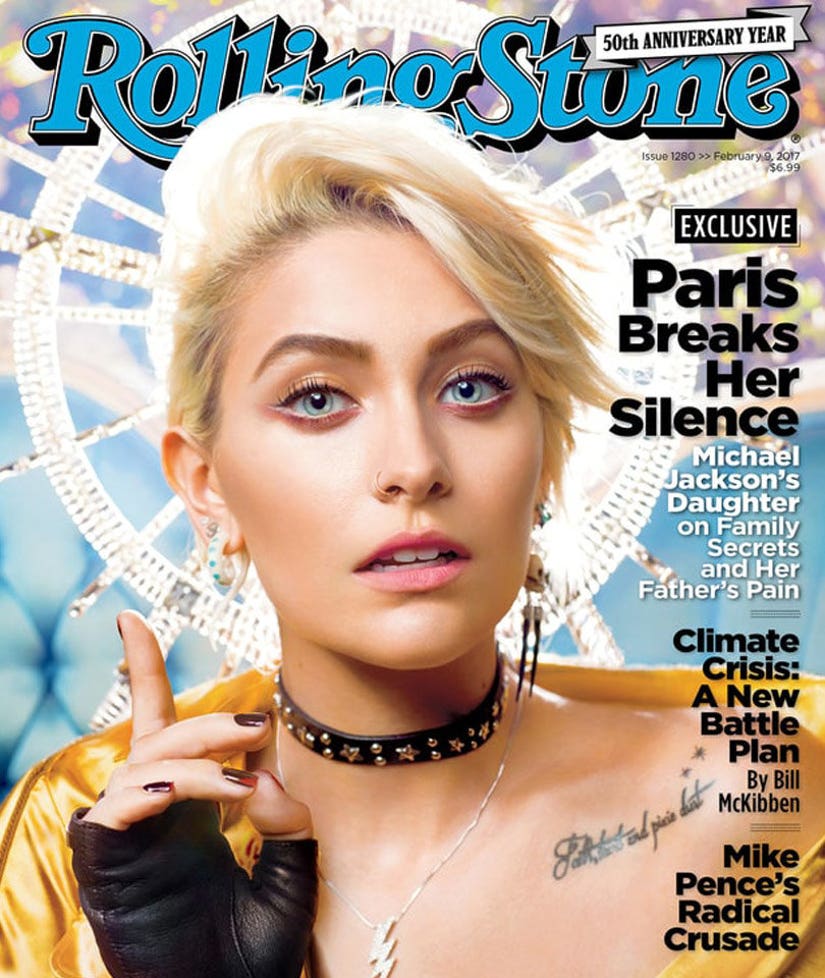 Paris Jackson just landed her Rolling Stone debut for the magazine's February cover in which she gave the first ever in-depth interview. And she did not hold back.

In the cover story, Michael Jackson's 18-year-old daughter touched on everything from experiencing sexual assault at a young age, attempting suicide, her father's own molestation trial and why she believes he was "murdered."

Here are TooFab's 5 biggest takeaways from the new interview:

1.) Paris Believes Her Father Was Murdered

When asked if she believes her father was murdered, she responded with an emphatic, "Absolutely."

"It's obvious. All arrows point to that," she continued. "It sounds like a total conspiracy theory and it sounds like bulls---, but all real fans and everybody in the family knows it. It was a setup. It was bulls---."

She also told the magazine she wants revenge. "I definitely do, but it's a chess game. And I am trying to play the chess game the right way," she explained, "And that's all I can say about that right now."

"It was just self-hatred,low self-esteem, thinking that I couldn't do anything right, not thinking I was worthy of living anymore," she said of cutting her wrists in 2013. Paris added that she had attempted suicide "multiple times."

The attempts came after she says she was sexually assaulted by an older, "complete stranger" when she was 14. "I don't wanna give too many details. But it was not a good experience at all, and it was really hard for me, and, at the time, I didn't tell anybody," she added.

She later attended a "therapeutic school" in Utah. "It was great for me," she added," I'm a completely different person."

"Picture your parent crying to you about the world hating him for something he didn't do," she said of her upbringing. "And for me, he was the only thing that mattered. To see my entire world in pain, I started to hate the world because of what they were doing to him. I'm like, 'How can people be so mean?'"

Defending him against child molestation accusations, Paris added, "Nobody but my brothers and I experienced him reading A Light in the Attic to us at night before we went to bed. Nobody experienced him being a father to them. And if they did, the entire perception of him would be completely and forever changed."

4.) She Has No Doubts Michael Is Her Dad

"He is my father," she explained. "He will always be my father. He never wasn't, and he never will not be. People that knew him really well say they see him in me, that it's almost scary."

"I consider myself black," she continued, adding that MJ would "look me in the eyes and he'd point his finger at me and he'd be like, 'You're black. Be proud of your roots.' And I'd be like, 'OK, he's my dad, why would he lie to me?' So I just believe what he told me. 'Cause, to my knowledge, he's never lied to me."

She also talked about birth mother Debbie Rowe, explaining, "When I was really, really young, my mom didn't exist." Paris didn't find out who her mother was until she was 10 or so, eventually meeting when she was 13.

5.) Why She's Turning to Modeling

"Plenty of people think I'm ugly, and plenty of people don't. But there's a moment when I'm modeling where I forget about my self-esteem issues and focus on what the photographer's telling me – and I feel pretty," she explained. "And in that sense, it's selfish."

Jackson also said she plans to use her platform for good. "Am I gonna waste it and hide away? Or am I going to make it bigger and use it for more important things?" she muses.Read the full interview here.