John Goodman and Sara Gilbert, who portrayed father and daughter as "Roseanne's" Dan and Darlene Conner, reunited on Friday's airing of "The Talk" for a spoof video.

"There's something I've been wanting to talk to you about for a while now," Gilbert -- an anchor for "The Talk" -- told Goodman while watching a basketball game on the sofa. "I don't know how to say this. I'm a talk-show host."

"Well, as long as you're happy, me and your mom will support you," Goodman said. "You know, for a minute there, I thought you were going to tell me you were gay."

See more: John Goodman Reveals How Kristen Wiig Blew Him Off At A Party: 'I'll Never Speak To Her Again'

Gilbert, who is gay in real life, joked: "Let's save something for halftime." 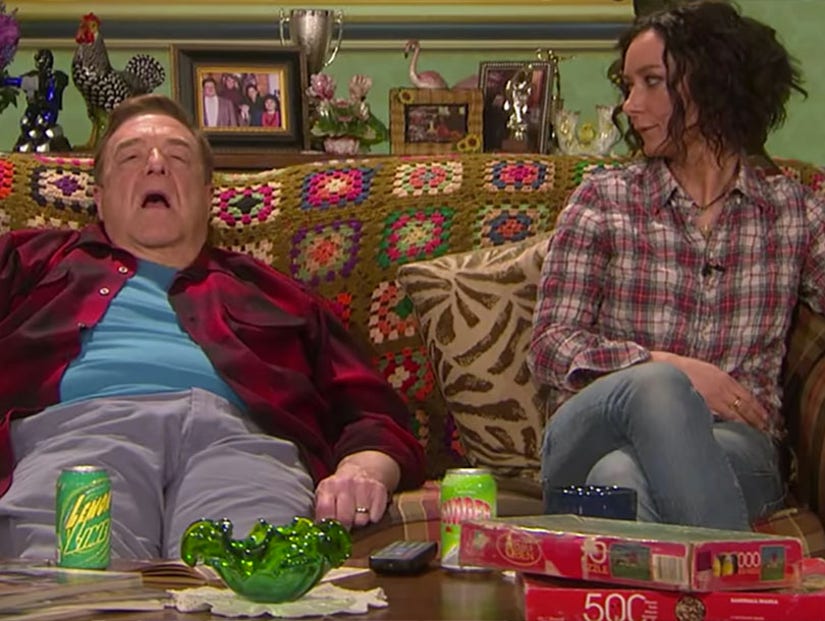