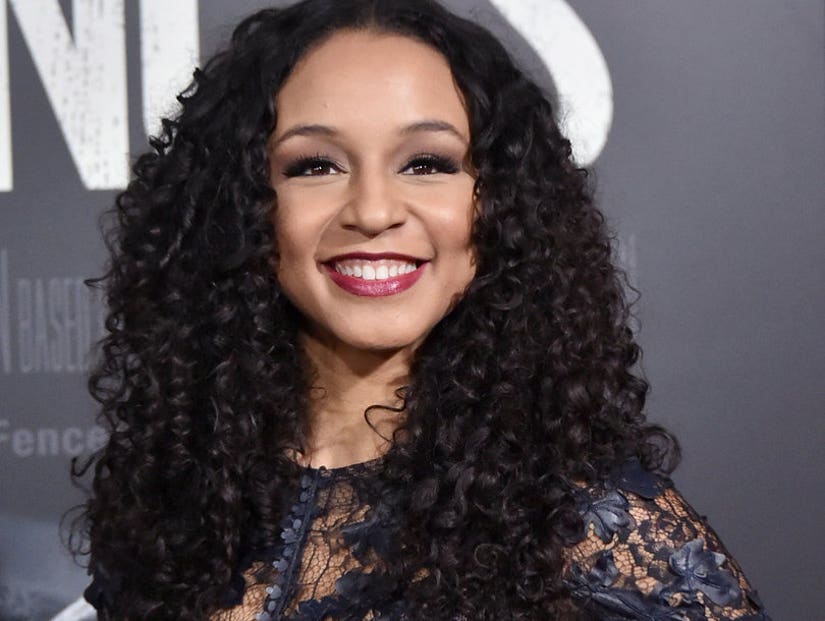 "The Arrangement" just aired its third episode, and we can already say we've seen Megan Morrison's nudes, Hope's ugly side and a whole lot of Kyle West. But as Carra Patterson puts it, "a lot of the characters have secrets," and we haven't even reached the tip of the iceberg.

Here's what the star told TooFab during our Q&A:

You alluded to something from Megan's past last episode when she told you about how she wanted to sign the marriage contract. Were you alluding to the naked photos?

No, I wasn't. I think the naked photos were an added surprise, but there's a deeper secret that only Shaun knows at this point in the story. I'm her closest friend, and I'm protective of her because I do know what she's gone through and what she's had to overcome in her life, but I don't think it's the best idea for her to get all of this attention, as much as she would love it for her career. I'm protective because I know more about her past than everyone else does. And the secret I'm referring to, Hope doesn't know.

On Sunday's episode, you meet Kyle West for the first time and see his mansion and attend the Third Annual Change of Clothes Foundation party. Kyle is also super sweet to you and Hope. Was he faking it? Is there a side to Kyle we haven't seen yet?

At this point, Shaun is surprised because he seems more genuine than I imagined him to be. I think I'm definitely suspicious because of this contract and obviously trying to look out for my friend and I don't want her to be deluded by all the glitz and all the glamor, but I think meeting him at this party, Shaun is surprised because he does seem very genuine. And I see how she could sort of be swept off of her feet.

What do you think about the way Megan and Kyle clapped back at the public by releasing a nude photo of them two? Was that the best way to go about it?

I think that you do have to stay ahead of the game and you kind of have to be one step ahead so you can maintain the power and maintain your composure. I don't know if Shaun would have gone about it that way, but it's the best Hollywood approach.

As of now, Megan is still really close to you and Hope. Is that expected to change?

I do think their friendship will be tested. They are real friends and Shaun is very loyal. They've known each other from before. Shaun is an attorney. She's been friends with Megan since college. They have gone through a lot together, but I do think this new life with Megan being not only a star, but also with the Institute [of a Higher Mind] being a part of the world as well, I think it's gonna test all of their lives. So think it's gonna be tested, and you'll just have to see how and if they make it as friends. 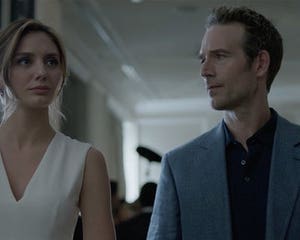 What ends up happening with James, the guy you meet at the party, who's a part of the Institute?

At this point, Shaun is intrigued. I think similar to Shaun's first impression of Kyle, she was more suspicious. A lot of times, anything that's unknown, anything that's mysterious, can seem dangerous and unfamiliar. But being there she sees like, 'Oh, wow, Kyle is a very nice, sincere guy.' Meeting James she has these initial impressions of what the institute was, but meeting someone so down to earth and grounded and intelligent like James, I do think her curiosity is peaked. At this point that's all it is. She's not drinking the juice yet, but I do think that he does spark her interest.

Will we see James again?

Yes, you will see James again.

What can you tell us about Adam Westfeldt and the morality clause? Why was he so insistent on getting Megan out of the movie role alongside Kyle?

Basically, Megan has to uphold these standards, and that's what Shaun was trying to protect her from. There's a line that Shaun says in the pilot episode, which is, 'He's expecting you to be the perfect girlfriend.' And the nude photos disrupt that image, and this is what she's opened herself up to. So yeah, the nude photos go against that, and he doesn't think that she should have the movie role or she should be considered for it because of that. Without saying too much, this is just one of the many things that she signed up for because she signed the contract.

Terence ends up telling Kyle it took him a while to warm up to Megan, but if she makes Kyle happy, he's on board. Something about it doesn't seem genuine. What can you tell me about that?

A lot of the characters do have secrets, and he's no exception. I think that he's trying to be on board, but there's definitely something. You know how they say, he's keeping one eye open. I think he's gonna try to give her a chance, but I think she's walking a thin line with Terence.

Hope reveals to you that she leaked the photos. Do you ever tell Megan? Does Megan ever find out?

As of now, I will say that Shaun does not want to be the one. Shaun is a great friend, not only to Megan, but also to Hope. She doesn't want to tell anything to Megan that's gonna completely destroy her or throw her off. I don't think Shaun feels like Megan needs to know that Hope leaked the photos at this point. So at this point, I can only speak for Shaun who has no intention of telling Megan about one of her best friends betraying her by leaking the photos.

Shaun is definitely the more protective friend. In that scene between Shaun and Hope, she sort of gets upset with Hope because she should be a supportive friend and leaking those photos …whatever her intentions or motives were, it doesn't have her best interest and she's not being a good friend and she needs to get over whatever her own issues are and be there for her friend. So that's all Shaun is thinking about and I can't say what's gonna happen next, but stay tuned. 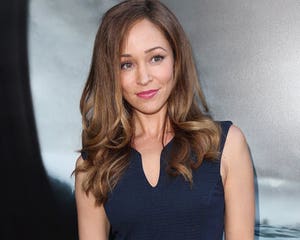 What do you know about the missing girl who was part of the institute, Sofia Merkel, who the detective brings up to Terence at the end of the episode?

What's been fans' reaction to the Scientology comparisons?

I think people have a right to compare and find similarities if that's what they choose to do, but that doesn't mean that's what the entire show is based on. I think the reason why the similarities are glaring is because arranged marriages have been rumored in Hollywood for years. And Tom Cruise and Katie Holmes has probably been the biggest arranged marriage rumor, so those suspicions in comparison are natural, but I think as you see even in the episodes that have already aired, you'll see that this is a story in and of itself. There are so many marriages and relationships even on the cover of magazines today. We always wonder: Are they really together? Are they truly in love? Or are they just doing it for the attention? And if they are doing it for attention, then that is essentially an arranged marriage. So tom and Katie is just the biggest rumor of them all. So that's just my take. I think its natural and I think it's OK that people have questions about it, but it's a story in and of itself. There are hundreds of marriages that may or may not be real, and it's natural for everyone's mind to go to the most famous one.

Have you ever experienced any arranged marriages first hand?

I haven't seen any contract marriages, but I can say I've seen friends who had done some great work and had a certain level of fame and then talk about dating another artist or musician or actor who was also famous, but I've overheard people talk about how it would be cool to date someone and then in the same conversation wish for the publicity that would come out of it. So I start to feel like, is this how it happens? People seem to be very aware in this industry of the image that the relationship would give them and how much more press it would get them, so it's an interesting conversation, and it gets blurry. Not everything is going to be 'oh, we went out on a date, here's a contract.' But as far as true love, it should just be about the two of you and not on how the world and the public would see you and how many followers it can get you. So to me, even having those conversations surrounding love and romance seems to be a bit arranged in a way, so that's the closest that I've come. But no, I don't know of anyone with a contract marriage.

What's in store for next week?

The story is still unfolding. It's gonna be a wild ride, so buckle up.