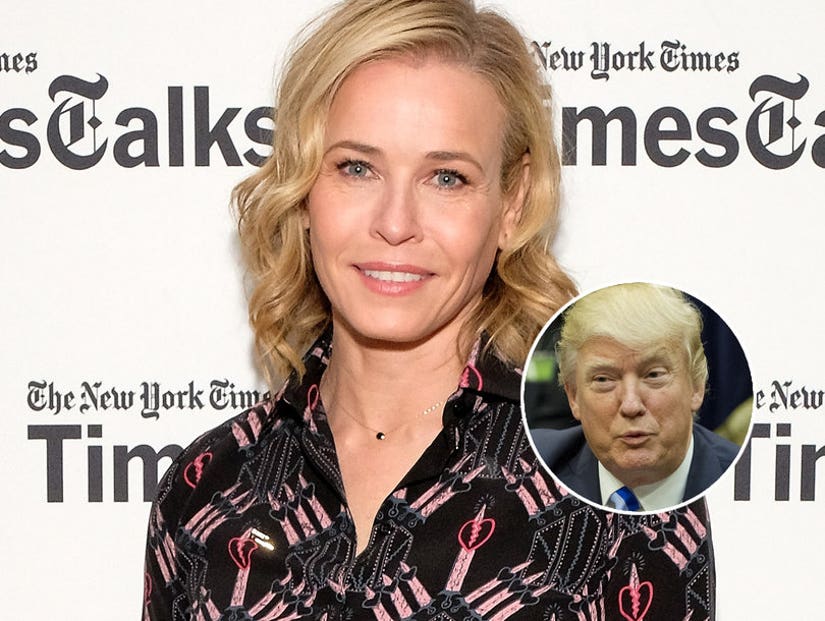 Donald Trump's comments about the Civil War sent Twitter into overdrive on Monday morning with Chelsea Handler leading the charge against the commander-in-chief.

In an interview with Salena Zito for Sirius XM Politics radio, Trump questioned why the Civil War had to be fought in the first place, while calling President Andrew Jackson a "swashbuckler."

Handler was one of the biggest names to criticize the president for his comments:

The civil war? Why didn't that one get settled? I don't know, @realDonaldTrump/ASSHOLE. Maybe because people owned other people? My god.

You know who's not a swashbuckler? You, @realDonaldTrump you fat, ignorant, imbecile You're about as useful as an ashtray on a motorcycle.

Andrew Jackson entered the conversation when Trump drew comparisons between their presidential campaigns.

"I mean, had Andrew Jackson been a little bit later, you wouldn't have had the Civil War. He was a very tough person, but he had a big heart. And he was really angry that he saw what was happening, with regard to the Civil War. He said, there's no reason for this," said Trump.

"People don't realize, the Civil War -- you think about it, why? People don't ask that question," he continued. "But why was there a Civil War? Why could that one not have been worked out?"

Listen to the comments in full below:

"Had Andrew Jackson been a little bit later, you wouldn't have had the Civil War" @realDonaldTrump told @SalenaZito. Full intv at 2pE, Ch124 pic.twitter.com/d7PuRRm7Md