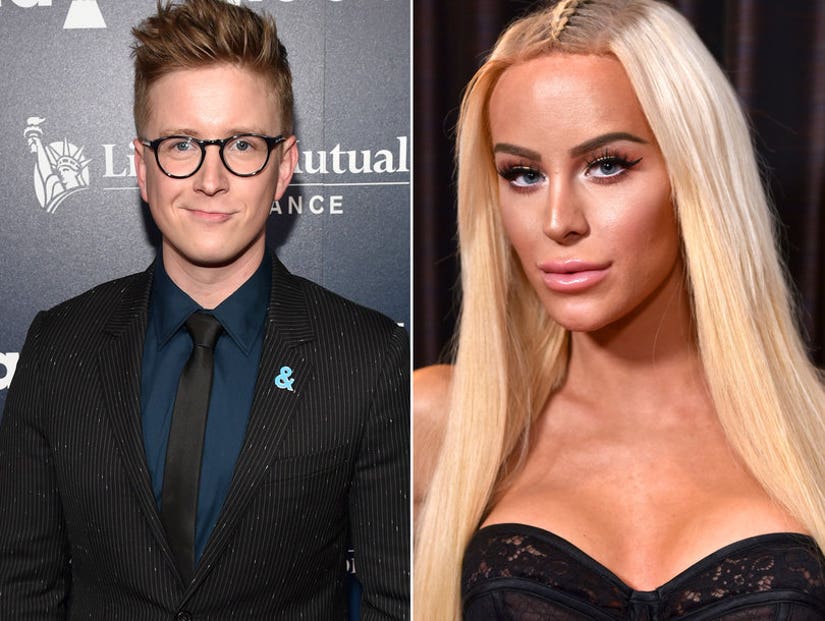 On Friday May 12, the YouTube Space facility in Los Angeles will host the opening night of OUT Web Fest 2017, a three-day festival celebrating the best in independent LGBTQ digital storytelling.

The festival features community leaders and role models in screenings and speaker panels throughout the weekend, with a stated mission of "provid[ing] the opportunity for all queer content creators to connect with the global community and celebrate the progressive evolutions of LGBTQ entertainment."

The premiere at YouTube Space LA will also honor the work of Tyler Oakley and Gigi Gorgeous and include a screening of Gigi's documentary "This Is Everything: Gigi Gorgeous" by Academy Award-winning director Barbara Kopple, which was an Official Selection at Sundance and aired on YouTube Red.

Tyler Oakley will be given the Vanguard Award honoring an out influencer who's had a profound impact on LGBTQ visibility and acceptance. He just hosted the 2017 GLAAD Rising Stars Luncheon and appeared on the GLAAD Awards red carpet, and has been a prominent supporter of the Trevor Project for years. Gigi will receive the Vision Award for her courage, creativity and optimism in telling her story to a wider audience and helping to evolve society's perspectives on LGBTQ issues. Androgynous model Ari Fitz will also be honored for her work in LGBTQ storytelling.

Just a few weeks after YouTube inadvertently blocked LGBTQ-related content with its "Restricted Mode" filter in an effort to make the platform more advertiser-friendly, the festival is a chance for the company to strengthen its relationship with queer creators and shine a spotlight on their work. 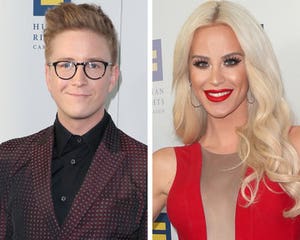 "YouTube has supported the LGBTQ community for years and we're honored to host OUT Web Fest's second annual digital shorts festival at YouTube Space LA to further shine a spotlight on the voices shaping the important conversations around LGBTQ issues," said Liam Collins, Head of Americas for YouTube Spaces.

OWF's Head of Programming Christopher J. Rodriguez says, "As an LGBTQ-inclusive festival dedicated to new and emerging queer and allied storytellers, OWF is more important than ever at this time in history and we could not be prouder to partner with YouTube Space LA to launch our second year."

OUT Web Fest started in May 2016 as the first ever Hollywood digital shorts festival by and for LGBTQ creators. Categories include Music, Drama, Docs/Experimental and Comedy.

The opening night at YouTube Space LA will be followed by festival screenings over the weekend at the Downtown Independent Theater in Los Angeles. The premiere is sold out, but you can purchase tickets for the screenings here.

The following is just a sample of the LGBTQ creators whose work will be featured at the event.

oh my gosh!! this is seriously such an honor. if you're in LA, tickets are free & i'd love to see you there: https://t.co/sCMaZJOTTS 💛 pic.twitter.com/sdYvmJyZ6A

Gay Hollywood Dad's teaser will screen at OUT Web Fest this Saturday 5/13 at 7 pm at The Downtown Independent.... https://t.co/o5hHOlmgkV

Looking forward to attending @OutWebFest representing @dfgseries this weekend. Thx for having us!

My music video was selected to be a part of @OutWebFest & I think thats v exciting. Who will be there? Lez see each other! #lgbt #femalegaze pic.twitter.com/ddwMSoSl22

The movie poster for my short documentary entitled #RebelsOnly (available soon on @REVRYTV) will be screened at this year's @outwebfest. pic.twitter.com/qqFeq0fLe0