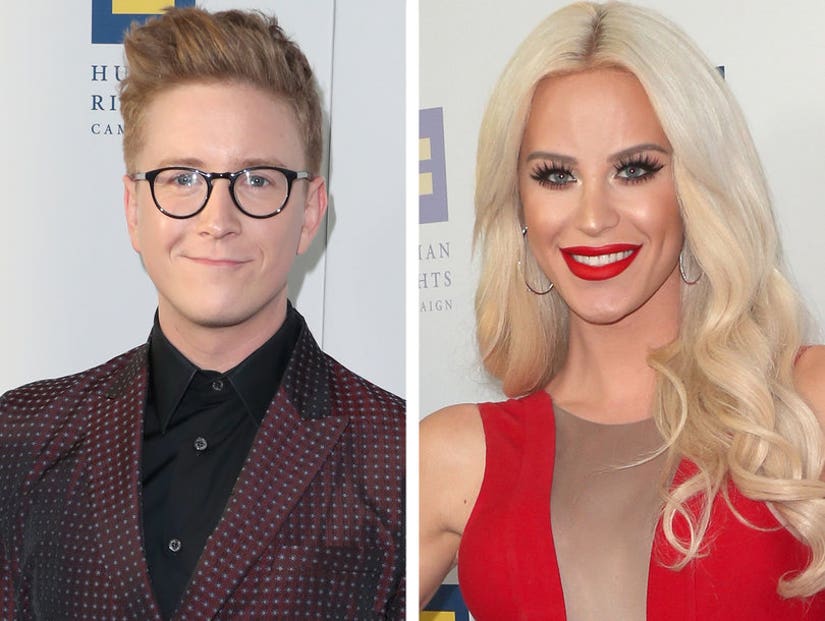 Update (March 21, 2017, 7:00 AM PT): YouTube published a blog post on Monday addressing LGBTQ creators' concerns following the backlash over their "Restricted Mode" settings over the weekend. "The bottom line is that this feature isn't working the way it should," wrote Johanna Wright, VP of Product Management. "We're sorry and we're going to fix it."

Wright explained that Restricted Mode was introduced in 2010 and was designed to broadly restrict mature content, including profanity, violence, and discussion of certain diseases like addictions and eating disorders. "Our system sometimes makes mistakes in understanding context and nuances when it assesses which videos to make available in Restricted Mode. ... While the system will never be 100 percent perfect, as we said up top, we must and will do a better job."

LGBTQ videos that have been identified as wrongly affected by the system are being manually restored while they fix the problem, Wright said.

YouTube spent the weekend and much of Monday scrambling to explain itself after LGBT creators accused them of blocking their videos when the platform is in "Restricted" viewing mode.

The company came under fire when a number of prominent LGBT YouTubers began to notice that their videos had been lumped in with "potentially objectionable content" that the new setting hides from children and families.

Some YouTubers were shocked to find out that most or all of their videos had been flagged under this restriction, despite containing no sexualized or controversial content.

British YouTuber Rowan Ellis, who discovered that about 40 of her videos were hidden in Restricted mode, explained how this promotes the idea that LGBT people, simply by existing, are somehow perverse and inappropriate and not suitable for children.

"This is something which goes far beyond a mistake that YouTube might have made that they're going to draw attention to and fix later,"she said. "This is something that's getting me really, really angry. I've made some videos recently about LGBT kids' content, and it all comes back to this really insidious idea which has been with us for so long as part of our history."

The debate went viral after social media celebrity Tyler Oakley demanded a response from YouTube. "One of my recent videos '8 Black LGBTQ+ Trailblazers Who Inspire Me' is blocked because of this," he said.

still not fixed. one of my recent videos "8 Black LGBTQ+ Trailblazers Who Inspire Me" is blocked because of this. i'm perplexed, @YouTube. https://t.co/MrGBmPum1a

He urged his followers, "Until we hear back from YouTube, please actively check on all LGBTQ+ creators you're subscribed to and continue to support their content."

Transgender YouTube star Gigi Gorgeous addressed the issue in a video after receiving hundreds of questions from her subscribers and confirming that much of her daily content was affected by the setting.

"At the end of the day, it makes us, the LGBTQ community, look bad," she said. "I know that's not what they're trying to do, that's not what they've ever tried to do, but it really does. And it's scary on so many levels. I know when I was younger, YouTube was my family; YouTube was the place where I found a community of people that understood what I was going through and agreed with opinions I had."

YouTube attempted to get ahead of the controversy by releasing a statement on Twitter. "We are so proud to represent LGBTQ+ voices on our platform - they're a key part of what YouTube is all about. The intention of Restricted Mode is to filter out mature content for the tiny subset of users who want a more limited experience. LGBTQ+ videos are available in Restricted Mode, but videos that discuss sensitive issues may not be."

A message to our community ... pic.twitter.com/oHNiiI7CVs

They tweeted again today, assuring people people that some videos have been incorrectly labeled and they're working on the problem.

Sorry for all the confusion with Restricted Mode. Some videos have been incorrectly labeled and that's not right. We're on it! More to come.

But so far YouTube's response has not been enough for angry creators, who are demanding answers on when this started happening and how the restrictions were decided in the first place.

Can you please explain --in detail-- the processes that are restricting loads of LGBT+ content?

This is a straight up lie. Queer fan vids and most queer YTers I follow (all sans sexual content) are being blocked in restricted mode. https://t.co/gfHdOXWRY1

Again, youtube doesn't think it should hide accounts of white supremacists that leave racial slurs on videos, but LGBTQ+ videos are too much

When any medium moves to restrict/block LGBTQ+ content, there's only one solution for creatives: Make MORE LGBTQ+ content. Be loud.

I'm curious if scripted shows with LGBTQ+ characters/storylines are affected by the restrictions as well.