Jessica Chastain's reaction to this Johnny Depp question was everything 🙄😂 pic.twitter.com/x2n5v4PUpl

During an interview with BBC News, the actress was asked if she had specific techniques for remembering her lines. In his line of questioning, the reporter referenced rumors Johnny Depp uses an earpiece to have lines fed to him from the script, inducing quite the response from Chastain.

"No, I guess my technique is working hard," she said after rolling her eyes. "So on the weekends before I go into my work week, I memorize. I will spend my entire day working on the script and the scenes that I have coming ahead." 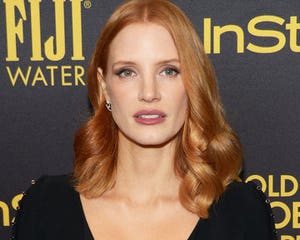 Why Jessica Chastain Thinks Donald Trump Could Be Good For Feminism

It's unclear whether the roll in question was in response to what the reporter asked her or her feelings about Depp's alleged antics. Fans have argued both sides of the argument in the replies to the BBC tweet above.

Chastain went on to talk about what else she did to prepared for her role in "Miss Sloane," where she played a lobbyist living in Washington, D.C.

"It had to be second nature to me," she said about learning the personality and tonality of her character. "And the only way to do it is to spend the hours doing it." 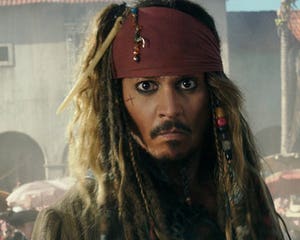 'Pirates' Sequel Wows at Early Screening: See What Fans Are Buzzing About