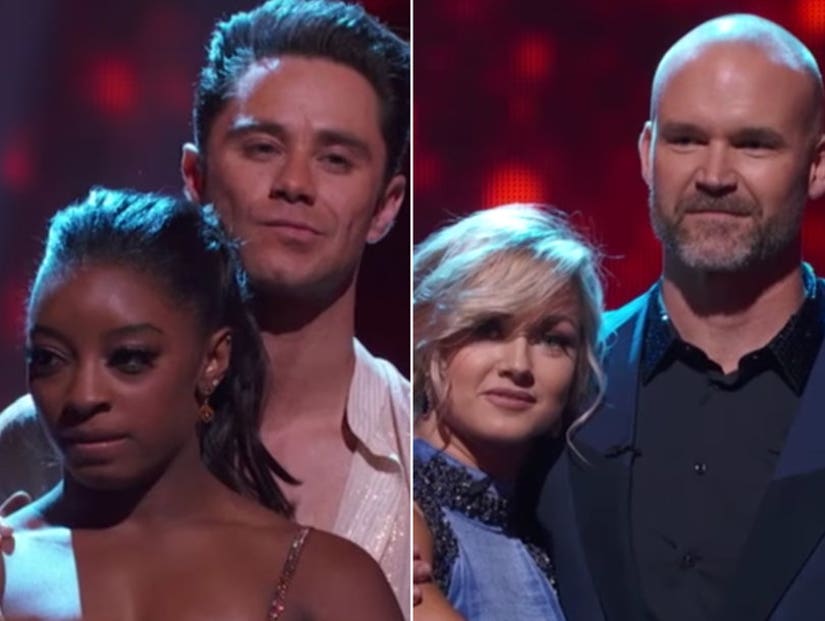 It's TooFab's officially unofficial "Fifth Judge" and we are so very close. With only four couples left, there are three very strong contenders and one very likable catcher. Outside of David Ross, it's really anyone's game, though I have to give the edge to the two women, Normani Kordei and Simone Biles. Rashad Jennings is impressive, but not as consistently great.

Fair warning, since I'm safe at home, I'm probably going to be a little harsher than my colleagues Carrie Ann Inaba, Len Goodman, Julianne Hough and Bruno Tolioni. But I might be nicer, too. Maybe. 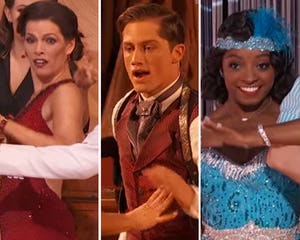 Fifth Harmony member Normani Kordei & Valentin Chmerkovskiy were challenged by Len Goodman to give him 12 full bars of Viennese Waltz, because Val is always so cheeky with him. The front-runner looked as if she'd been dancing this style for years, giving plenty of proper technique without losing a bit of their lovely acting performance and the attitude of the piece. It is a professional looking partnership, despite the slightest misstep at one point, it was still mesmerizing.

Normani & Valentin brought plenty of energy to a jazz number that was definitely more in her wheelhouse. Cameos by her grandma added charm to a wonderfully entertaining and challenging piece. That lift was not easy and the energy never wavered. That could have come right out of a professional Broadway production. Classic jazz throughout, I could not have been more pleased.

"What a Wonderful World,” Ray Chew 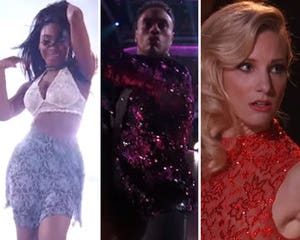 Former Cubs catcher David Ross & Lindsay Arnold were challenged by Julianne Hough to get David's booty under during a foxtrot. He trained with lemons to learn proper carriage, and it was time for him to prove himself a dancer. Unfortunately, it's just still not there. He lumbered around at a few points, stick his bottom out still to much, and just looked too amateurish. He learned that choreography though he was still too heavy on his feet, and he's still joyful to watch, but he is just so completely outclassed by those left.

"You Make Me Feel So Young,” Michael Bublé

David & Lindsay took on a tango for their second dance and lost. But when it started, for a moment it was a dance. He executed the steps and it was recognizable as a tango, but it was a little clumsy still. He is getting better, and was still a bit stiff and heavy. David is a great guy but just an okay dancer.

"Castle on the Hill,” Ed Sheeran 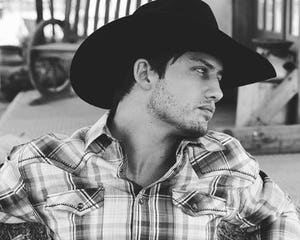 Bonner Bolton on How 'DWTS' Is Therapy

Olympic gymnast Simone Biles & Sasha Farber were visited by Carrie Ann Inaba, who is determined to let her personality and her truth done through this jive. It totally worked. She brought a delightful bit of sass to a jukebox inspired piece. I saw one tiny misstep, but she was nearly flawless while showing expression and personality. She was light and quick in a very challenging piece, but also gave us some acting. Normani can feel Simone at her heels now.

Simone & Sasha showed a beautiful, vulnerable side on a rumba. This was the most mature she looked. Simone gave me my first emotional response of the night in a piece that was also technically flawless. She told a story and it was personal and so inspiring. Simone is it of her shell and making a play for dancing gold. Just wow.

NFL running back Rashad Jennings & Emma Slater were challenged by Bruno Tolioni to get his feet and hands tighter in a rumba. After some pointers, he absolutely did. What an amazing improvement in a single week. His movements were so deliberate and graceful and it was beautiful. His footwork was still a little suspect in a few places, but his confidence was palpable in controlling that performance.

Rashad & Emma faced the dreaded quickstep to choose the show. Not any enviable position, but he's proven a capable dancer. And he pulled it off. The footwork is a nightmare in this style, but he kept up with it. There were moments he was too heavy on his feet (I agree with you, Len). I don't expect a non-pro to perfect this piece, but Rashad gave one of the more confident amateur performances I've seen.

"Yes I Can,” Superhumans

Making it to the finals first were Normani & Val, along with Rashad & Emma. Simone did not deserve to be in danger, and it was immediately worrisome that she was facing off against America's sweetheart.

And it all went wrong, as it has too many weeks already. The best dancer on the night and one of the best all-around dancers in the series' history went home as the gold medalist couldn't surpass the fanbase of the World Series champ.

We all love David, but there is no world where it is just he dances for the title and Simone does not. I'm sorry. And the judges inflated votes for him this week only make a victory even more possible in next week's finale. My heart hurts for her

The 'Dancing With the Stars' finale airs next Monday at 8 p.m. ET on ABC.