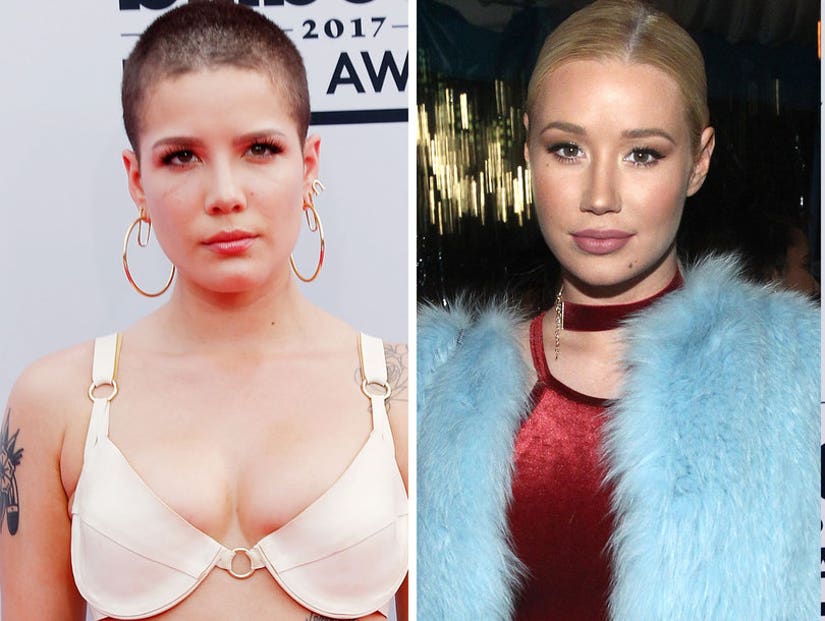 The singer has released singles with The Chainsmokers, Justin Bieber and Lauren Jauregui in the past and has a duet with Migos rapper Quavo on her new album. While defending her choice to sing with Quavo despite his controversial comments about the gay community in an interview with The Guardian, Halsey threw the "Fancy" singer under the bus.

"I think he's misunderstood," she said of Quavo. "Just because I choose to be a socially conscious artist, and I'm pretty good at it, that doesn't mean every artist is going to be equipped to be politically correct. I don't think he's inherently homophobic, I think he's in a tough place of trying to explain what he means. I agree his apology was bullshit but I can't police everybody."

"There's a lot of people I wouldn't put on my record. Iggy Azalea: absolutely not," she added. "She had a complete disregard for black culture. Fucking moron. I watched her career dissolve and it fascinated me."

Iggy has yet to respond to the slam on social media. A rep for the singer has not yet responded to TooFab's request for comment.