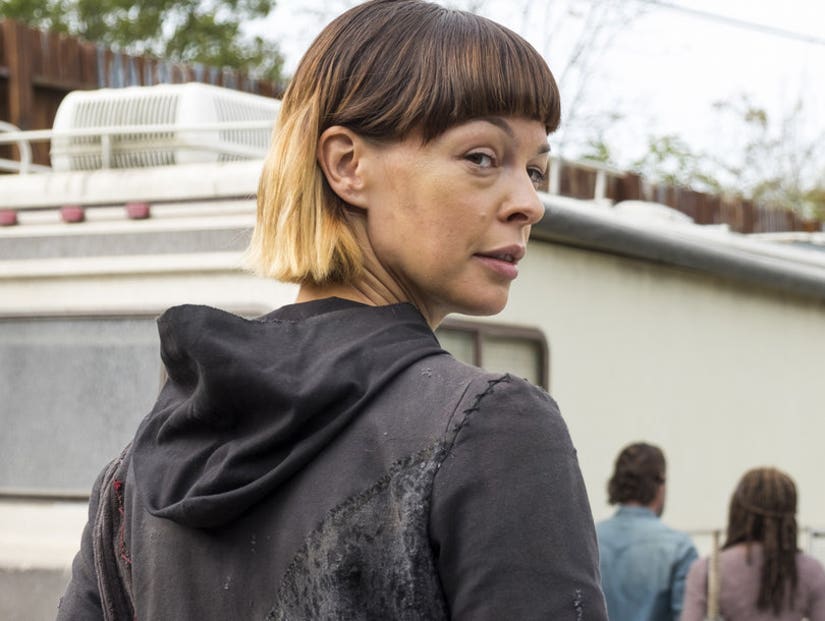 Sunday's new episode of "The Walking Dead" focused on the Survivors and the obstacles in the way of their moving forward with their attack on the Saviors.

At the top of the show, we learned that all the different communities - Alexandria, the Hilltop and the Kingdom - communicate via letters, as Rick (Andrew Lincoln), Carol (Melissa McBride) and Maggie (Lauren Cohan) caught each other up on their progress (or lack thereof). Carol told of the huge loss suffered by Ezekiel's (Khari Payton) followers, while Maggie gave an update on the Savior prisoners.

Though Rick admitted the war was "scarier" than he expected, he urged them both to move forward so sacrifices like Sasha's (Sonequa Martin-Green) weren't in vain. Their plan is to meet at the Sanctuary in two days, but they each have some important issues to deal with first.

Here are the 6 burning questions we're left with after "The King, the Widow, and Rick."

What Is Jadis Going to Do with Rick? 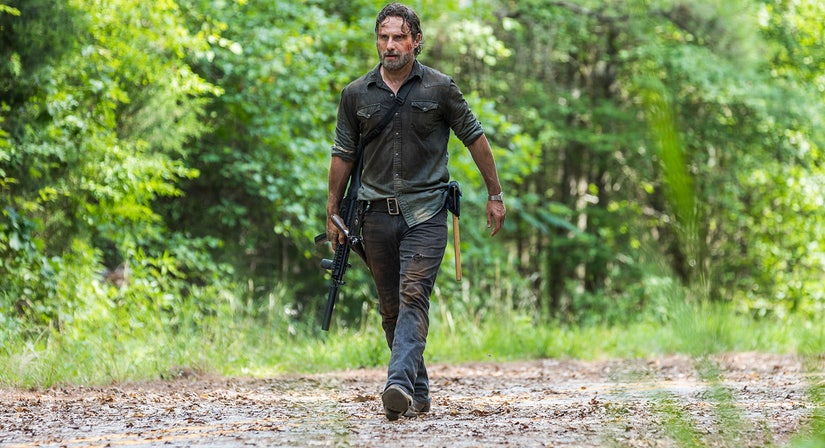 Jadis, Queen of the Trash People, (Pollyanna McIntosh) returned to "The Walking Dead" on Sunday night in all her glory.

Yep, the junkyard leader apparently loves making her little trash sculptures in the nude, something Rick interrupted when he came to her with a new offer.

Speaking with her unique phrasing, Jadis asked why he came back, after what her people did to his by forming a secret alliance with Negan (Jeffrey Dean Morgan). Rick told her the Saviors are "finished" after his people took out their outposts and trapped Negan and his men inside the Sanctuary, which is now surrounded by walkers.

Offering her what he sees as a "better" deal, he asked her to once again join up with his team. "You choice is to forget Negan, switch sides again and be a part of the next world that Alexandria, the Kingdom and Hilltop will build together," he said, "Or, we destroy you. Yes or no, what's it gonna be?"

It was a no from her as she had him escorted to a shipping container, where viewers saw him locked up in the nude by the episode's end. So, what is Jadis going to do now? Will she sell him out to Negan or do you think she'll start to come back around to working with Rick?

McIntosh recently told us Jadis' alliances could easily shift again going forward. "She wants to stay alive, keep her people alive and make the best deal she can and beat this thing and win this thing," she told TooFab. "She's going to be in her usual fighting mode but you're never gonna maybe know what she's actually thinking. She's gotta be on the winning side."

What Is Daryl's Plan? 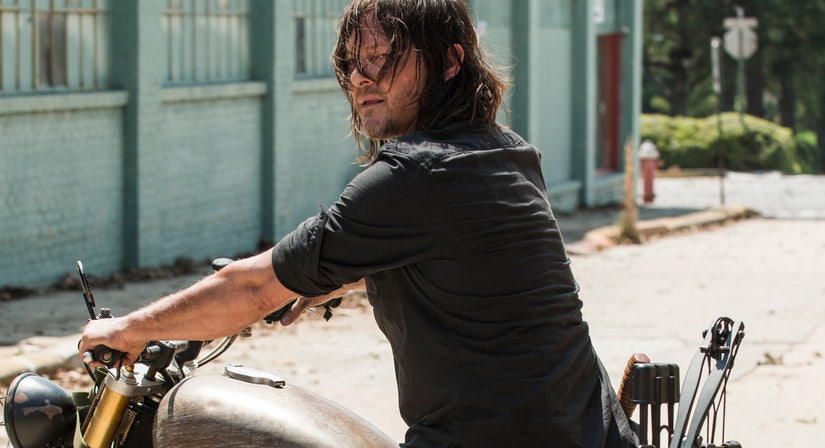 After taking out a few Saviors keen on luring the walkers away from the Sanctuary, Rosita (Christian Serratos) and Michonne (Danai Gurira) joined up with Daryl (Norman Reedus) and Tara (Alana Masterson) for what seems like a very dangerous idea. While major props go out to Rosita and Michonne for stopping those two Saviors -- with a grenade launcher, no less! -- going rogue with this other duo doesn't seem like the safest plan.

Both Tara and Daryl want to kill Dwight (Austin Amelio), even though he's currently working with Team Rick as a spy. It's clear Rick is planning something big at the Sanctuary, but they don't want to wait and take off on their own. They stumble across the other two women after the Savior fight and the four of them take off to Negan's lair together.

According to Daryl, they all have some "more work to do."

When they arrived at the Big Bad's fortress, they found it surrounded by walkers. "What do you need us for?" asked Rosita. Daryl's response: "To end this thing, right now."

What are the four of them hoping to accomplish that Rick, Carol and Maggie - and their respective armies - weren't already planning? Are they willing to screw up the master plan simply to take out Dwight?

If so, good luck Dwight, because this is one powerful foursome. 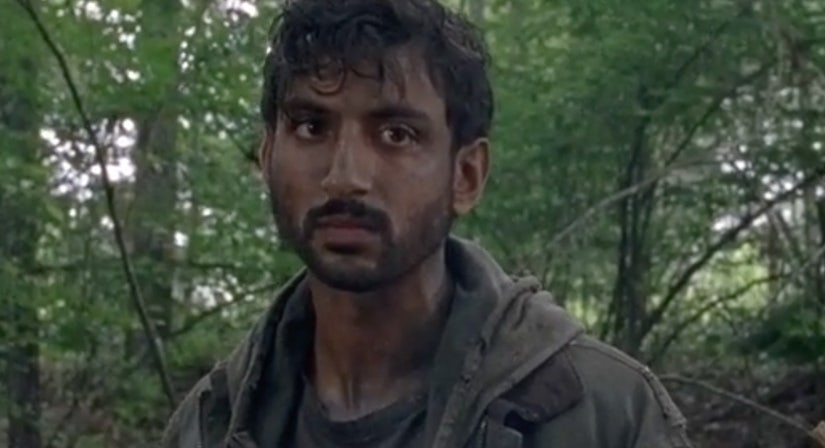 Carl (Chandler Riggs) ran into the young man he encountered back in the season premiere, now in the woods around Alexandria.

This time, the man introduced himself as Siddiq (Avi Nash), a name that should ring some bells for anyone who reads the source comic books. Carl had him answer the three questions, with Siddiq revealing that he's killed 137 walkers - "give or take a couple" - and one person, who he put out of his misery.

It appears Siddiq sees it as his calling to put walkers down in general, so he can "free their souls," or at least honor his mother's notion about that.

He was invited back to Alexandria with Carl, though it's unclear what the reaction will be like in town when they arrive. Now may not be the best time to trust solo strangers.

In the comics, Siddiq was from Oceanside, which is the all-female colony in the show. He also struck up an affair with Rosita, who was in a relationship with Eugene (Josh McDermitt) at the time. We could easily see all of this being thrown out for the TV series, so who knows what his future holds here.

Is Maggie Making the Right Decision? 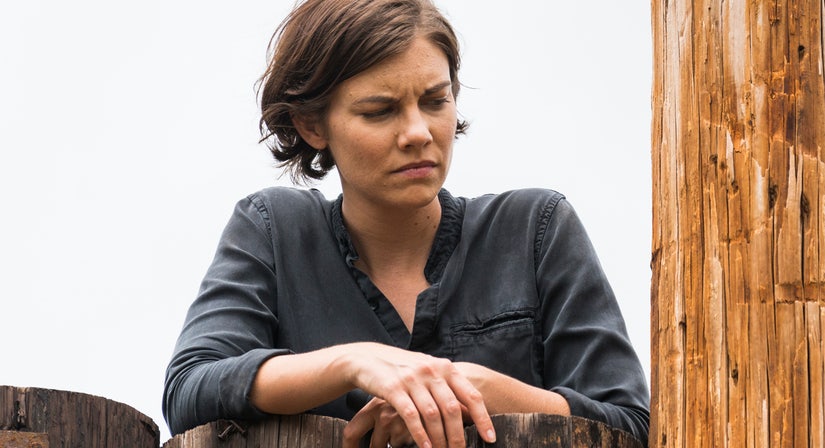 Once again, there's much debate over what to do with the Saviors. Tonight, Jesus (Tom Payne) and Maggie argued over their prisoners, with Gregory (Xander Berkeley) and a few of the Saviors themselves throwing themselves into the conversation.

Maggie became agitated when she saw Jesus was giving them food and water, but it's Gregory who really ticked her off. After Gregory warned her of having "wolves wandering amongst the sheep," it's Gregory himself who she saw locked up, seeing him as the real danger.

In the end, Maggie allowed the Saviors to stay -- but only because she believed they could be used as "bargaining chips" in the future. "They're alive because we might need them," she told Jesus, "if we don't, we can't let them live."

Will this ultimately be the right call? Throughout the night, the weaselly Jared (Joshua Mikel) repeatedly attempted to break out or steal weapons. It's only a matter of time until he does something, right?

And what do we make of that cute Savior who tried to point out that they're not all bad, calling himself "no angel"? He seemed to be flirting with Jesus and even stood up to Jared when he tried to get out of his cuffs, telling him, "I'm not gonna let you get us all killed."

Where Are Aaron and Enid Off To? 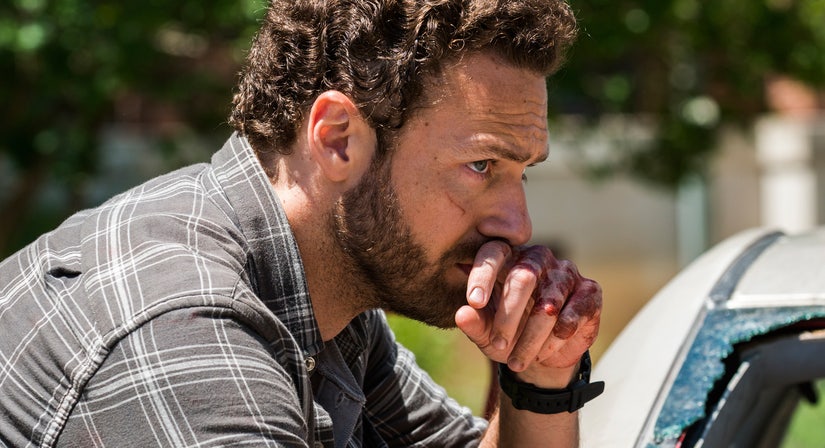 Poor Aaron (Ross Marquand) is still heartbroken over Eric's death, commiserating with Maggie over lost loved ones. Maggie told him it doesn't get easier as time goes on, but "it helps to do something about it."

With those words, he took off to "make sure we win," though it's unclear what he meant by that. Enid (Katelyn Nacon) offered to go with him, something he actually took her up on.

These two can't make a good pair, can they? And where are they off to ... the Sanctuary as well?

This decision might not be the smartest one for Enid.

Will Ezekiel Come Out of His Funk? 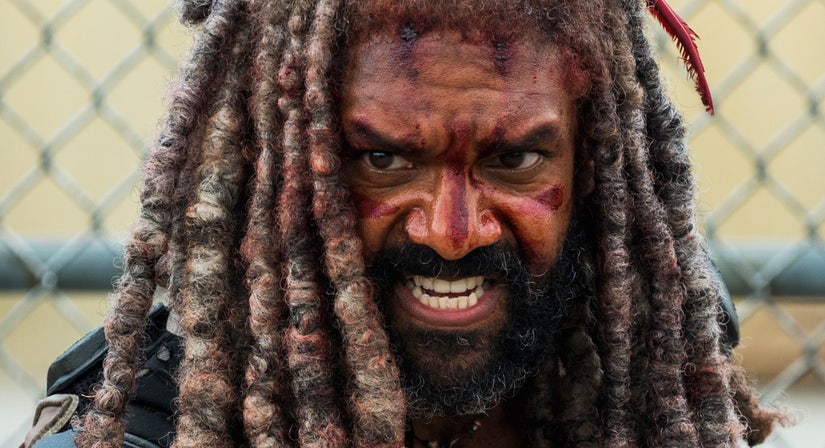 Over in the Kingdom, Carol spent the episode trying to get Ezekiel to reclaim his title as King after losing his entire army the week prior.

Following his return to the community, he holed himself up in his throne room, holding onto Shiva's chain as he mourned the deaths of his tiger and warriors.

"I know what you want from me, what I should be doing, but I can't," he told Carol, doubting his leadership. "Who the hell was I to choose for them?

"I said I was king, I played a part. Early on I was shown that the stakes were these people's lives and I still played the part," he continued. "I knew and yet I smiled. I can't do it no more. I can't be what they need."

Ezekiel told Carol she could lead them instead, but she refused. "You have to help them grieve, to move on, to end this. You owe them that," she pleaded. "Henry needs you. Those people need King Ezekiel and if you can't be the king, do what you do best and play the part."

His last words to her were a meek repeat of his earlier despair: "I can't."

With Henry on a mission to avenge his brother's death and Rick planning something for the not-too-distant future, will Ezekiel rally or will Carol actually have to step into the leadership role in the Kingdom? And might she better at it if she does?