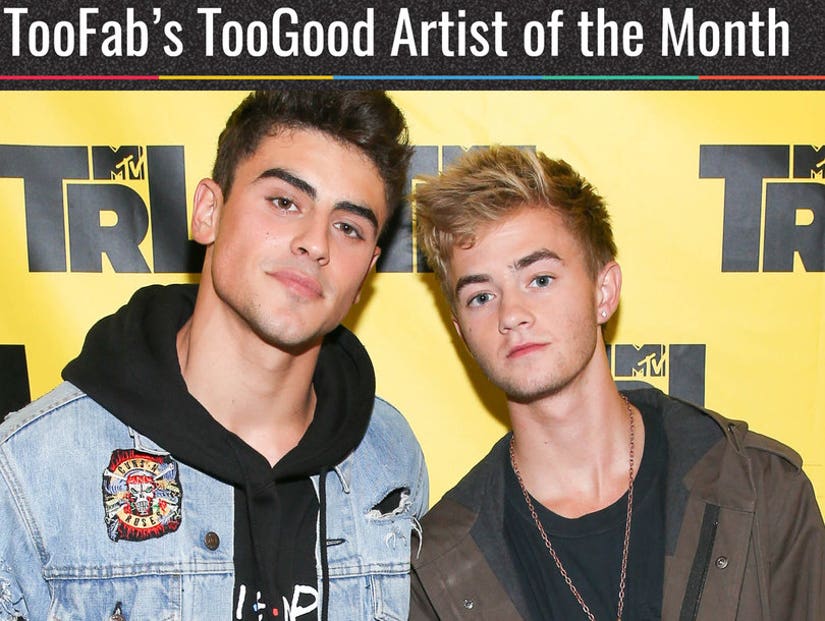 TooFab's latest TooGood Artist of the Month just finished a 30-stop U.S. tour, performing breakout singles including "Beg" and "Like That." They're both 21 years old and have already been dubbed "the future" by hip-hop artist/music producer Timbaland. And they've got a hefty social media following, garnering over 2.5 million on Instagram and 1.7 million on Twitter. 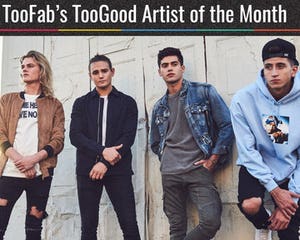 While the pair credits supportive fans for their success and the fans will of course point to Jack & Jack's talent, TooFab will throw out another factor: their chemistry stemming from a lifelong friendship.

Even though their focus has shifted to music, the Jacks want their fans to know they'll always bring the funny to the stage.

"The comedy between Jack and I is just how we are with each other," Johnson told TooFab when he and Gilinsky stopped by our studio. "There's still a comedic aspect to [our shows] just because that's how we are with each other. We have good energy; we've been best friends for 15 years. We're really grateful for how that allowed the music to take fruition because music has always been the passion."

"It was the fans who made us put out any original music," Gilinsky said. 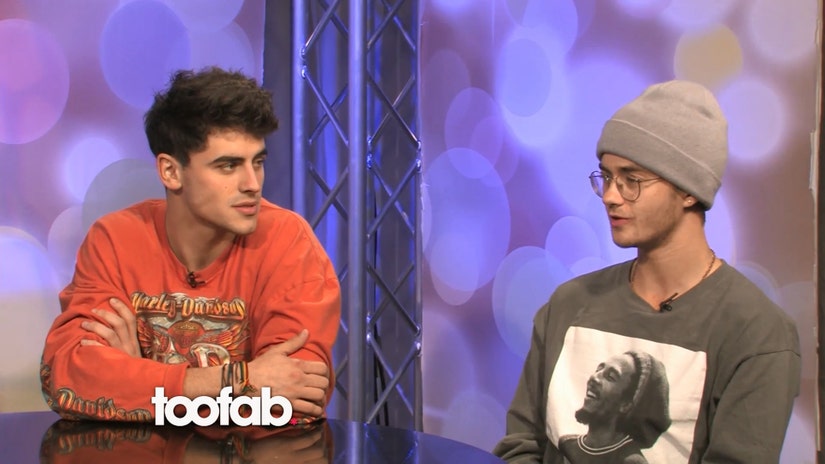 "We were in Nebraska," Johnson added. "We were like, 'How do we even go about this?' But that's what's cool [about social media]. You can be in Nebraska -- you can be anywhere in the world -- but if you have a great idea, the whole world can see it overnight."

"And that's kind of what happened," Gilinksy said.

Gilinksy said the duo chose to start messing around on Vine because it "happened to be the poppin' app at the time." They began recording funny videos and covers of other artists on Johnson's personal account, and their fan base grew from there. 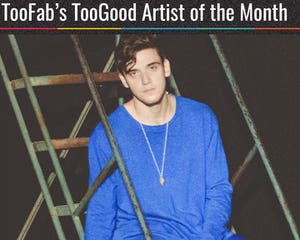 Johnson said they were particularly happy with their most recent tour because it was the first time fans were solely focused on their music at the shows.

"It was amazing because I feel like this was the first tour where every fan who showed up was actually coming for the music, not for different reasons," Johnson said. "We used to be making all this comedy content all the time, and we were also known for that, so a lot of times, fans would show up, and the show would be a fully musical show, but not all of them would be singing the words. Fast-forward a few years, it's to the point where every single fan, it doesn't matter whose face I'm looking at, they're singing in the crowd."

Gilinksy added, "The fans have always been supportive, but now it's just completely focused on the music, which is what we've always wanted." 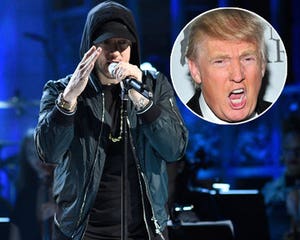 So what's the secret to rising from social media star to international sensation?

"As cheesy and cliché as it is, be yourself," Gilinksy said, adding that true fans can smell BS from a mile away. "I feel like what we have is just very genuine. We're never trying to be something we're not. We're just always trying to figure out who we are along the way, too."

"If you make music that fulfills you and makes you happy, that translates to your fans," Johnson added. 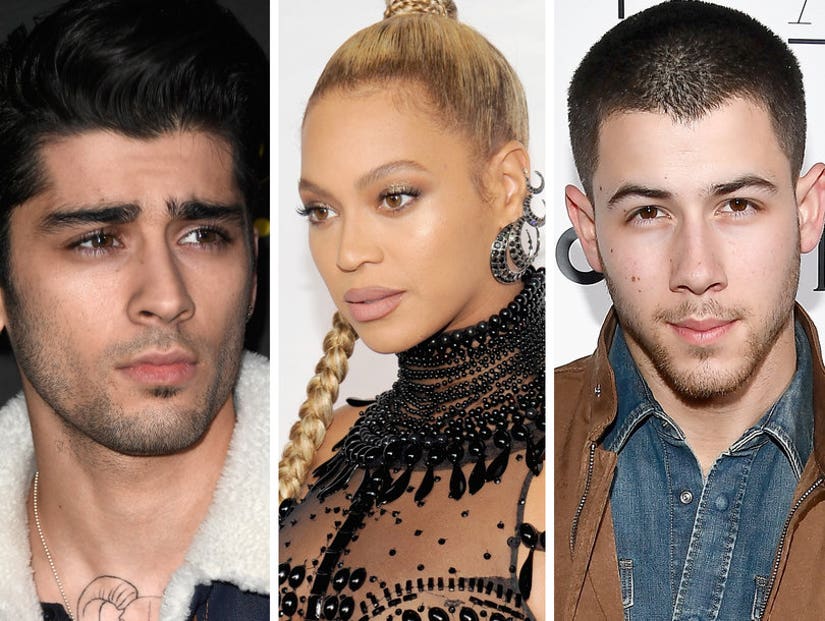