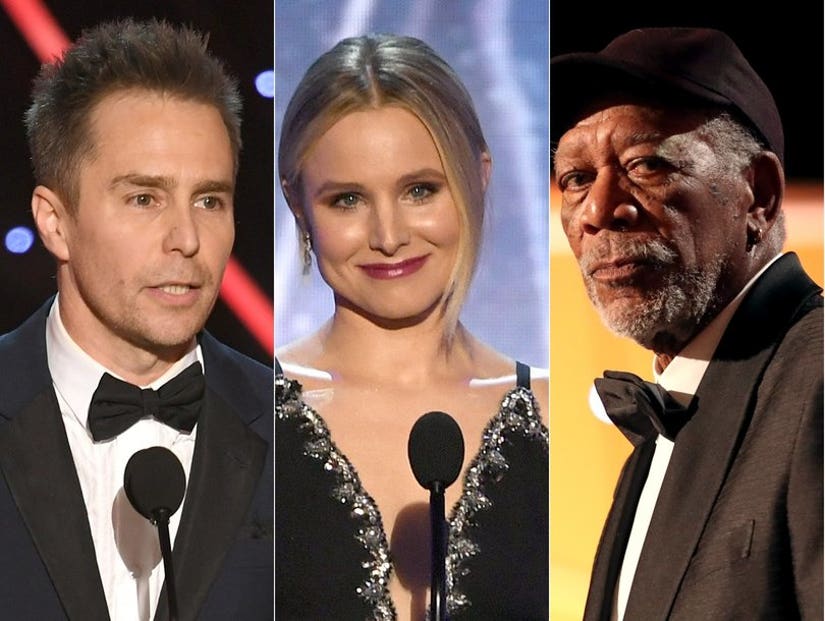 The Women's March rolled right into the 24th Annual Sag Awards on Sunday night, with Kristen Bell as the first-ever host, and mostly women presenting the awards. Continuing the awards season discussion on equality and safety, both #TimesUp and #MeToo continued to resonate, with many women wearing black as they did for the Golden Globes, and talking about the issue of the moment.

SAG-AFTRA president Gabrielle Carteris spoke passionately about the moment that has become a movement, while Brie Larson announced a new union code of conduct that will be in place to protect women (and men) on all film and television productions moving forward. The topic even hit the red carpet, with E!'s Giuliana Rancic asking Alison Brie about the allegations brought against her brother-in-law, James Franco. "I think that above all what we've always said is it remains vital that anyone who remains victimized should have the right to speak out and come forward," Brie responded, adding, "Not everything that has come forward is fully accurate." 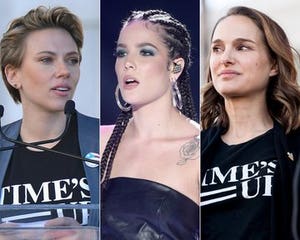 You'll find the complete list of mostly expected winners here, and can check out some of the highlights from the SAG Awards below, including a not-so-subtle jab at Donald Trump, plenty of #TimesUp commentary, and even a few laughs.

After winning Best Comedy Actor for his work on "Shameless," William H. Macy talked about fiction and truth in a speech that alluded both to the monumental truths of #MeToo, and the equally monumental lies of the Trump administration. "Even though our lines are given to us by writers, it's our job under those imaginary circumstances to find the truth," he said. "And I think it's a glorious way to make a living, especially in this day and age when so many people either can't recognize the truth or don't think it's important." 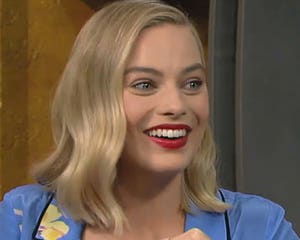 'Oh My God! What!?': Margot Robbie Learns of SAG Awards Nomination in Middle of Interview

The president of SAG-AFTRA, Gabrielle Carteris, took to the stage to talk about the watershed moment Hollywood finds itself in during this awards season. "Truth is power," she said. "And women are stepping into their power." But she was also quick to point out that this is really so much more. "Make no mistake, this is not a moment in time, this is a movement, and our strength comes in our unity."

Carteris called on everyone to be a part of that movement. "We are in the midst of a powerful cultural shift," she said. "With brave voices saying #MeToo and advocates who know time is up. We are making a difference. You are making a difference. It's amazing. Change is coming, and we are the agents of that change, men and women are the agents of that change. We can and we must create an environment in which discrimination, harassment, and abuse are no longer tolerated."

Ladies and Gentlemen, please give a standing RT to your FIRST EVER #sagawards Host, @IAMKristenBell! 🎭 pic.twitter.com/MrZfxRqXGK

After describing "The Handmaid's Tale" as a documentary, Bell spoke about the #TimesUp movement. "We are living in a watershed moment," she said. "And as we march forward with active momentum and open ears, let's make sure that we're leading the charge with empathy and with diligence, because fear and anger never win the race. And most importantly, regardless of our differences, I think we can all come together on one thing. 'Frozen 2' is coming out in theaters in 2019, you guys!" 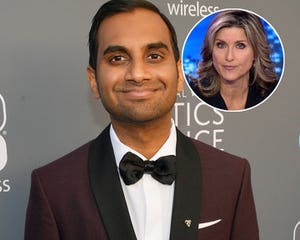 Sam Rockwell takes home the Actor® for Outstanding Performance by a Male Actor in a Supporting Role! #sagawards 🎭 pic.twitter.com/UhSyRs4r5z

Sam Rockwell didn't seem to realize quite how far the stage was, audibly muttering, "Oh shit!" before hustling to get up there so he'd have time to say a few words after winning Best Supporting Actor for "Three Billboards Outside Ebbing, Missouri." He made sure to thank his co-star, Frances McDormand, telling her, "You're a powerhouse. And I stand shoulder to shoulder with you and all the incredible women in this room to try to make things better. It's long overdue."

While presenting together, Rosanna Arquette talked about the #TimesUp movement, proclaiming of women, "Now we can control our own destiny." Then, in a moment of seeming impromptu sincerity, Marisa Tomei turned to her and said, "You are one of those voices, you are one of the silence breakers and we all owe you a debt of gratitude." Arquette teared up a bit at the recognition, but quickly moved to emphasize the other women who'd stood up alongside her, and that this is everyone's movement. 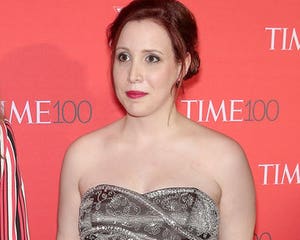 The first-ever host of the SAG Awards had some fun at the expense of her fellow actors, poking fun at their perceived vanity. In one segment she said that none of them were really paying attention to anything, but rather simply waiting to hear their name. She put it to the test by stringing nonsense words before saying Steve Carell, and he perked up. She even coaxed a standing ovation by saying Meryl Streep, and she wasn't even there!

Veep takes home the Actor® for Ensemble in a Comedy Series #sagawards pic.twitter.com/z0mzw2Lo6H

"I was hand-chosen because I play a spokesperson and am very well-spoken on the show and in real life, and so I was selected because I'm very good at large events and large audiences," Matt Walsh said unconvincingly after "Veep" won for Best TV Comedy Ensemble. Then he stammered and proceeded to thank everyone who wasn't there for "this wonderful Grammy." 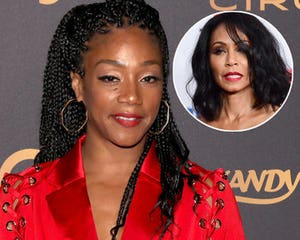 Alexander Skarsgard takes home the Actor® for Outstanding Performance by a Male Actor in a TV Movie or Miniseries! #sagawards 🎭 pic.twitter.com/40OJLZfEtK

"Big Little Lies" star Alexander Skarsgard threw some cheeky shade at one of his fellow nominees in his acceptance speech. He seemed genuinely shocked to win, facing off against such luminaries as Jeff Daniels, Robert De Niro, Geoffrey Rush and Benedict Cumberbatch. "A lot of people have been talking about who the greatest male actor ever is. Is it Robert De Niro, or that tall dude from 'True Blood?'" he asked, and then raising his trophy, added, "The thespians have spoken."

The co-hosts of the Critics' Choice Awards presented the award to the Best Actor in a TV Drama, with Niecy Nash quickly asking Olivia Munn if she could read out the name if Sterling K. Brown won for "This Is Us." Her reason? "Because he's black," she said as the camera showed her and Brown sharing a fist pump. She offered Munn any Asian nominees, but Munn lamented that the rest of them were white. When Brown won, Munn did let Nash shout out the name triumphantly.

After a 50-year friendship, Rita Moreno was thrilled to present the Life Achievement Award to Morgan Freeman. That friendship quickly became apparent when she interrupted his speech to tell him to lift up his hat. After he did so, Moreno said, "Okay, now we can see you." After a beat, Freeman shot back, saying, "You have no idea how long I had to put up with that."

He also took the opportunity to get political, making a comment about the SAG Awards statue. "I'm going to tell you what's wrong with this statue. From the back, it's fine, but from the front, it's gender-specific." He smiled and added, "Maybe I started something." 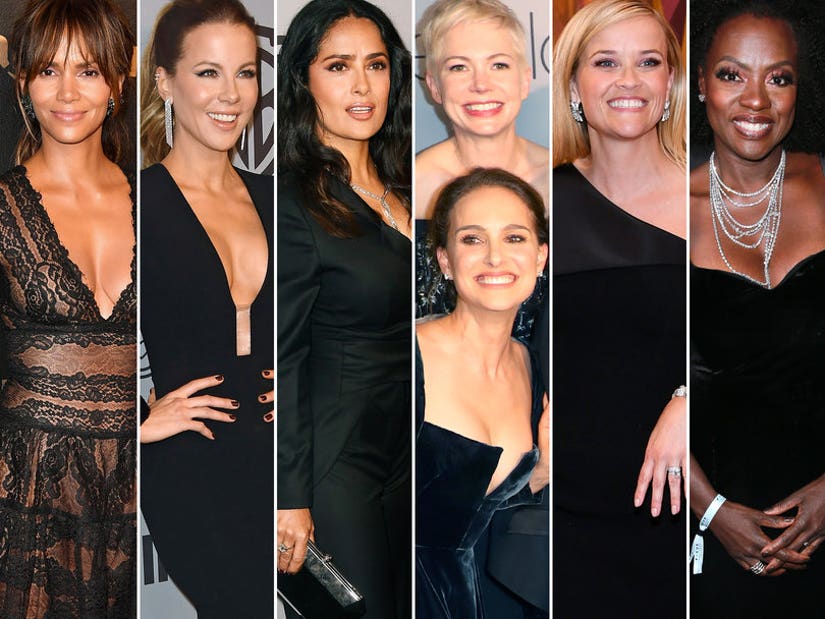 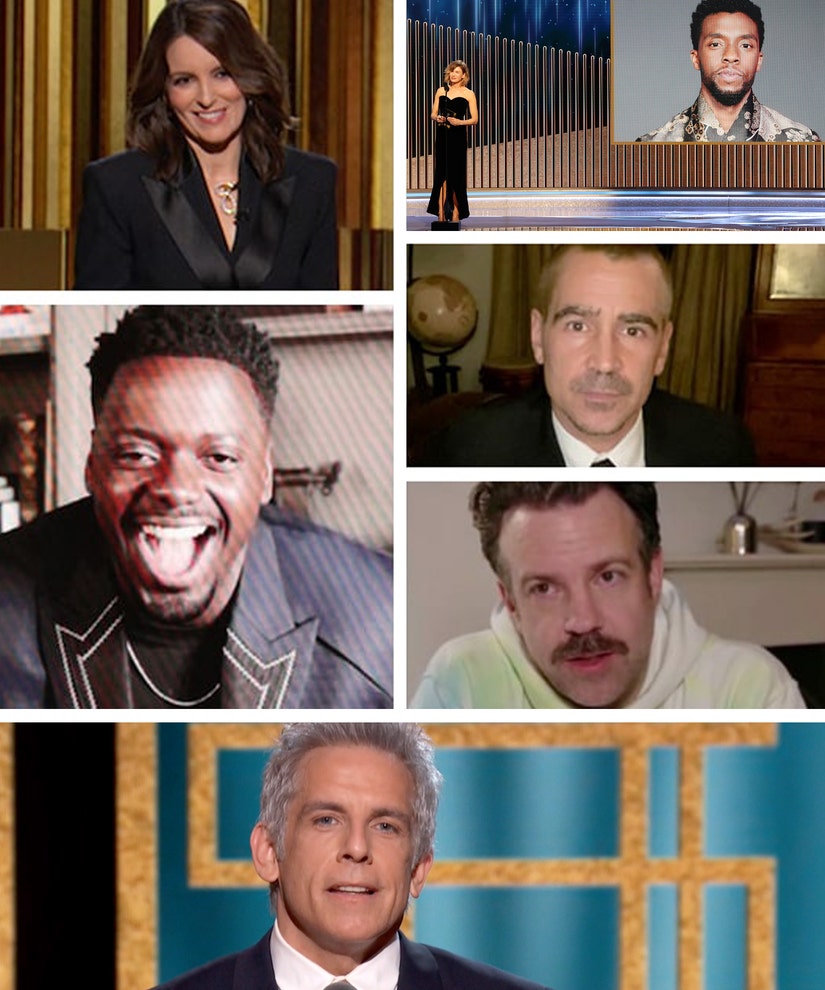 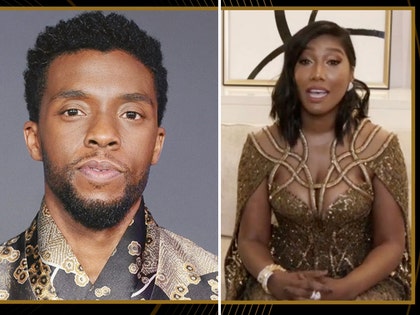 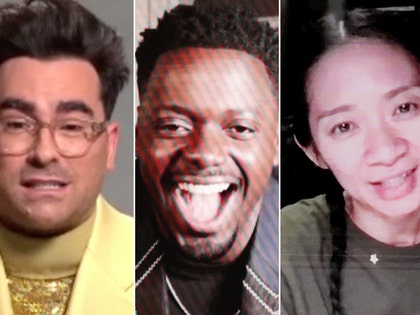 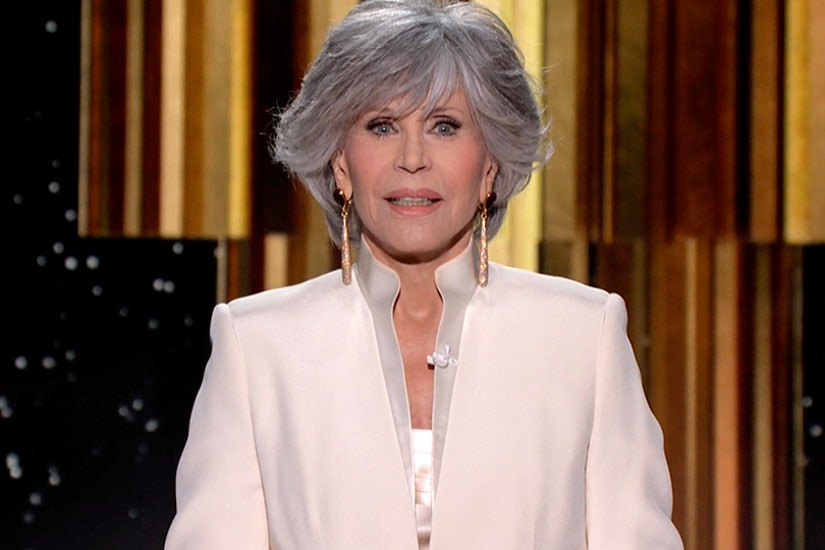 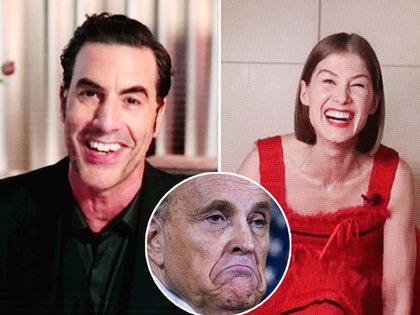 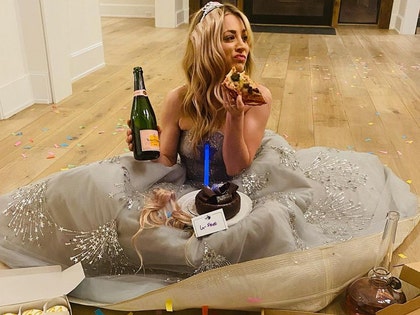 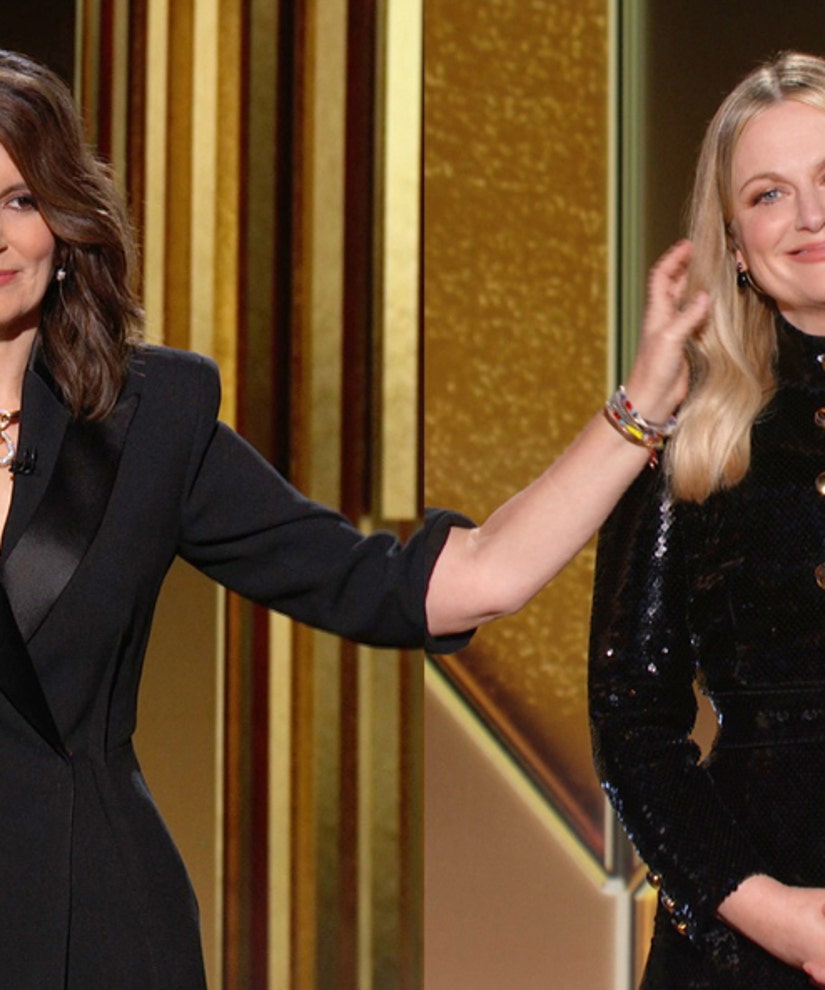 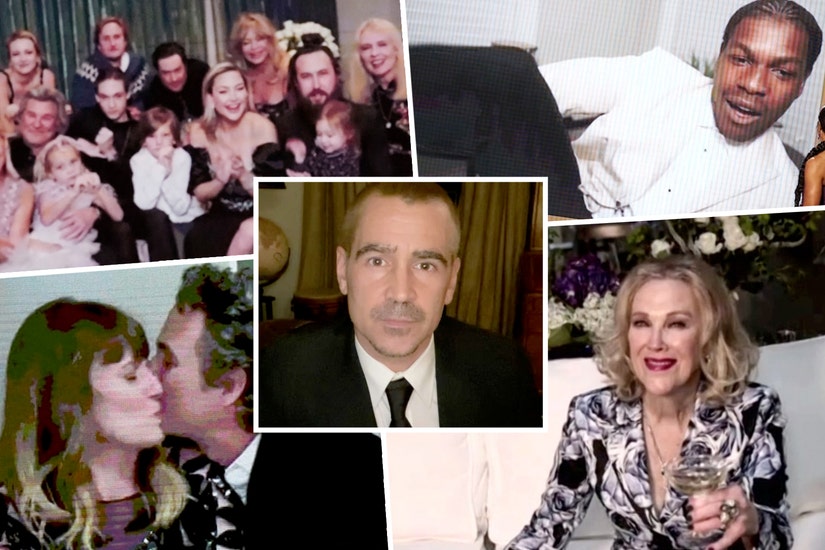