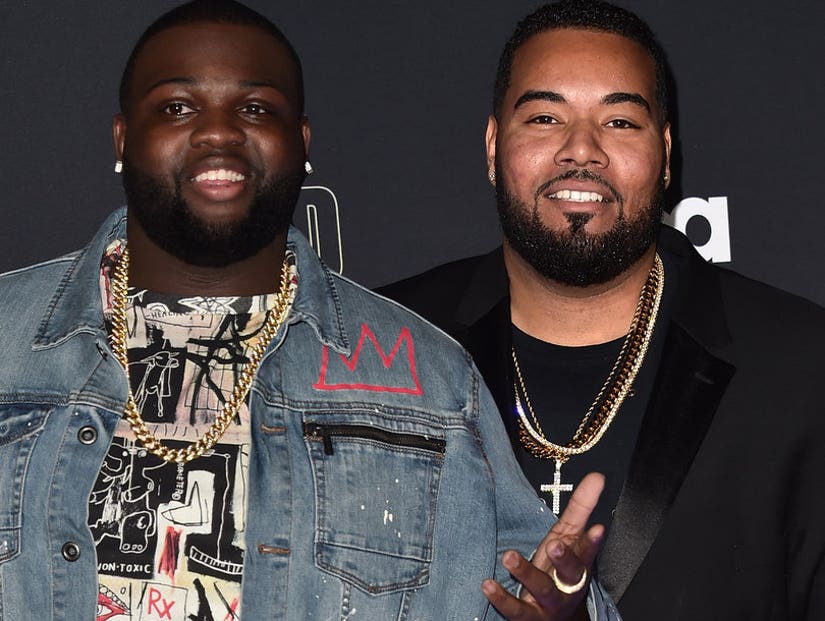 At least two of the stars of USA's new show "Unsolved: The Murders of Tupac and Notorious B.I.G." stars believe Tupac and Biggie may have survived to this day if the media hadn't created a beef between East Coast and the West Coast rappers.

TooFab sat down with Dominic Santana and Wavyy Jonez -- who portray Death Row founder Suge Knight and Biggie, respectively -- ahead of Tuesday's premiere of the limited series, which is told through the perspective of the detectives investigating the murders that have remained unsolved for over 20 years. 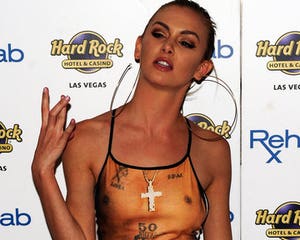 Jonez echoed his co-star's sentiment, adding: "The media played a big part in it because they just seen what they seen and they just said, 'Well, this is something good to report' and they just went out and made a big scene about something." He further went on to say that he believes the individuals involved could have let cooler heads prevail if given the chance. "They could have came together and could have squashed that whole thing, but it was just too far blown out of proportion to where they never had that opportunity," he said. 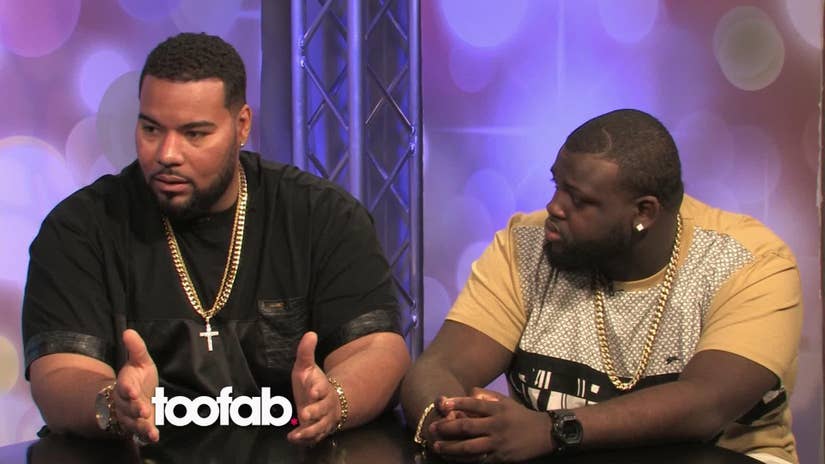 According to Santana, tension between the two labels started after a shooting incident at a party in 1995. P. Diddy's bodyguard, Anthony "Wolf" Jonez, ultimately faced trial for allegedly shooting Suge Knight's best friend and business partner, Big Jake [Robles]. Jonez and Diddy were found not guilty after a trial over the matter in 2001. At the time, though, the shooting erupted into a bitter feud between Diddy's Bad Boy and Knight's Death Row labels.

"[Tupac and Notorious B.I.G.] kind of became the faces or the mascots of the whole beef, but you get to see that the beef wasn't even really between them," Santana told TooFab. "But at the same time it was just incidents and miscommunications and then what you thought happened, wasn't really that. But on your side, you don't know so you're just mad and you've got the instigators like, 'See this is the stuff we're talking about, like, let's go to war! Then you look at it in the end and you're like, 'It didn't really have nothing to do with these guys, but they're the ones who ended up dead.' It's unfortunate, you know." 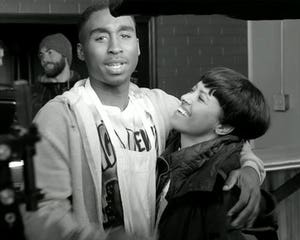 To this day, some of the key players still enjoy toying with the media, with Knight telling TMZ in 2014 that Tupac isn't dead.

"If he was dead, they'd be arresting those dudes for murder," he said. "You know he's somewhere smoking a Cuban cigar on an island somewhere." 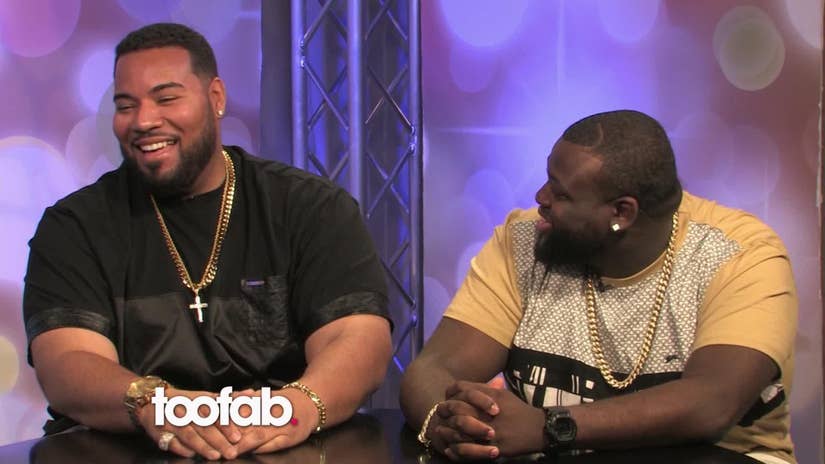 Tupac was shot in a drive-by shooting on the Las Vegas strip in Sep. 1996, with Biggie killed in a similar manner in Los Angeles in Mar. 1997. Since then, many fans have sworn that the music industry was forever changed with the losses of two such monumental figures in the rap community. Santana and Jonez also lay the finger of blame on the industry itself.

"I think we've actually had opportunities to have these artists like this, but the music industry shuns those people," Santana told TooFab, adding that "music has been dumbed down a lot."

"You have old guys making decisions that don't really know, don't really have their thumb on the heartbeat of the music anymore," Santana continued. "It's just a factory. It's become fast food."

Jonez thinks "everybody sounds the same."

"Music back in the day had it's own identity," he said. "They're all sounding the same and it's like they stay in the same studio and just rap the same lyrics over and over again."

While the duo were in studio, TooFab put them on the spot to spit out a few of their own unique rhymes to explain their journey on this show. Check their flow in the video below. 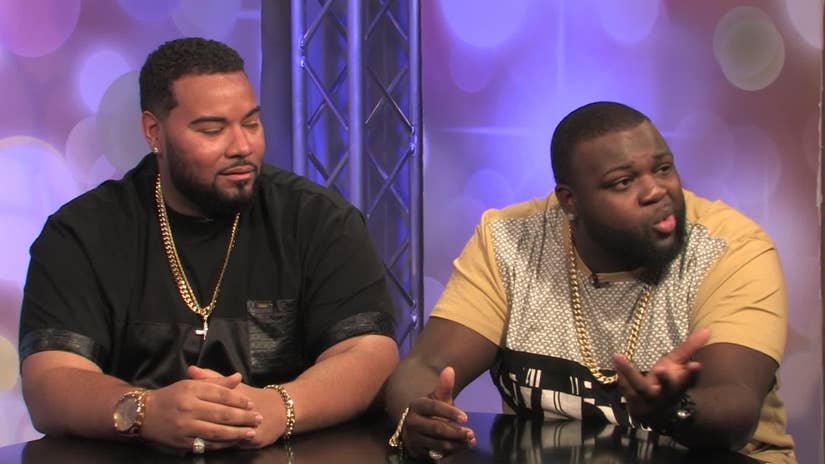 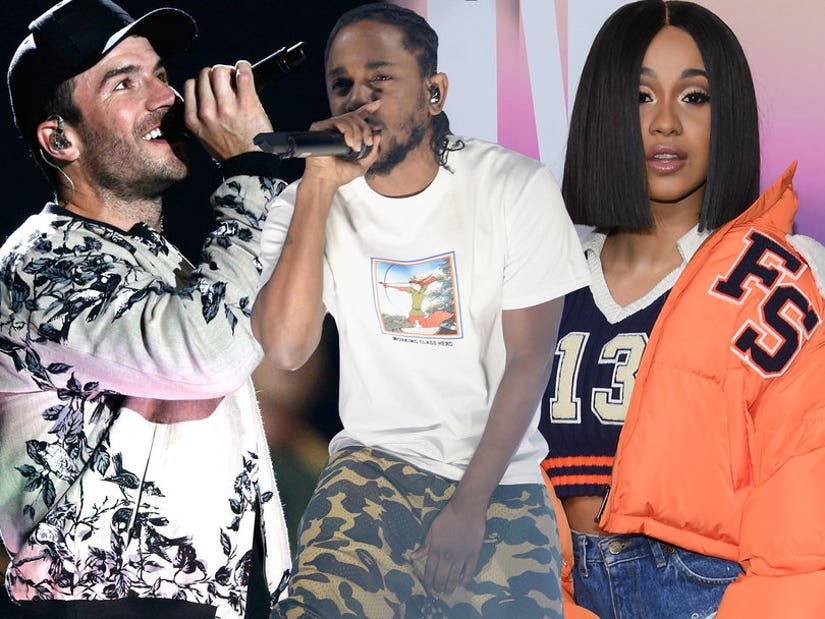