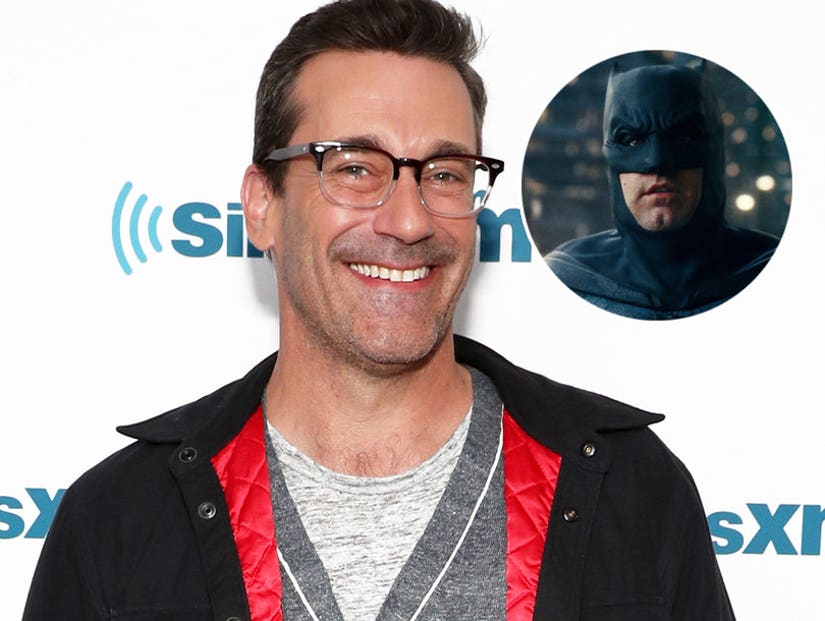 Will a Mad Man be taking on the mantle of the Dark Knight?

Amid a day of casting uncertainty in the Warner Bros. DC universe -- Henry Cavill is reportedly hanging up his Superman cape and Ben Affleck is said to be exiting Wayne Manor -- a new hero may rise to save the failing series of comic book franchise movies.

Iron-jawed and broad shouldered all-American male Jon Hamm is not opposed to donning the cape and cowl of DC's greatest detective, Batman.

"It depends on the script, what the story is," Hamm said in an interview with Graham Bensinger on "In Depth." "I am a huge comic book fan, always have been. I have read comic books since I was nine or younger. And I am pretty knowledgeable about a lot of them. And I like the genre, and I like when they are done well." 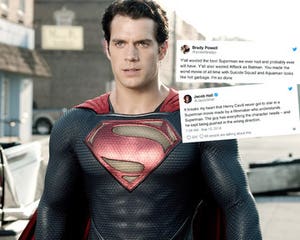 Although Hamm hasn't had any official conversations about playing Batman, he said, "I'd probably fit the suit. I'd have to work out a lot, which I don't love. But, I am sure there is an interesting version of that being out there. And if they wanted to tap me on the shoulder and ask me to do it: why not?"

Bensinger pointed out that fans have brought up Hamm's name when it comes to who they would want to be their Bruce Wayne. 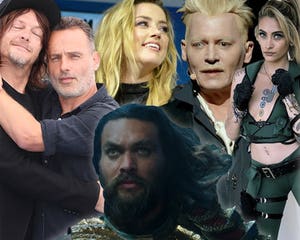 "I have had rumors about that since probably season one of 'Mad Men'," he said. "I have never had a conversation with anyone about it, literally. And I've sat in the room with all these guys. I have never been offered anything. I think the Internet wants what it wants. But, I mean, a lot of people have to sign off on that, obviously not just the Internet."

If Hamm were to actually take on the mantle of the Caped Crusader he'd be joining his 2016 "Keeping Up with the Joneses" costar Gal Gadot, who heads up WB's blockbuster hit "Wonder Woman," in the comic book universe.

While Page Six reported Affleck would be giving up his keys to the Batmobile, there have been murmurs of his exit for quite some time. However, it is not yet confirmed if the "Argo" star is out for good.

Similarly, despite The Hollywood Reporter's story on Wednesday, Cavill's manager tweeted that his client may not be letting go of the Kryptonian role just yet.

Be peaceful, the cape is still in his closet. @wbpictures has been and continues to be our partners as they evolve the DC Universe. Anticipate a WB statement later today.