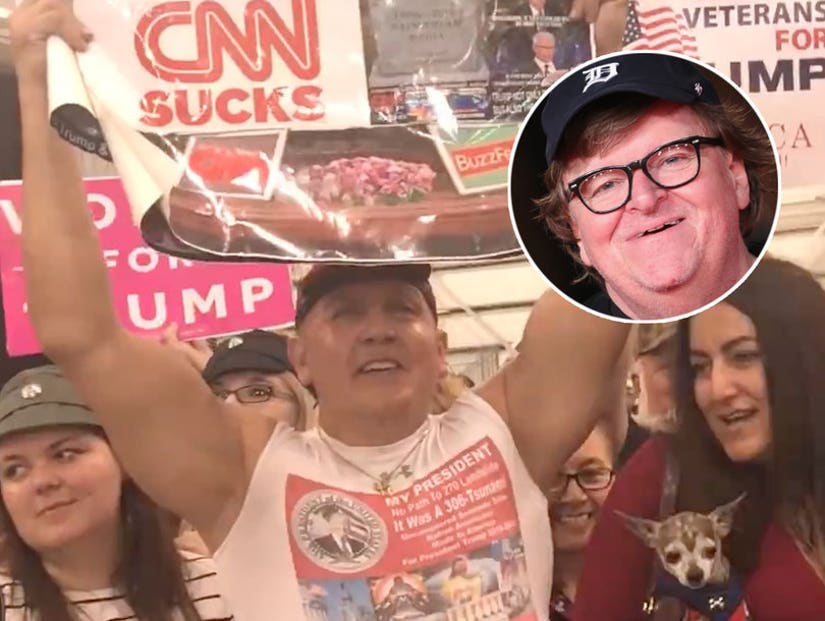 The "Fahrenheit 11/9" director believes this footage that didn't make the cut for his documentary shows something "profound" about the mental state of a man suspected of mailing bombs to prominent Trump critics.

Michael Moore captured Cesar Sayoc on camera at a Trump rally in 2017, and is encouraging everyone to share the footage, because he thinks it reveals something "profound" about the man nicknamed "MAGA Bomber."

Sayoc, 56, was arrested last Friday in connection to explosive devices mailed to high-profile critics of President Donald Trump, including former President Barack Obama, former Secretary of State Hillary Clinton, Congresswoman Maxine Waters, billionaire George Soros and even actor Robert De Niro. His Twitter pages also showed he threatened other Hollywood stars, including Jim Carrey and Ron Howard, online. FBI agents picked up Sayoc in Florida in his van -- notably covered in pro-Trump propaganda stickers -- after one of his fingerprints was found on a package concealing a bomb sent to Waters.

But in early 2017, Moore's crew working on his latest documentary, "Fahrenheit 11/9," filmed Sayoc cheering on Trump with other MAGA supporters at a rally Trump held a month after his inauguration. 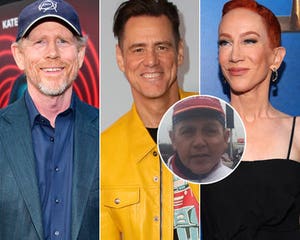 "Here in this outtake from 'Fahrenheit 11/9' is 3 minutes and 38 seconds of raw, unedited footage — and you can see what Sayoc had become by early 2017, his body grossly deformed into what he thought a man should be, muscles the size of basketballs, he's wearing a sleeveless white T-shirt, holding a big anti-CNN sign and, along with his fellow Trumpsters, is yelling at the journalists who had gathered in the media pen," the Oscar-winning filmmaker wrote in a blog post accompanying the footage.

"You'll see him two or three times, each for a few seconds, but if you pause on him you will also see something profound," Moore continued. "Underneath his threatening Hulk-like exterior, there is fear in his eyes and, for a quick moment, you can see he is already gone, a lost dog with no direction home."=

Sayoc appears in the video above at several points (0:42, 1:34, 1:44, 3:15). Moore and other like-minded people commenting on the footage are concerned there could be more Trump supporters who have been radicalized to the point of attempting more acts of terrorism in the name of the MAGA movement.

"What do we do with the thousands of other Cesar Sayocs?" Moore asked. "They have been told by Trump that they are at war —- WAR! —- against the rest of us, the vast, vast majority who believe climate change is real, who state without equivocation that women are equal citizens with an absolute right to control their own reproductive organs, who have seen how the free enterprise system is a hoax designed to destroy the middle class, and who demand that all people have a right to easily cast their votes without any interference. Cesar and his bros ARE at war, against all these things, against us, the majority, and they are at war inside of and against themselves."

Moore is confident "they will lose," but offered this ominous prediction: "not before they take a few of us with them."

So far, none of the homemade bombs Sayoc allegedly sent have done any damage. According to USA Today, he's scheduled to make his first court appearance on Monday before being transferred to New York City, where he will be prosecuted. He faces five federal charges, including interstate transportation of an explosive, illegal mailing of an explosive and threats against former presidents.

The day after Sayoc's arrest, a man who expressed bigoted, anti-Semitic views on social media killed 11 people during a mass shooting at a synagogue in Pittsburgh, Pennsylvania. Robert Bowers, 46, is currently in custody after getting injured in a shootout with police.

On Monday, President Trump blamed "fake news" for "division and hatred" in America, calling the press "the true Enemy of the People" after Sayoc sent explosive devices to CNN -- a media company the president constantly vilifies in his speeches and tweets.

The Fake News is doing everything in their power to blame Republicans, Conservatives and me for the division and hatred that has been going on for so long in our Country. Actually, it is their Fake & Dishonest reporting which is causing problems far greater than they understand!

There is great anger in our Country caused in part by inaccurate, and even fraudulent, reporting of the news. The Fake News Media, the true Enemy of the People, must stop the open & obvious hostility & report the news accurately & fairly. That will do much to put out the flame...

....of Anger and Outrage and we will then be able to bring all sides together in Peace and Harmony. Fake News Must End! 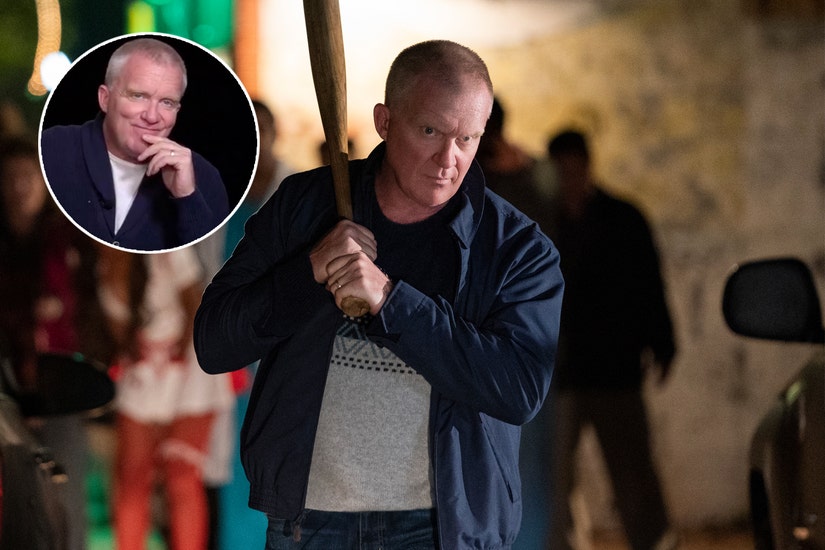 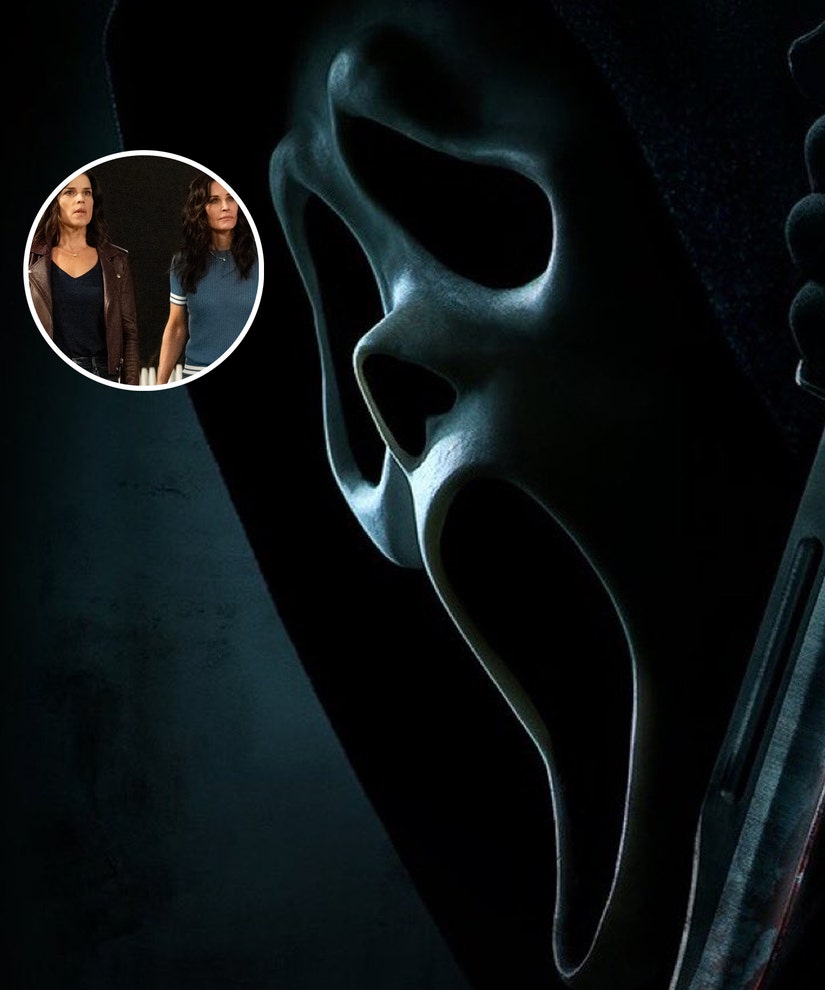 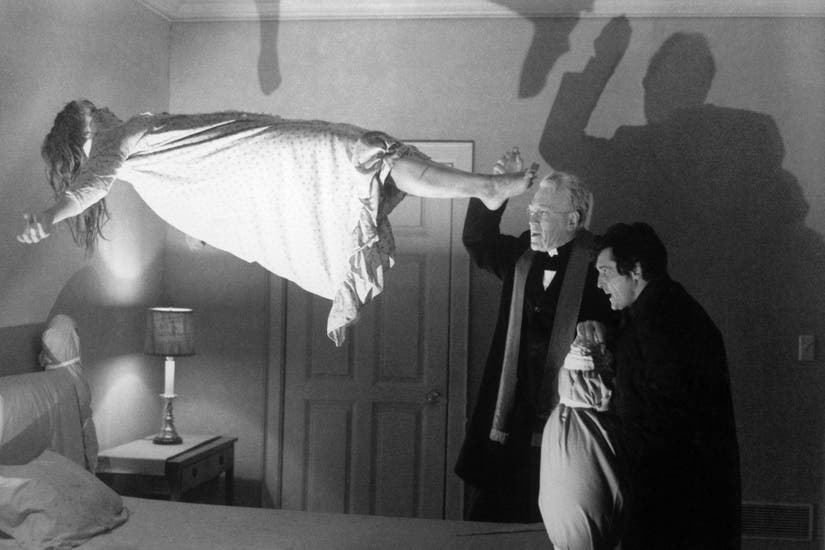