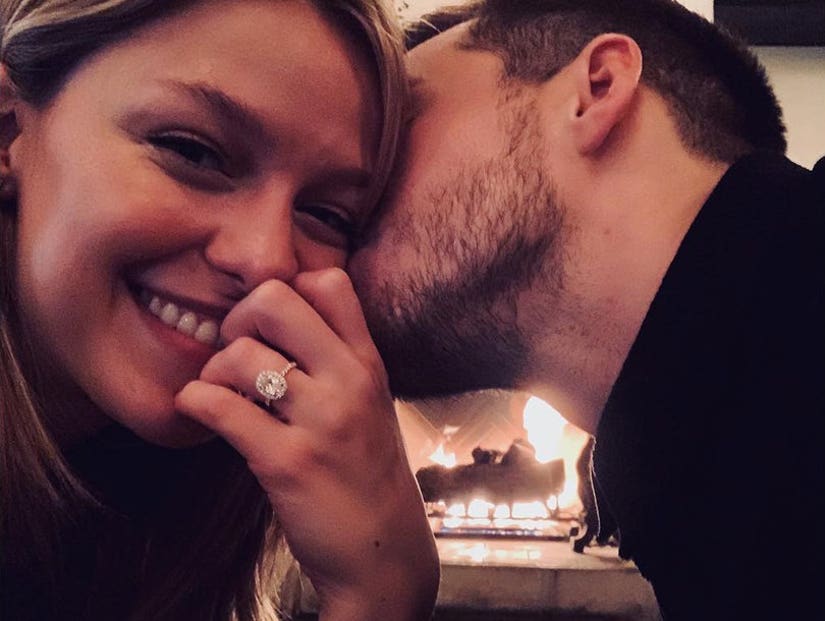 Congratulations are in order for Melissa Benoist and Chris Wood!

The actress, 30, announced on Sunday night that she is engaged to her "Supergirl" costar, also 30. Benoist shared a photo on Instagram of Wood giving her a kiss on the cheek as she flashed her gorgeous diamond ring, which was designed by Jen Meyer. She captioned the photo, "yes yes yes it will always be yes♥️."

Wood also posted the adorable photo to his social media, captioning the pic, "the happiest." The actor shared another photo -- one of he and Benoist smiling while dressed up. "not from our wedding BUT IT WILL BE SOON," he wrote alongside the sweet photo.

The "Glee" alum and "Vampires Diaries" star met on the set of "Supergirl," where Benoist plays the titular superhero slash journalist Kara Danvers. Wood joined the cast as her character's love interest Mon-El in 2016. According to People, the co-stars were already dating when they were photographed kissing in Cancun in July 2017.

Benoist and Wood haven't been secretive about their relationship and both frequently post photos with and of each other on social media. In fact, Benoist helped Wood launch his website "I Don't Mind," a campaign that helps raise awareness and end the stigma surrounding mental illness. The actress admitted that she's struggled with depressing and anxiety since she was a teenager.

Benoist was previously married to her former "Glee" co-star Blake Jenner. The couple announced in spring 2015 that they were already married. Benoist and Jenner split in 2016. Their divorce was finalized in December 2017. 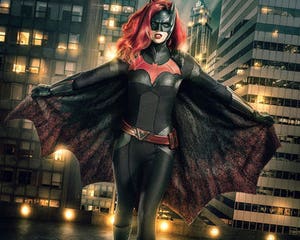 Ruby Rose Wigs Out In First Official Photo as Batwoman