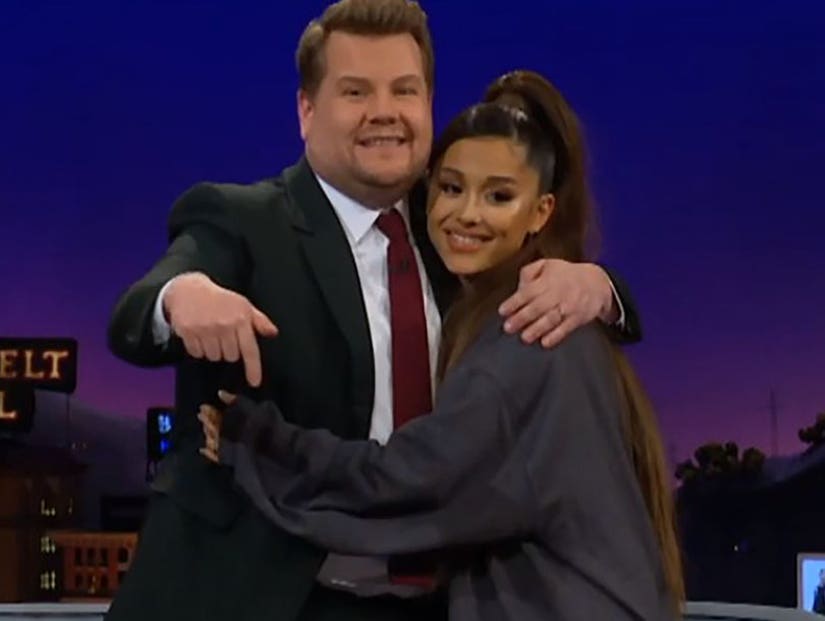 The "7 Rings" singer becomes the first artist since The Beatles to land in the top three spots on the Billboard Hot 100 at the same time.

Ariana Grande set up an adorable surprise for "The World's Best" contestants, adorable boy band the TNT Boys, on "The Late Late Show," coincidentally falling on a day she made Billboard history not once, but twice.

Of course, James Corden had to ask her to stick around, and she was so adorably awkward and apologetic over her achievements. She also admitted that she didn't even believe it at first. 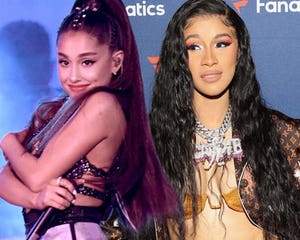 But it's not a joke. Ariana Grande became just the second artist in history to claim the top three spots on the Billboard Hot 100 charts. The last band to do it? Oh just a little foursome called The Beatles.

"It's really wild," Grande said of her new spot in music history. "My mom and I were driving around listening to The Beatles all day and I was like, 'This is crazy.' I was like, 'I'm so sorry, this is so weird.'"

Grande apologized over and over again, clearly uncomfortable as James Corden sincerely congratulated her on the monumental achievement. And it wasn't the only one she achieved, either. 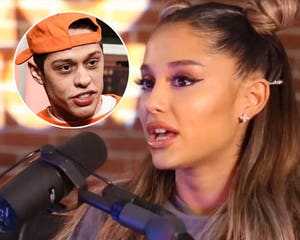 Ariana Grande Made a 'Different Version' of 'Thank U, Next' in Case She Married Pete Davidson

The "thank u, next" album is currently sitting atop the album charts, with all of its tracks sitting on the Billboard Hot 100. Eleven of them are in the Top 40, which gives Grande the new record for most simultaneous Top 40 tracks by a female artist, supplanting Cardi B.

But it was all clearly too much for Grande, who couldn't stop babbling or apologizing. "I'll take a break after this," she said to the audience. "I'll go away for a little, I promise."

When Corden insisted no one wanted her to do that, she shot back, "I do. I'm tired of my voice.'

That voice was on full display earlier in the episode when she pulled off the epic surprise on the TNT Boys, a young boy band with huge voices from the Philippines currently competing on Corden's other show, "The World's Best." 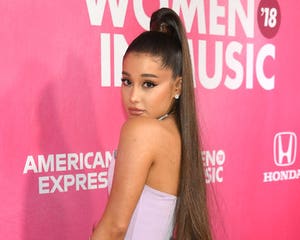 The boys had revealed to Corden already that they are obsessed with Grande, and so he teased them about her possibly watching and they sent love through the screen. Little did they know she was backstage and just waiting to ambush their performance by joining in about halfway through.

Their reactions when they realized who was coming up behind them is just too priceless and true precious. It was such a genuine moment of love and mutual appreciation, that might have been the best way that Grande could have celebrated her own musical milestone, by sharing that time with the next generation of greatness. 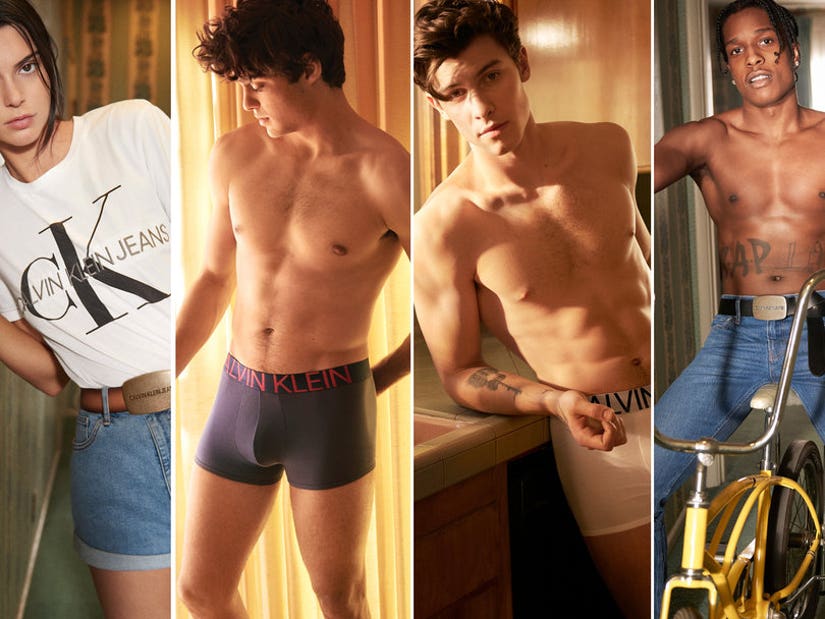