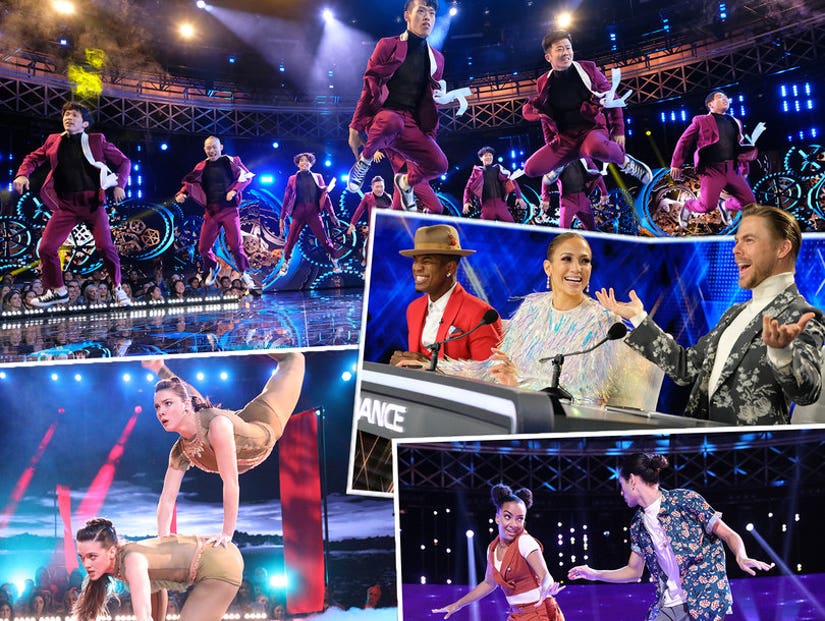 A shocking elimination leaves everyone stunned as the Upper Team and Junior divisions lose half their numbers.

It was another night with half the contestants getting the boot as the Junior and Upper Team divisions faced "The Cut" on "World of Dance."

For one of those groups it was a night of devastating shocks as the de facto front-runner found themselves walking out the door, proving just how unpredictable this show is. You never know who's going to step up and blow you away, and who's going to falter. 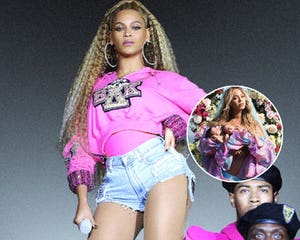 There were moves never before seen on this stage before from a ballet/contemporary hybrid to a b-boy/contemporary fusion to a Bollywood/robotics/dubstep piece that has to be seen to be believed.

After tonight, "The Cut" is over and there are 12 acts left in the competition, three from each of the four divisions. From here, it's just two more steps to the million dollar prize. First up, "The "Divisional Final" next week and then it's all over in two weeks with "The World Final." 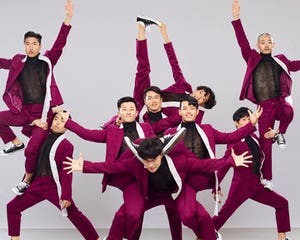 (Junior) Easily one of the most creative acts on the season, this duo brought it again with a routine filled with so much charm and humor and fun. It's impossible to watch them and not break into a smile. There were a few parts where their tandem work was a little out of sync, and they don't really do huge "wow" moments, but what they do is so solid and entertaining. Perhaps the biggest highlight, though, came after when J.Lo's son came up and straight up asked if he could wear one of their helmets before giving them a so-so review.

(Junior) Lauren has been leading her division since the beginning, but lacked emotional connection. So this time, she danced for her mother, but in rehearsal it was still all play-acting. And when it came to the performance, it didn't feel fully authentic still. Lauren is an amazing technical dancer, but she had a few unexpected wobbles when she was on one foot. She's making progress to be a more well-rounded, rather than just a technical dancer, but it is a process.

(Junior) The table prop was pretty well used throughout the routine, though there was one terribly missed body drop that was glaringly obvious. That said, while there were some neat stunts with the table, it felt like there were also missed opportunities to make the piece even more visually striking. Plus, the battle that started the piece didn't really carry through the narrative, leaving it a little puzzling what the dance was about. 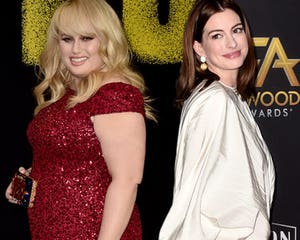 (Junior) This piece really came together nicely, with J.Lo urging them to clean up the storytelling of the girl playing hard to get. They played it brilliantly from the technical quality of the dancing to the performance from both sides, but particularly from Charlize. It's amazing that they hit with the exact same hardness and they synchronicity is just through the roof. These two are becoming legitimate threats to everyone in this competition and they're still growing as artists.

(Junior) Kayla did a great job of incorporating J.Lo's note to be able to transition from hitting hard to the soft delicacy of ballet. She has created a fascinating hybrid of pointe and contemporary that is unlike anything anyone has done on the show and it was showcased very well here. There were a few points where it looked like she was walking into her next move rather than dancing through it, but Kayla is growing leaps and bounds just from when we first saw her here, gaining a better sense of who she is through this process.

(Junior) Far and away, this was the best performance these sisters ever gave us. It had heart and meaning underneath the incredible strength and technical skill they bring. They were so together it's almost uncanny to watch, like they genuinely are working with a hive mind or something. Their athleticism is unparalleled in this division and it was used in so many clever ways throughout this piece, it was filled with "wow" moments and emotional strings. 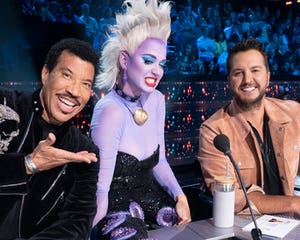 (Upper Team) The guy who did the last trick run hit it so hard he was late into the final pose, but that was just premature celebration that they really rocked that stage hard. This was a piece filled with lots of energy, some great and clever visual choreography and some pretty neat tricks along the way. We've seen harder hitting crews and crews with bigger tricks and more mind-blowing stunts, but they were very clean and certainly looked more confident.

(Upper Team) The team to beat coming into this round, the Kings were coming off of a perfect score from Ne-Yo. Once again, they came out with tricks we've never seen before, but it did seem like there were less of them. Ne-Yo told them to streamline it, but did they take that a bit too far? There was a lot -- a lot -- of visual tricks in formation and while those are fun, it almost started to get a little dull because we were aching for another sick trick. The ones we got were insane, though.

(Upper Team) While this was an ingenious concept with a prop, using a cane to represent how dancers age out of their craft so quickly, it wasn't quite utilized to its full potential. Usually one of the most visually exciting teams to watch, this one fell a little flat. They were still perfectly in sync and had some fun visuals, but we gave up mind-blowing tightness and musicality for wobbly legs. The message was presented a little too directly, perhaps. 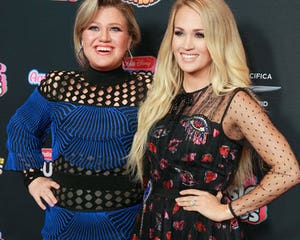 (Upper Team) Why did it feel like every trick went a little wrong? They landed a little short, dropped a little more than they should have or something. And there weren't that many of them. In fact, the whole piece felt like it was almost ready to explode and be something amazing and then it just never quite does. They're a solid crew that works well together, they have great timing and chemistry, but they're not pushing hard enough in choreography or even performance and personality.

(Upper Team) Even had we not known the story of this piece we would have felt it because the emotion was so palpable and so raw. We may not have known why we were feeling so deeply, but it would have happened. It's a testament to the restrained emotion they performed with behind really impressive and controlled technique. With so many dancers, this could have become a mess, but it was choreographed so intelligently and beautifully, they really did a great job of connecting, even though their timing was off at a few points.

(Upper Team) A b-boy crew that adds storytelling and a sense of contemporary to their routines, they nevertheless knew that this was a competition and brought forth some of the craziest stunts we've seen yet. That leg-pretzel-roll thing was-- it was bananas! If this piece was them coming out from behind their masks, damn did they come out with a vengeance. Already impressive, this may have been their strongest piece yet. The tricks were crazy but there was actual emotional content as well as they showed their growing confidence throughout. Plus, the dude on his head, come on! Ne-Yo gave them a perfect score for that one. 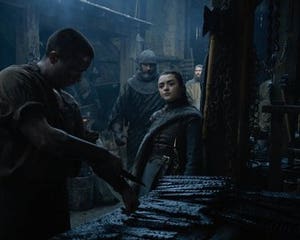 For the Junior division, it was a huge upset to see front-runner Lauren Yakima falter like she did. But she's young and still maturing as a dancer and as a person, and once she learns to incorporate genuine emotion without sacrificing control she'll be a powerful force.

The real surprise has probably been Julian & Charlize who've surged in recent rounds and really found their creative voices. Kayla Mak becomes the third "Redemption" winner to advance, which is just a crazy statistic, while Ellie & Eva become the front-runners after Lauren's fall and an amazing routine in their own right.

This year's Upper Team division is just broken with talent, to the point it's going to almost seem unfair to see some of them go over people in other divisions. The Heima took off their masks and elevated their game so much they're in a dead heat with The Kings, who've been making a statement to win this whole thing since day one.

Unity LA rounds out the top three, and really these three acts have dominated this division since Day One. From here, it's going to be a bloodbath. 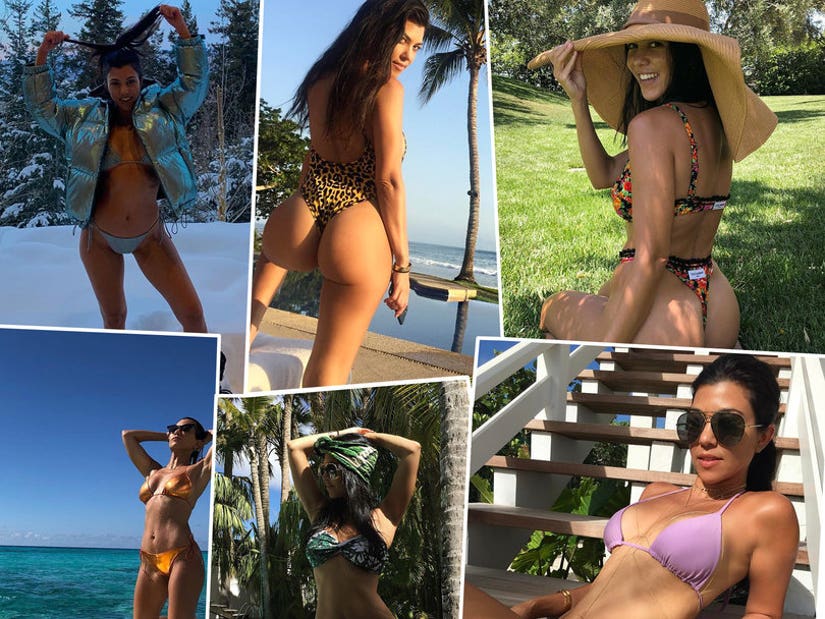